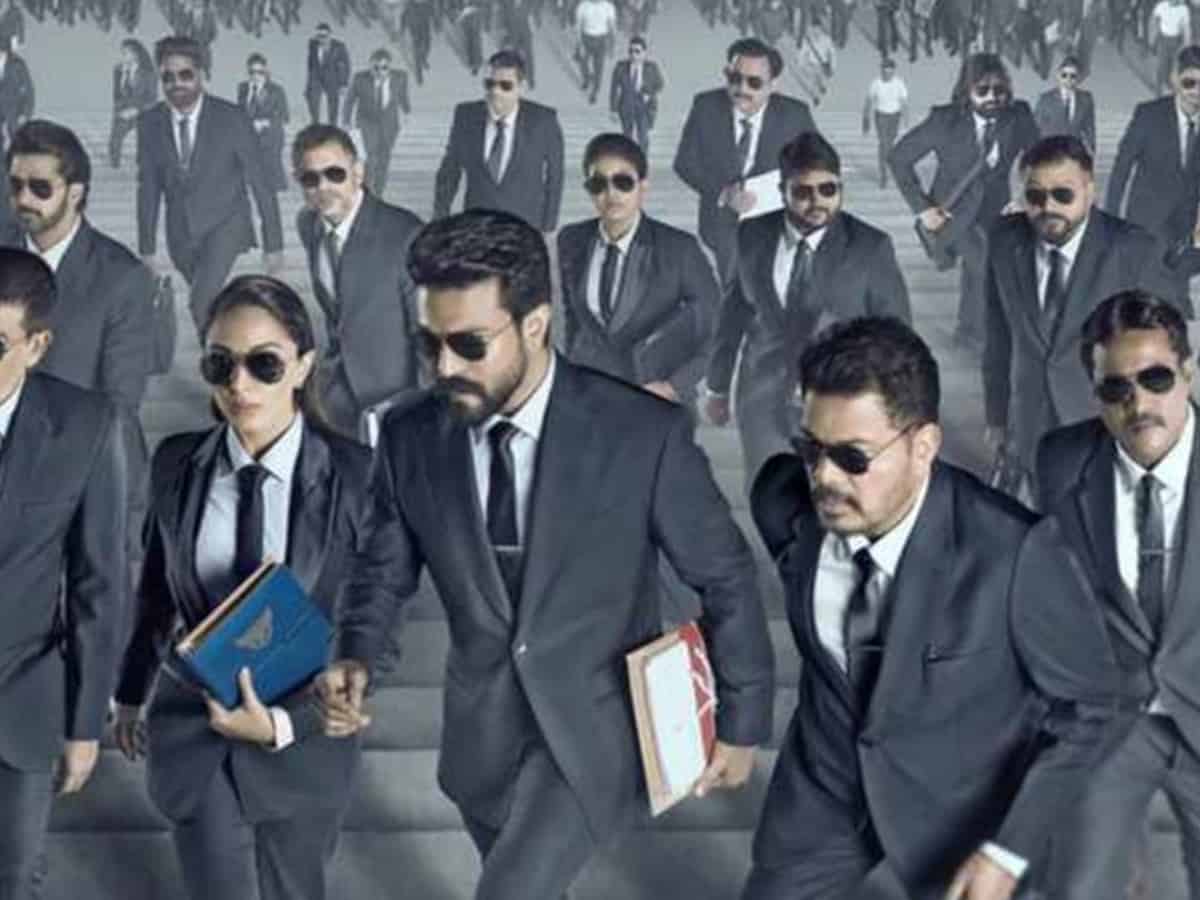 Hyderabad: Telugu actor Ram Charan is working under Shankar Shanmugham, who is one of the most popular directors of Indian cinema. The anticipation around the movie is obvious, considering the magnitude of this much-awaited combination.

The makers of ‘RC15’ (Tentatively titled) had planned a shooting schedule, which is now wrapped up. It is reported that Ram Charan and his team have wrapped up the first schedule of shooting in Pune, Satara, and Phalton. The sources report that the team has shot some adrenaline-pumping sequences, which would probably stand as the highlight from this upcoming movie. The whole cast and crew led by Shankar, merrily pose for the pictures after a successful schedule.

This untitled movie marks the second collaboration of Kiara Advani with Ram Charan Tej after the movie ‘Vinaya Vidheya Rama’. Actors Advani, Jayaram, Anjali, Sunil, Srikanth, and Naveen Chandra are to appear in significant roles in the movie.

Since this is the 50th venture of Dil Raju’s Sri Venkateswara Creations, the producer has invested a huge budget. The yet-to-be-titled movie is being made in multiple languages.

S.S. Thaman composes the music, while the lyrics are penned by Ramjogaya Sastry, Ananth Sreeram. The dialogues are by Sai Madhav Burra. Tirru is wielding the camera, while Anbariv is handling the choreography. It is produced by ‘Dil’ Raju and Shirish and presented by Anitha.