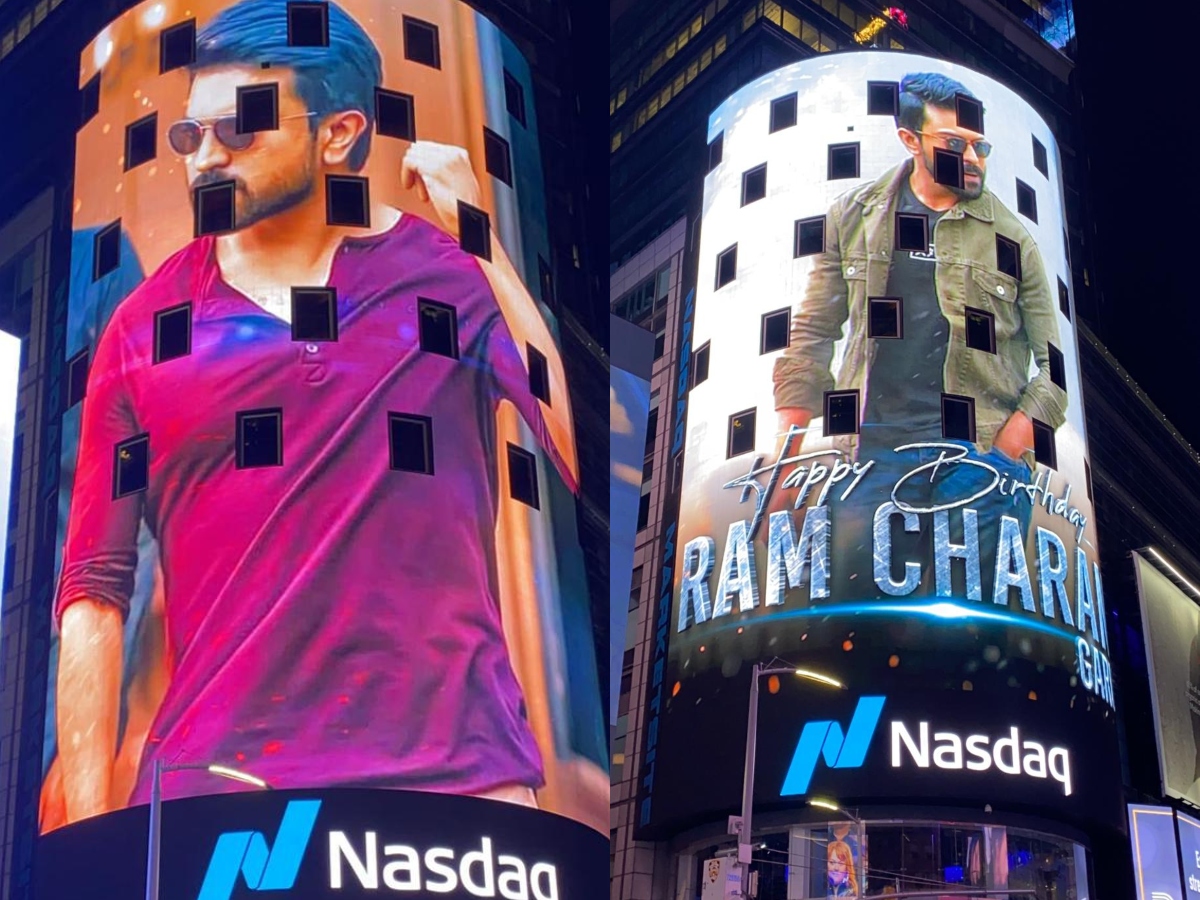 Hyderabad: One of the most celebrated actor in Tollywood is megastar Chiranjeevi’s son Ram Charan Tej. Fondly called ‘Mega Power Star’ by his fans and admirers, the actor is celebrating his 36th birthday today. Social media is flooded with best wishes, with special posts, trending hashtags, customised pictures and videos.

Amongst this, what has come as a huge surprise to Ram Charan’s fans is when New York’s iconic Times Square displayed 3D images of the actor on his birthday.

Ram Charan became the first South actor to bag this honour on the popular arena and ever since the pics and clip came out this morning, social media is flooded with congratulatory messages to Tollywood’s Mega Power Star.

His wife Upasana Kamineni took to her Twitter handles and shared the video clip of the same and wrote, “This is just WOW 🤩 what a sweet gesture Thanks for all the love 🤗 @nasdaq #usa #newyork #timessquare.”

His journey in the world of cinema

Son of ppopular actor Chiranjeevi, Ram Charan made his big-screen debut as a hero with the Puri Jagannadh directorial Chirutha in 2007. In his 12-year career, he has delivered 12 movies.

Ram’s hit flicks include Magadheera (2009) and Rangasthalam (2018). These two films elevated him to the top of the charts in the Telugu industry. The actor has SS Rajamouli’s RRR and Acharya as his next release.

On the eve of Ram Charan’s birthday, the makers of RRR and Acharya have unveiled. RRR’s new poster shows the actor flexing his muscles in the attire of revolutionary freedom fighter Alluri Sitarama Raju. In ‘Acharya’ poster, he can be seen walking alongside his father Chiranjeevi with a rifle in hand and donning naxal uniform.