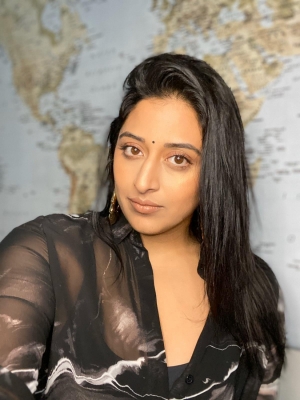 “Growing up, Venkatesh was my favourite hero in the house. It feels almost full circle to celebrate his birthday in this manner with my very first Telugu song,” Kumari said.

She continued: “I originally wanted to title the track ‘Victory’ instead of ‘Attention Everybody’, though at its very core this track is an anthem that celebrates the spirit of triumph, abundance and celebration. The process of finally singing in my mother tongue was the most rewarding experience.”

“Going forward Rana and I are quite eager to build and nurture the independent pop Telugu scene by putting out more songs in this style and also discover talented Telugu rappers and artists that we can collaborate with. I hope my fans and Telugu family are happy around the world,” she added.

Talking about the song, Rana said: “Style Swag and everything I learnt was from him! Couldn’t find a better start to bring out the first South Bay T-Pop song than aAttention-Everybody’! Best one for his fans who loved the old one and working with Raja Kumari truly brought about an international vibe to the song and was happiest to bring her to rap and sing in Telugu.”