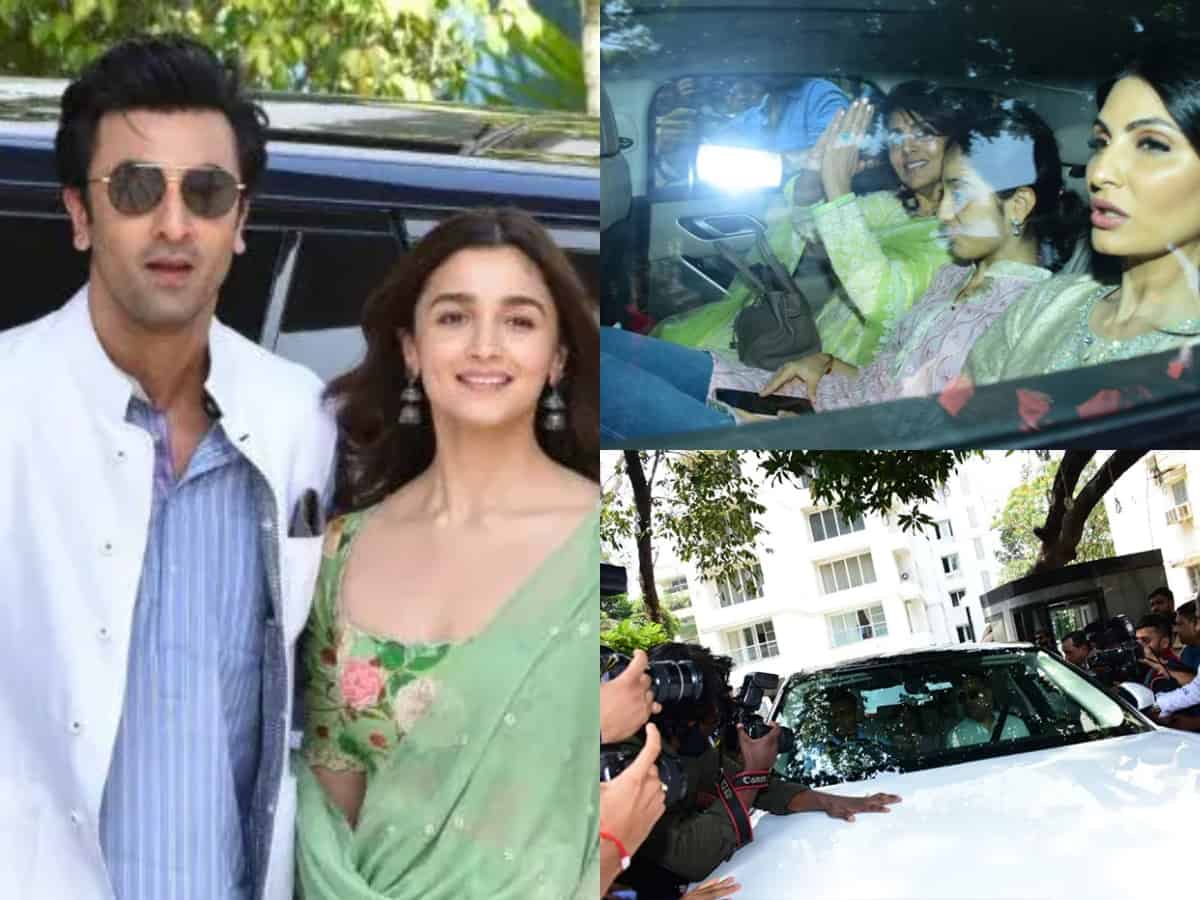 Mumbai: As B-Town braces for the big fat wedding of Bollywood power couple Ranbir Kapoor and Alia Bhatt, the festivities have already kicked off with guests swarming to the marriage venues.

Ranbir’s mother Neetu Kapoor was seen arriving at Ranbir’s Vastu residence in Bandra area of Mumbai along with her daughter Riddhima Kapoor Sahni, granddaughter Samara and son-in-law Bharat Sahni for the pre-wedding festivities.

In addition, Natasha Nanda too arrived at the actor’s residence sporting a blue traditional ensemble and matching facemask. She was followed by her aunt Reema Jain who smiled for the paparazzi lined up at the venue. A white coloured air-conditioned van with its blinds drawn was also seen arriving at the premises, perhaps for the purpose of bringing in a couple of wedding attendees.

Earlier, the three Kapoor properties – Ranbir’s Vastu residence, RK Studio and Krishna Raj Bungalow were decorated with lights to set the ball rolling in motion for the festivities. The couple will reportedly tie the knot on Thursday, April 14.