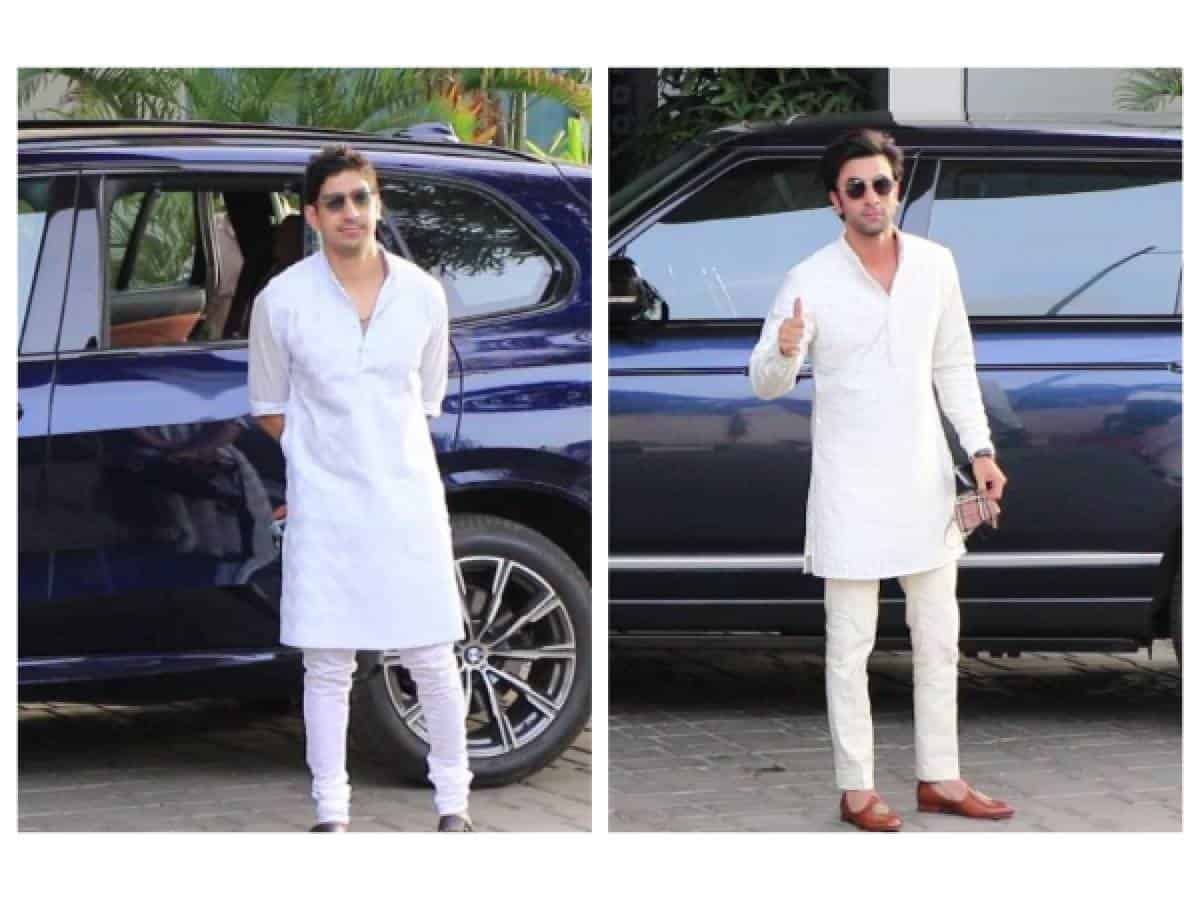 On Tuesday morning, Ranbir was spotted with director Ayan Mukerji at Mumbai’s airport.

As per reports, Ranbir and Ayan left for Visakhapatnam for some work related to ‘Brahmastra’.

Several images from the airport have surfaced on the internet in which the director-actor duo is seen twinning in white kurta-pyjama.

For his airport look, Ranbir opted for a short white kurta that he wore over his white pyjama. He completed his look with black sunglasses and a pair of brown shoes.

‘Brahmastra’ is scheduled to hit the theatres on September 9. Amitabh Bachchan, Mouni Roy, and Nagarjuna are also a part of the film, which is based on the themes of mythology and sci-fi. (ANI)