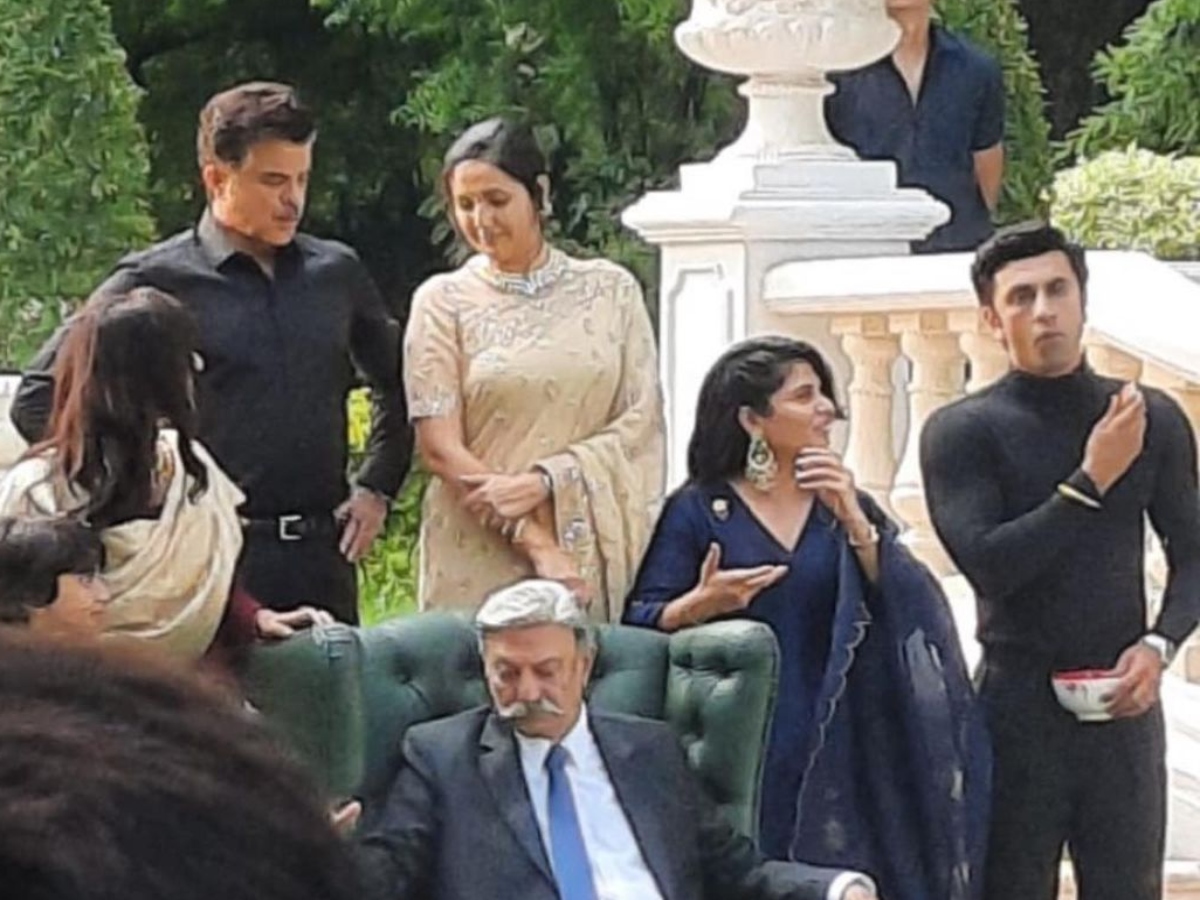 New Delhi: Bollywood actor Ranbir Kapoor’s look from his upcoming gangster drama film ‘Animal’ has leaked online, as the actor shoots for the film with Anil Kapoor in New Delhi.

A picture surfaced over social media in which the ‘Saawariya’ actor could be seen in an all-black clean shaved look with veteran actor Anil Kapoor standing behind him and other star casts of the film.

According to various media reports, the makers of ‘Animal’ are currently shooting their film at the Pataudi Palace in New Delhi after wrapping their Manali schedule.

Soon after the picture was shared online, fans flooded the comment section with fire and heart emoticons.

Apart from Ranbir and Anil, the film also casts actors Bobby Deol and Rashmika Mandanna in the lead roles.

Directed by the ‘Kabir Singh’ director, Sandeep Reddy Vanga, previously actor Parineeti Chopra had to play the lead opposite the ‘Yeh Jawani Hai Deewani’ actor, but due to some unknown reasons, she took a step back and then south beauty Rashmika replaced her in the film.

Apart from that, he will be next seen in Dharma Productions ‘Brahmastra Part one: Shiva’ with Alia Bhatt and Amitabh Bachchan. The film is all set to hit the theatres on September 9, 2022.