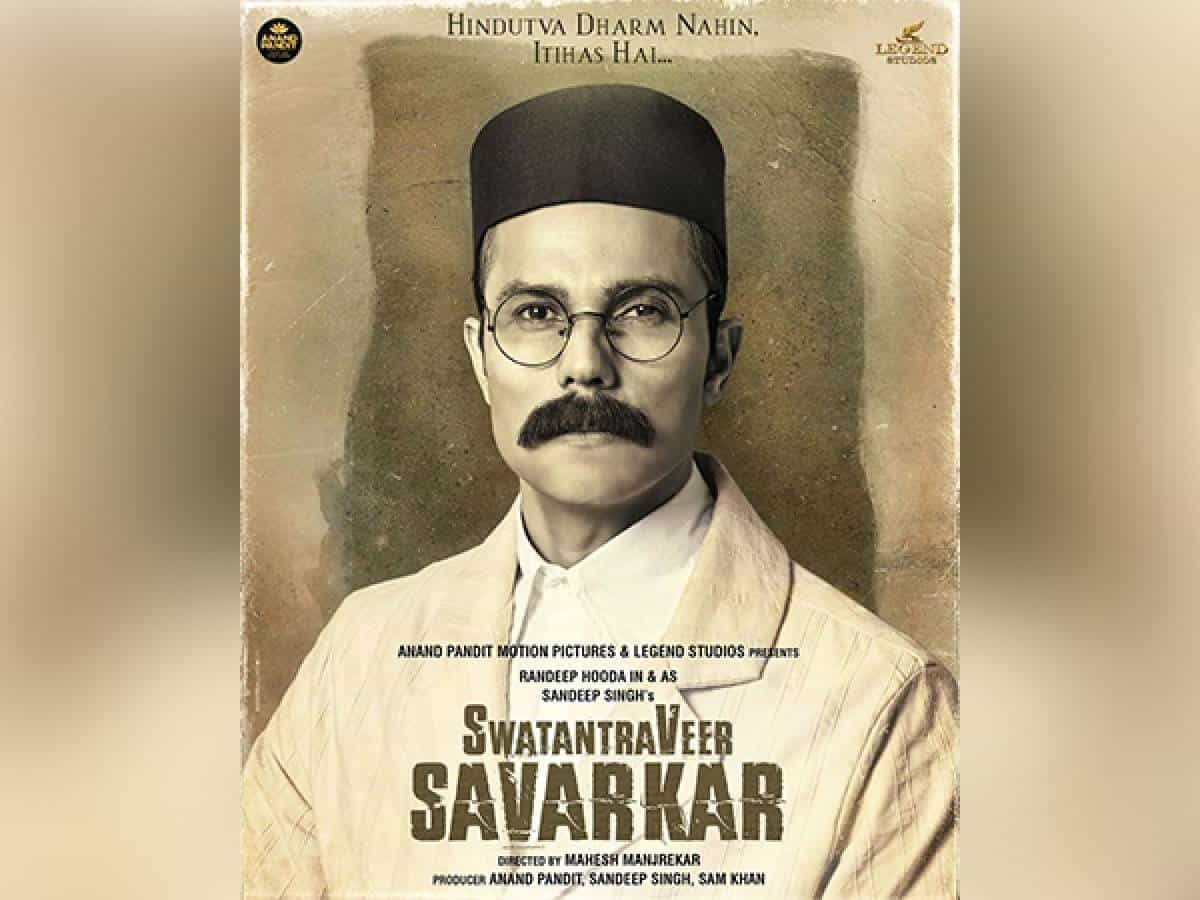 The film is a biopic of freedom fighter Vinayak Damodar Savarkar, popularly known as Veer Savarkar.

The ‘Sarbjit’ actor took to his Instagram handle and dropped the first poster of the movie, in which he will be seen portraying Vinayak Damodar Savarkar.

Sharing the look, Randeep wrote, “This is a salute to one of the tallest unsung heroes of India’s struggle for freedom and self-actualisation. I hope I can live up to the challenge of filling such big shoes of a true revolutionary and tell his real story which had been brushed under the carpet for so long..

Wishing you all a very Happy #VeerSavarkarJayanti”, while giving the same caption to the video too.

The film will soon go into production. Mahesh Manjrekar will direct the film.

Vinayak Damodar Savarkar was born on 28 May 1883 in Maharashtra’s Nashik. He was a freedom fighter, politician, lawyer, and writer. Savarkar is known for coining the term ‘Hindutva’.