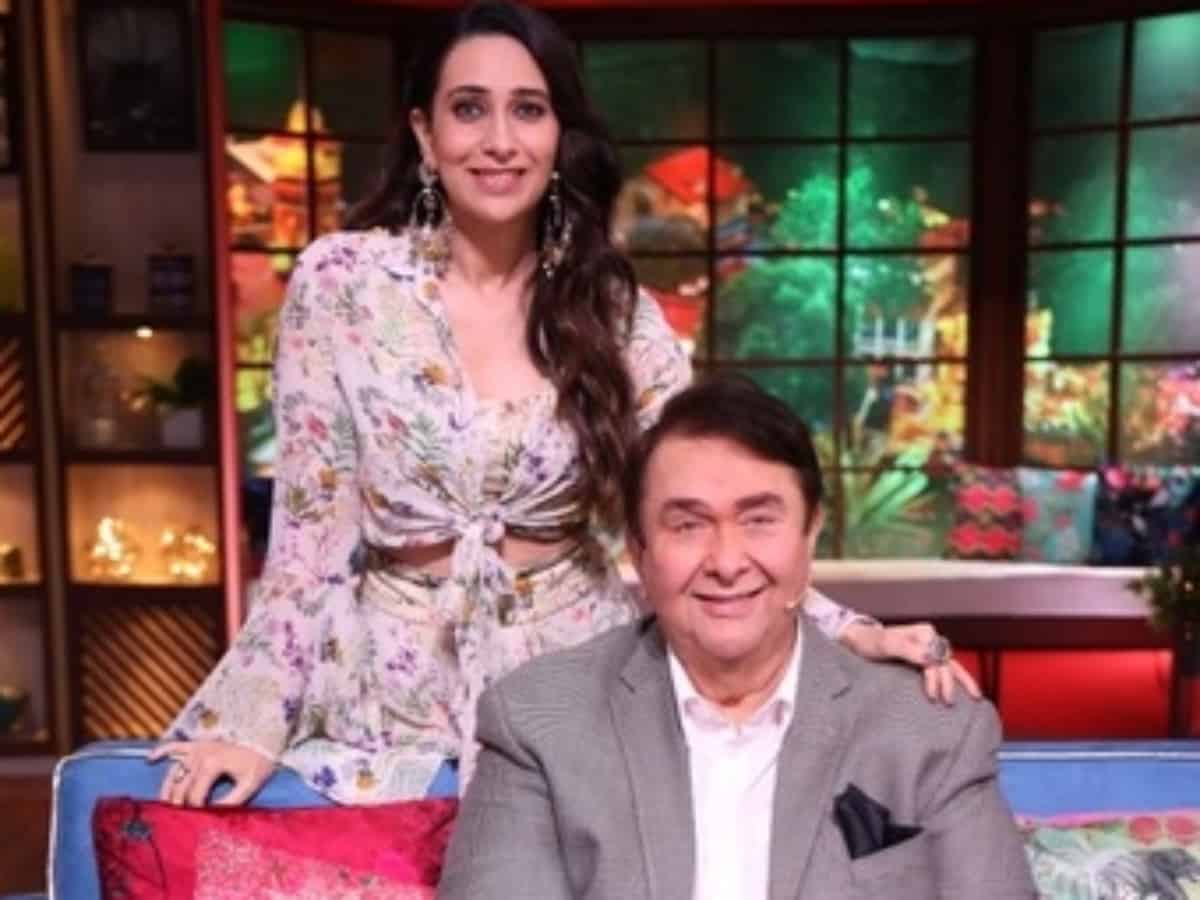 Mumbai: Bollywood actor Randhir Kapoor along with his daughter Karisma Kapoor will be seen as special guests on ‘The Kapil Sharma Show’. During the show Randhir Kapoor will be revealing a lot of interesting stories including the time when he directed his father, the late Raj Kapoor and his grandfather, the late Prithviraj Kapoor, for the film ‘Kal, Aaj Aur Kal’ in which he also acted.

In conversation with his guests, host Kapil Sharma asked Randhir Kapoor about his first film ‘Kal, Aaj Aur Kal’ and how scared he was directing his own father and grandfather, Raj Kapoor and Prithviraj Kapoor who were the stalwarts of the Bollywood Industry.

Randhir replied that he was very scared: “I was very scared. My father told me that I know you want to be a director and an actor. I have heard a story that I liked and I want you to make it, I want you to direct it.” Karisma Kapoor also added that he had to act in the film as well, alongside his father and grandfather.

Continuing the story Randhir reminisced: “I got a little scared thinking how will I cast for this film? When I heard the story, I thought that I need Prithviraj Kapoor and Raj Kapoor for the film, and on top of that I even wanted to work in this film with them, so then I thought how will all three elements come together?”

The actor then went to his father for advice: “I asked my father how will all these things happen? He said “Why? When you want to do it, do it. I have dropped you off in the sea, if you can swim, you will swim. And if you won’t be able to swim, you could never have been an actor or a director.”

Kapil Sharma then spoke about how greatness is defined in small moments like these, “This is how you know about a great personality! Raj sahab saw the talent in him (Randhir Kapoor) and said go and jump in the sea you will learn how to swim. For us, we become the butt of jokes if we click two distorted pictures of someone at a family function.”