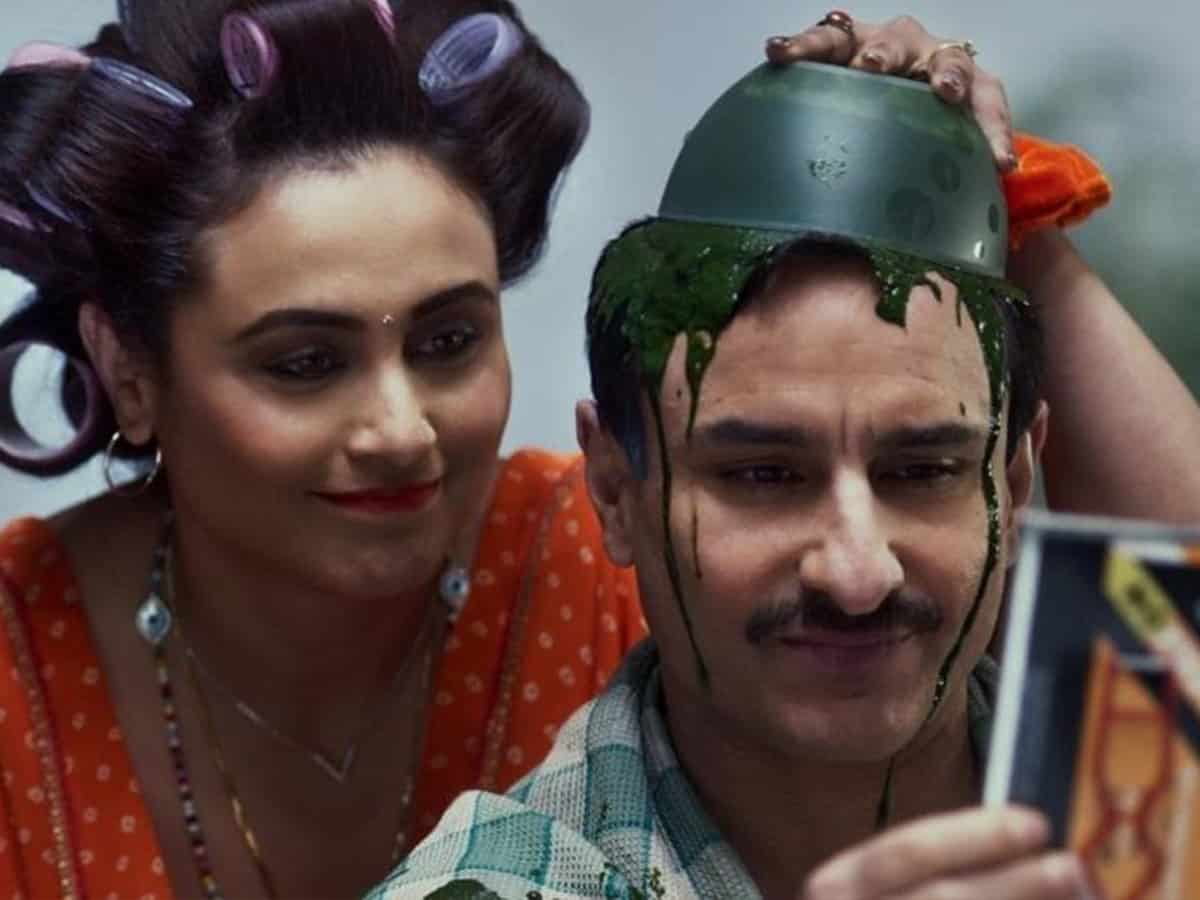 Mumbai: Bollywood actress Rani Mukerji has teamed up with Saif Ali Khan after years for the second instalment of ‘Bunty Aur Babli’. She says it was a different experience working with the actor as they had more conversation as parents and spoke about their children very often during the shooting of the film.

Rani said: “Saif is one of my most favourite co-stars and him partnering with me in this film has been truly very special.

“Saif and my equation was always different through the years we have worked together. This time around it was of course different since Saif had Taimur and I had Adira, even though Saif was a dad all through the years I have known him but I think me becoming a mother this time made us relate to each other even more because we had more conversations as parents and we spoke about our children very often during the shoot of the film.”

She added that Saif is amazing in comedies.

“That goes without saying he is a complete natural in front of the camera especially when it comes to his comic timing which he does with a poker face. Having somebody as good and as seasoned as him improves my performance as well, so working with Saif always is wonderful because we do have a history of so many years of working together, this time around it was different because I think we both came in with a different kind of energy for this film.”

Rani is happy that Saif embraced Rakesh’s character with such aplomb and with so much integrity and sincerity.

“I am sure that the audiences will love him as much as we have loved working with him on this film as Bunty.”