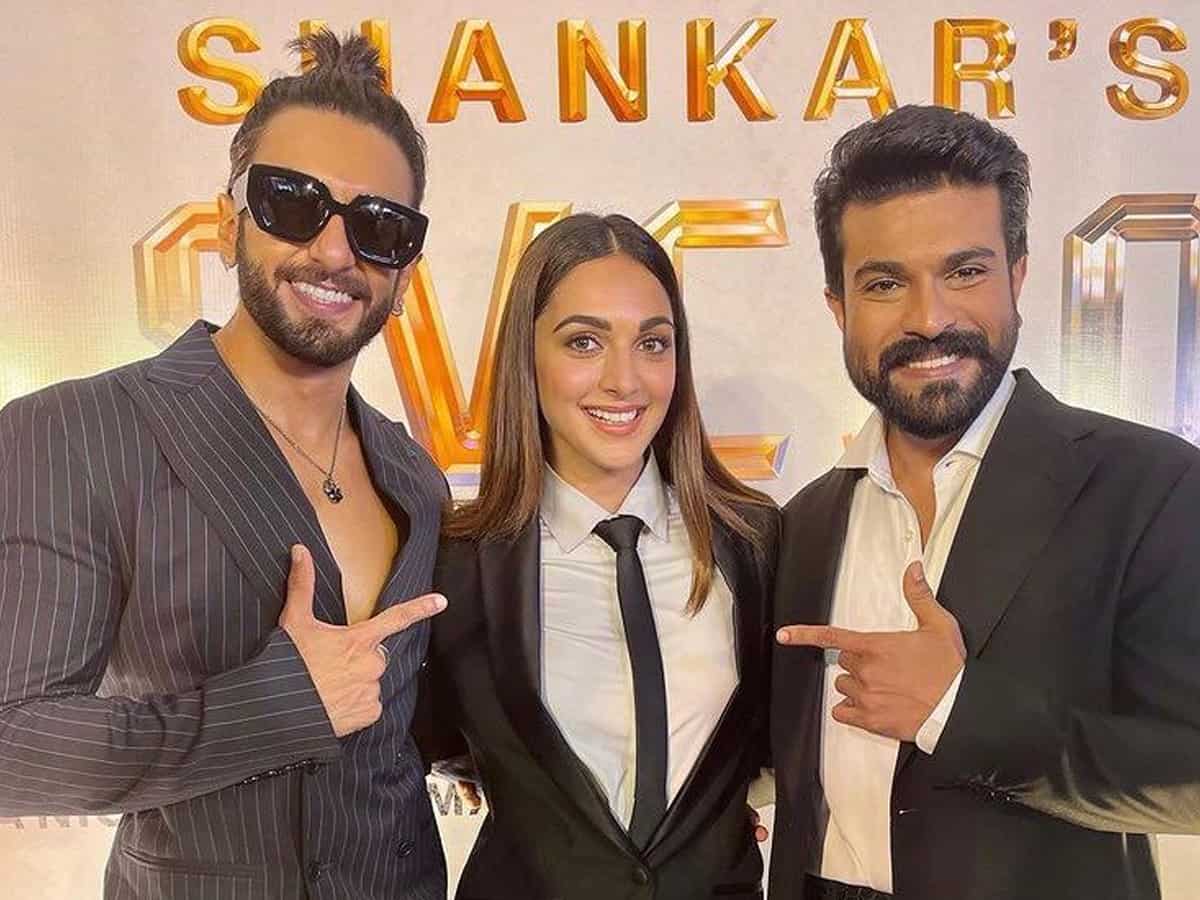 Along with Ranveer, filmmaker S.S. Rajamouli and megastar Chiranjeevi were also seen attending the mahurat event. The much-anticipated film is tentatively called ‘SVC 50’.

In a string of pictures, Ranveer is seen talking to Ram. In other images, the ‘Padmaavat’ star is seen posing with the film’s director Shankar and the cast of the film.

What caught the eye at the grand launch, which took place at the Annapurna Studios, was Ranveer’s double ponytail look, which has gone viral on social media.

“Excitement level beyond for my First Pan India film. My heart is filled with gratitude to be directed by the one and only @shankarshanmugh garu, my wonderful costar @AlwaysRamCharan produced by #DilRaju garu. With your blessings, love and good wishes our film has begun,” Kiara tweeted alongside the poster of the film.

Other details related to the film are still under wraps.