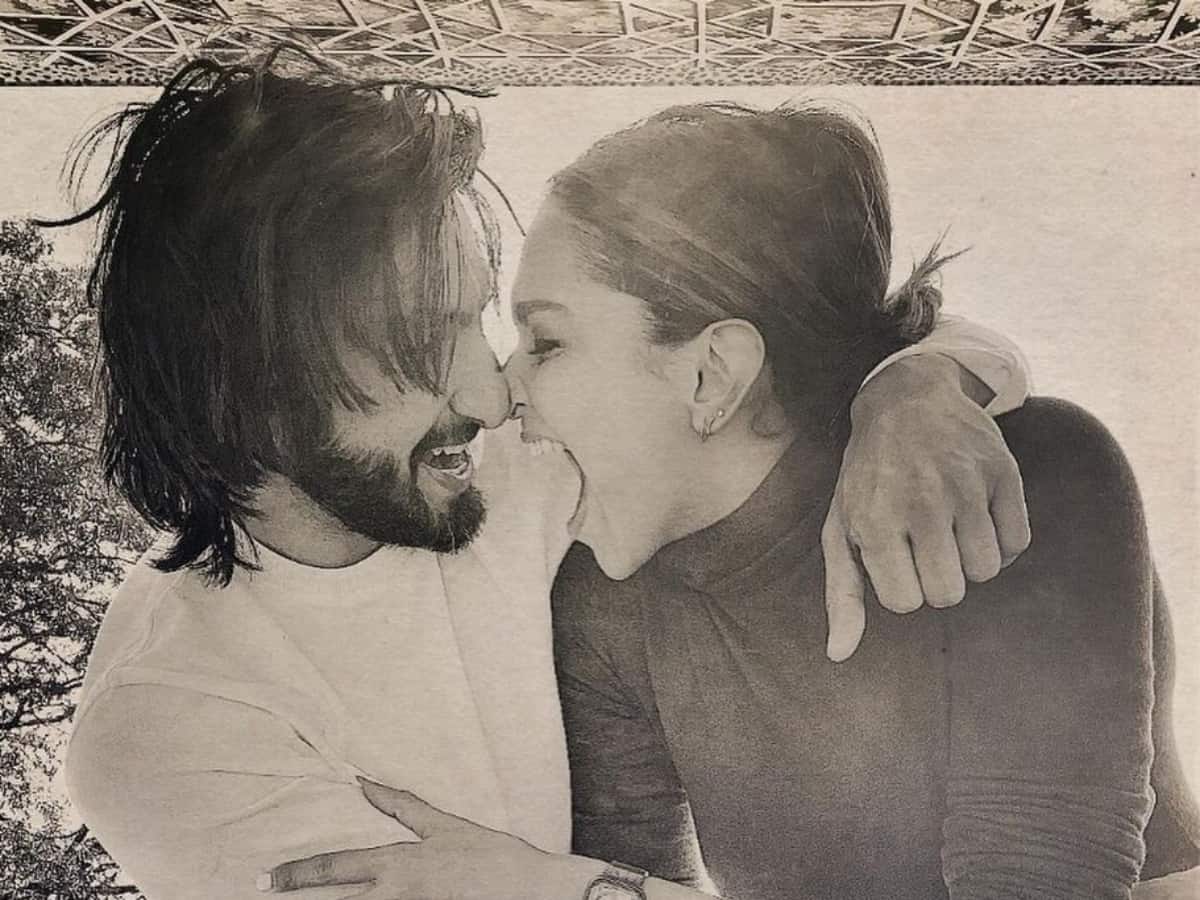 Mumbai: Bollywood‘s power couple Deepika Padukone and Ranveer Singh have set the Internet ablaze with their lovey dovey pictures from their vacation.

The couple took to their Instagram handles and posted a series of aesthetically pleasing photographs set against the backdrop of serene locations.

Both Deepika and Ranveer posted a series of monochromatic photographs in two separate posts. While Deepika wrote, “All of my heart” in the first post, for her second post she simple put up the caption, “And then some (heart emoji).”

In the photographs, the two seem to be enjoying the winter season at an undisclosed location while exploring the beauty of nature around them.

Deepika has an interesting array of projects lined up. The actress will be seen alongside Amitabh Bachchan in the Hindi adaptation of ‘The Intern’. She will also be seen opposite Hrithik Roshan in ‘Fighter’ and in ‘Pathan’ where she will share the screen with Shah Rukh Khan.

Ranveer, who was recently seen in an extended cameo in the Akshay Kumar-starrer ‘Sooryavanshi’, will be headlining the Kabir Khan directorial ’83’ as Kapil Dev while Deepika plays his wife Romi Dev. His upcoming projects also include Dharma Productions’ ‘Takht’ and Rohit Shetty’s ‘Cirkus’.