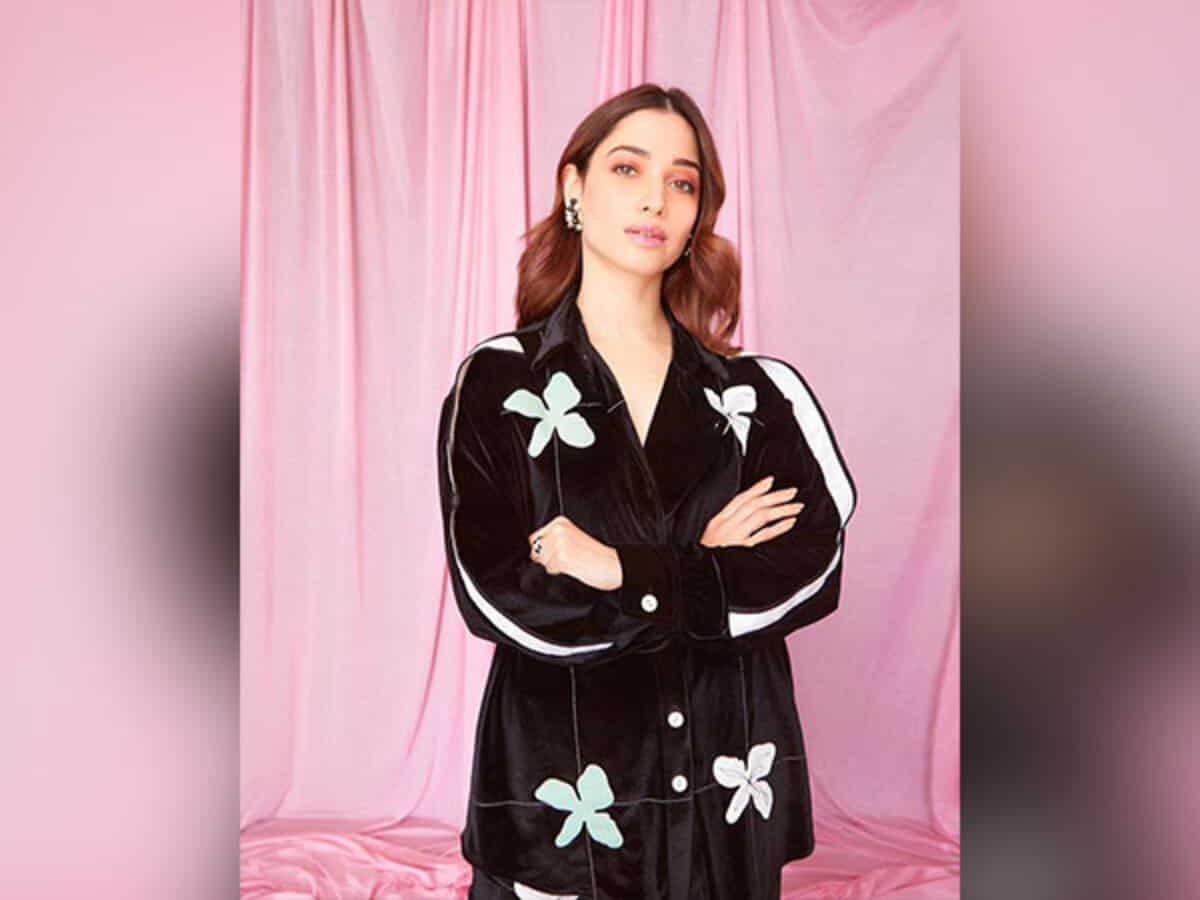 Tamannaah took to her Instagram handle and shared a video where Ranveer can be seen hugging Tamannaah and director of the film, Madhur Bhandarkar.

He says, “I feel protected today because Babli Bouncer is here” to which the Tamannaah replied by saying, “I will protect you with my heart. Later, they both chanted “Ganpatti Bappa Mourya”. All three people were seen enjoying and smiling at this conversation.

Along with the video, she wrote, “Feeling just as protected, @ranveersingh. Thank you for the love you’ve given to #BabliBouncer! #BabliBouncerOnHotstar on September 23rd #SeeYouSoon

Recently, the trailer was released and is all set to premiere exclusively on Disney+Hotstar from September 23, 2022 in Hindi, Tamil and Telugu.

‘Babli Bouncer’ is touted as a coming-of-age feel-good story with a slice-of-life comedic tone set in the real ‘bouncer town’ of North India – Asola Fatepur. It will see Tamannaah Bhatia in a never seen before avatar, as Babli Bouncer.

Meanwhile, Tamannaah’s other film ‘Gurtunda Seetakala’ is also slated to hit the theatres on the same day, September 23, 2022. Helmed by Nagashekhar, the film is a romantic drama which also stars south actor Satya Dev in a prominent role.