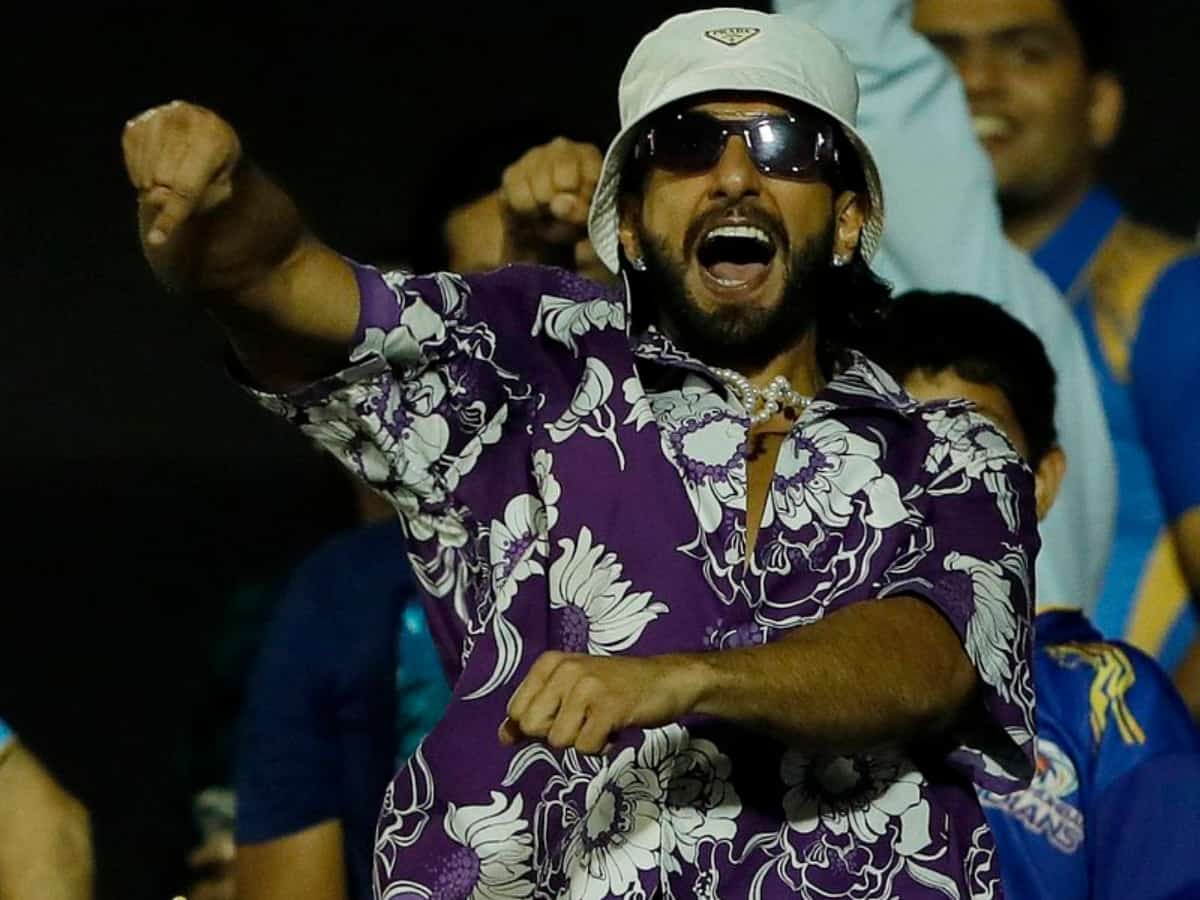 Mumbai: Bollywood actor Ranveer Singh’s love for Mumbai Indians is no surprise. He has always been vocal on his social media about his support for the team. Yesterday was no different as he arrived at the Brabourne Stadium donning a quirky outfit, to cheer on the Rohit Sharma-led team playing against Gujarat Titans.

Throughout the game, Ranveer Singh actor was seen reacting excitedly on every sixer and wicket by the team. As the nail-biter drama came to an end with the team winning by five runs, the elated was spotted in the stands celebrating wildly along with the other Mumbai Indians fans who erupted in celebration. Watch the video here:

The Gully Boy star has received a lot of love from fans on his appearance at the match and many took to Twitter to shower their love. Here’s what the fans had to say:

In terms of work, Ranveer Singh is all set to be seen in his next film ‘Jayeshbhai Jordaar’ opposite Shalini Pandey. He was last seen in ‘83’, playing the role of Kapil Dev.