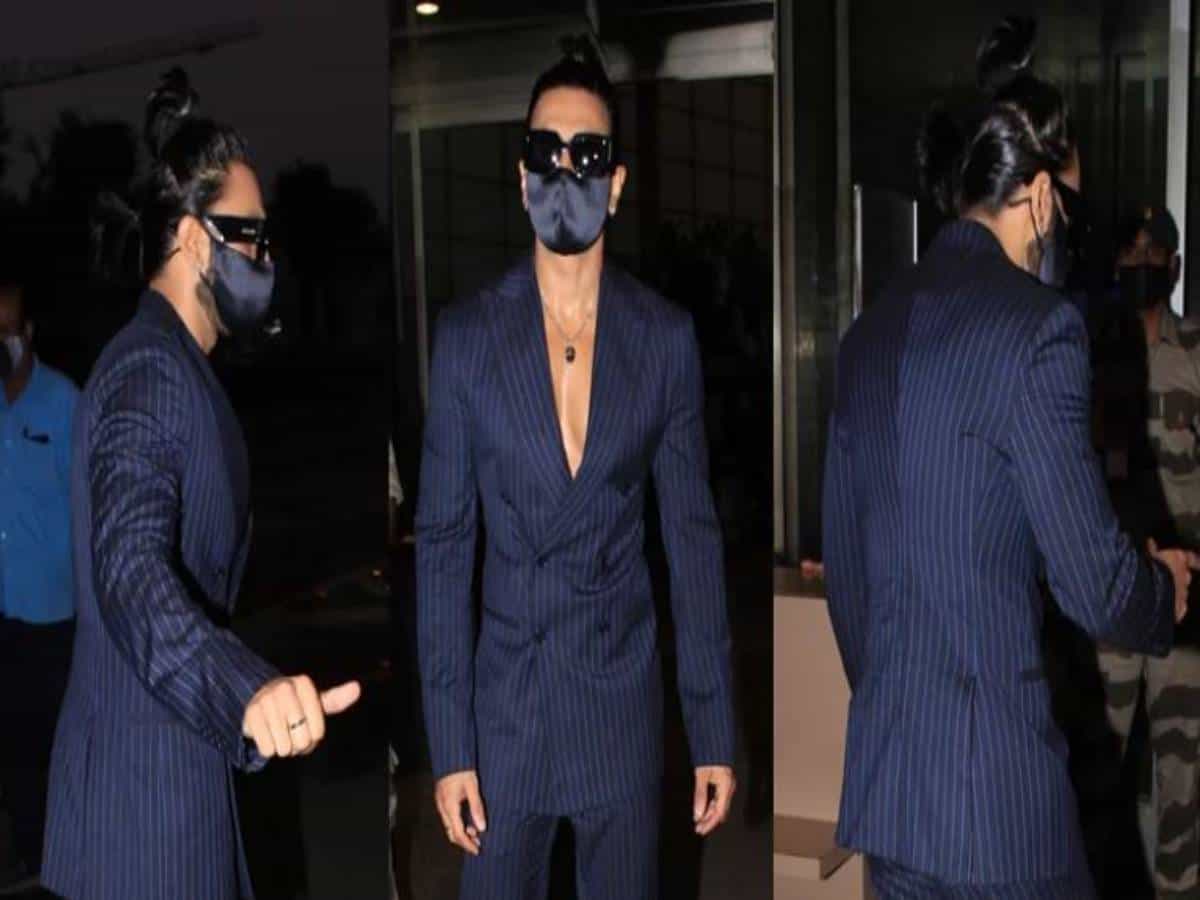 New Delhi: Actor Ranveer Singh, well known for his unique fashion sense, attended the grand launch of the Kiara Advani and Ram Charan-starrer ‘RC15’ on Wednesday, and his look from the event is trending heavily on social media, especially his hairdo.

In the viral pictures of the event, Ranveer can be seen looking uber-cool in a pinstriped grey blazer, pants and shirtless combo.

What drove netizens crazy was Ranveer’s double ponytail hairdo — one at the top and another at the back.

After the pictures of ‘padmaavat’ star surfaced online, fans and followers poured in their reactions to his eye-catching hairstyle. many went on to find pictures of other actors who previously sported a similar quirky hairdo in movies.

One twitter use dug out a similar pony hairstyle sported by actor shakti kapoor in the movie ‘gunda’ (1998).

Another social media user shared Shah Rukh Khan’s picture from the film ‘Chamatkar’ (1992) in which he can be seen with double ponytails and front bangs. “Shahrukh did it better #RanveerSingh,” the user added.

Ranveer Singh is popular for confidently experimenting with fashion, and pulling off outfits that are usually against the stereotypical gender norms.