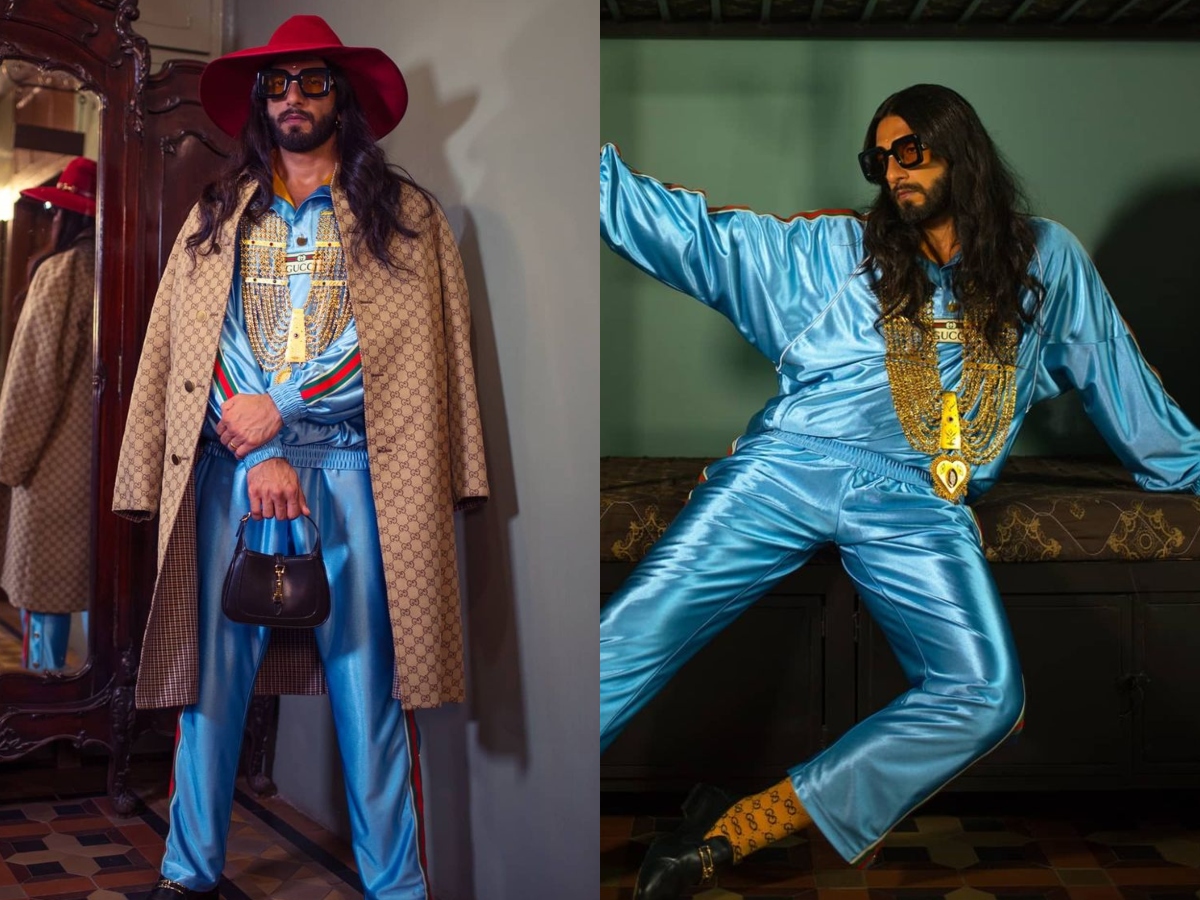 Ranveer uploaded three back-to-back pictures on Instagram donning a shiny sky-blue tracksuit and a huge gold necklace around his neck. He wears his hair long and sports oversized tinted glasses for the photo-op that has been shot indoors.

The first picture is snapped near a bunker bed. While the second one has Ranveer Singh in a Gucci monogram trench coat placed stylishly on his shoulder, as he holds a Black Jackie bag against a vintage mirror. The third picture is captured in front of an old elevator.

Within minutes, reactions poured in from his industry friends and fans.

Kubbra Sait commented: “You really are the unicorn aren’t you?”

Ranveer Singh’s upcoming films are “83”, “Jayeshbhai Jordaar” and “Cirkus”. He will also be seen in the Akshay Kumar-starrer “Sooryavanshi”.