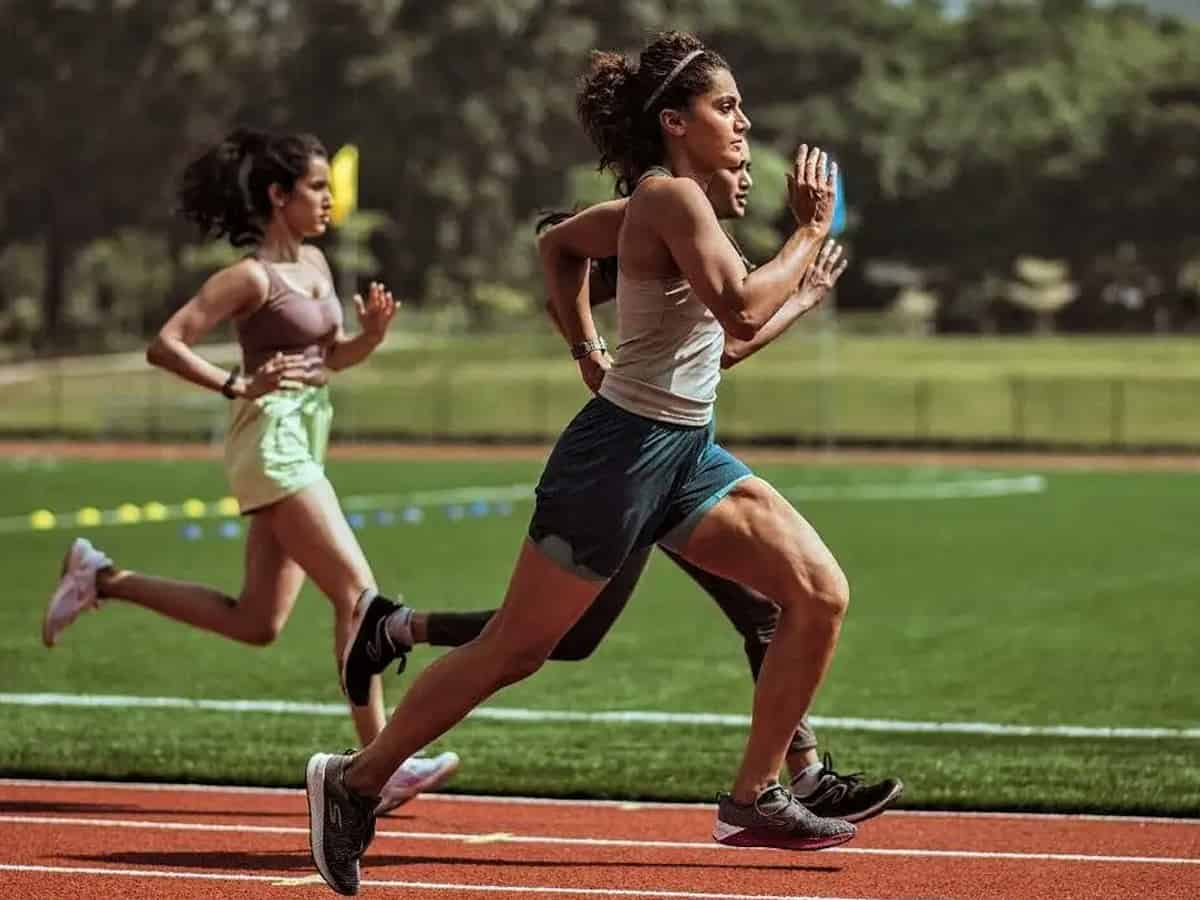 New Delhi: His upcoming film “Rashmi Rocket” draws inspiration from not one but many women athletes who are subjected to the archaic but “widespread” practice of gender testing in sports, says director of the film Akarsh Khurana.

Set in Kutch, Gujarat, “Rashmi Rocket” stars Taapsee Pannu in the title role of a gifted athlete who faces discrimination for not being conventionally “feminine”.

Khurana, known for “Karwaan” and “Mismatched”, has directed the movie which is based on an original story by south filmmaker Nanda Periyasamy.

“It is not based on the life of one person. It is inspired from the struggles of various female athletes, Indian and international. The interesting thing is that where they have a situation like gender testing and things like that, our awareness is only restricted to a couple of high-profile cases that may have come in the news.

“But what’s most interesting is that Nanda, who is from Tamil Nadu, (shared) there are so many cases in villages and other states that we aren’t even aware of. All of this often goes on under the radar but this is a widespread practice,” the director told PTI in a Zoom interview.

“Besides the fact that some people in real life have undergone this practice, this is a completely fictionalised version of events. It’s a completely different story… The circumstances of the gender test, and events after the test are completely created and it is not like anyone’s life,” he added.

When he boarded the project, the Mumbai-born director said he knew the film was exploring an issue that needed a sensitive approach.

“The makers were not looking for the story to be done in a melodramatic way. It had to be done in a gentler, subtle manner. We have made an entertaining and engrossing film which will perhaps leave you to think about,” he said.

Khurana, who has described the movie as a blend of a courtroom drama, sports story and mature romance, said he enjoyed the process of “organically” incorporating these elements into the script.

The film is written by Periyasamy, Aniruddha Guha and Kanika Dhillon.

All in all, “Rashmi Rocket” is a human story, said the filmmaker.

“It’s about a woman who becomes a celebrated athlete and eventually gets into a situation where she needs to go to court. All through that there is a wonderful relationship not just with a man, but also her mother. She has an almost enviable relationship with the man in her life, played by Priyanshu,” he added.

Produced by RSVP and Mango People Media, the film is heading for a digital premiere on ZEE5 on October 15.

Even as theatres in Maharashtra, a prime market for Bollywood, are set to reopen from October 22, the director said the makers have taken a “sensible decision” to release “Rashmi Rocket” on the streaming service.

He believes it was in the best interest of the film as they didn’t want it to “get lost” in the release calendar loaded with big projects like “Sooryavanshi”, “Laal Singh Chadha”, “83”, “Bunty Aur Babli 2”, and “Shamshera”.

“The moment the theatres opened, besides the fact we figure out the fact that what kind of protocols are being followed and how many people go back to the cinemas right away, what is also important that there was a very strong awareness of the fact that there are so many films that are complete and are waiting to come out.

“Some of them are really big films. In this kind of rush when everybody is coming out with their films, you don’t want to get lost in the crowd. You don’t want to be in a position where you don’t get a good date,” Khurana said.

Through the streamer, a lot more people can get access to “Rashmi Rocket” in the safety of their homes, he pointed out.

“It’s an important story. The more people see it, the better it will be,” the director added.

Khurana is also looking forward to the second season of his Netflix series “Mismatched”, starring Prajakta Koli and Rohit Saraf.

The director said fans of the coming-of-age romantic drama will get to know the the leads “a little better” as the writers had the freedom to flesh out the characters in the upcoming installment.

“The writers have done a wonderful job of taking those journeys forward. We will get a little bit more into the lives of these characters and their struggles. But it still remains a college romance story.

“The old characters are coming back and you will see some of them in a new light. There are some new characters that I’m really excited about who will add a lot of fun and value to the show,” he added.

Netflix is yet to announce the premiere date of “Mismatched” season two.