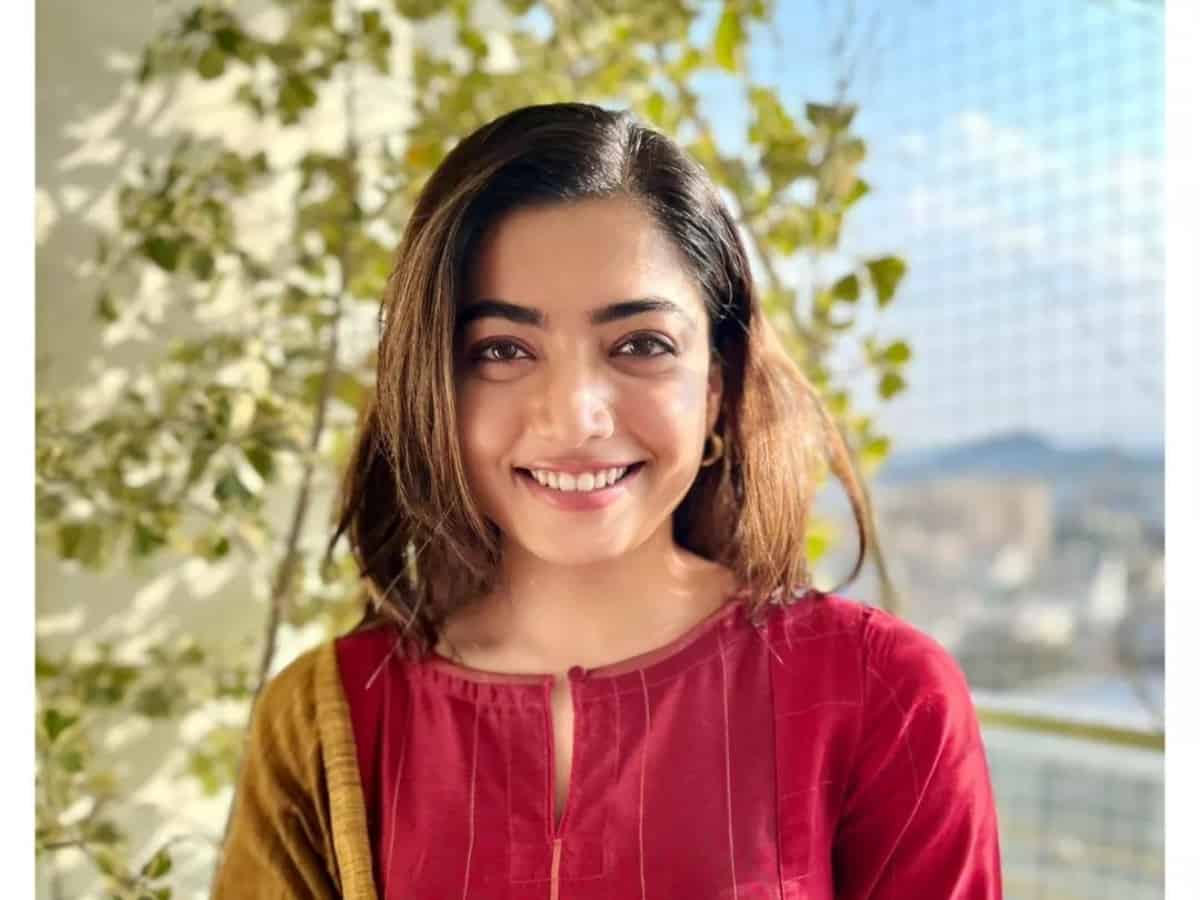 Mumbai: Actress Rashmika Mandana, who is set to make her Hindi film debut with the upcoming film ‘Goodbye’, was totally in awe of the puppy that features in the film. In fact, she had a friendly fight with her co-actor in the film, the veteran superstar Amitabh Bachchan, over who would take the puppy home after the film’s wrap up.

Interestingly , the pup has a rather surprising name: Stupid, which is quite unusual for dogs who are known for their wit and intelligence.

Speaking to the media at the trailer launch event of the film, Rashmika said, “I was completely in love with Stupid. We would spend a huge part of the day in the company of Stupid.”

Opening up on her friendly tiff with Big B, the actress further said, “I and Amitabh Bachchan sir had a little nokjhonk (tiff) over, who would take Stupid home. He wanted to take him to Jalsa but eventually, I kidnapped Stupid and brought it home.”

Seems like the actress has no qualms about kidnapping the pupper, after all everything is fair in love and dogs are known to invoke the feeling of love and compassion to the highest degree.

‘Goodbye’, directed by Vikas Bahl, will debut in theatres on October 7.