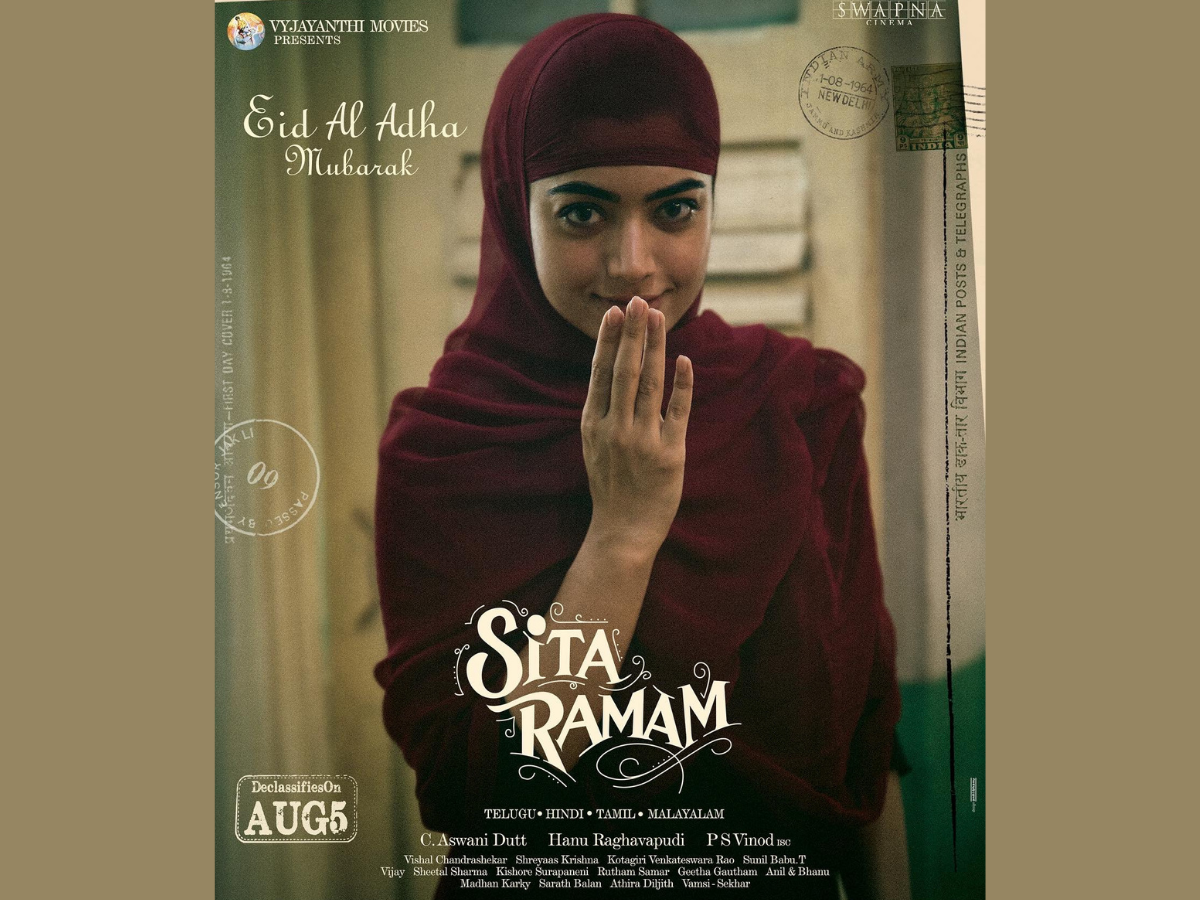 Taking to Instagram, Dulquer Salmaan shared two posters of the ‘Pushpa’ actor, to which he captioned, “#EidMubarak from our Rebellious #Afreen to you and your family…”

In the poster, the ‘Dear Comrade’ actor can be seen portraying a Muslim character and doing an ‘Adab’ pose.

Soon after the first look posters of, the ‘Bheeshma’ actor were out, fans swamped the comment section with heart and fire emoticons.

With 175 crore net worth, who is the richest south actress?

The story of Swapna Dutt’s production film revolves around the characters of Dulquer and Mrunal, who play Ram and Sita, respectively. The romantic drama is against the backdrop of a war.

‘Sita Ramam’ is being made simultaneously in Telugu, Tamil and Malayalam languages.

The film is slated to release on August 5, 2022, in Telugu, Hindi, Tamil and Malayalam.

Meanwhile, the ‘Kirik Party’ actor will be also seen in the upcoming Bollywood flix Mission Majnu’ alongside Sidharth Malhotra, ‘Goodbye with Amitabh Bachchan and ‘Animal’ with Ranbir Kapoor.