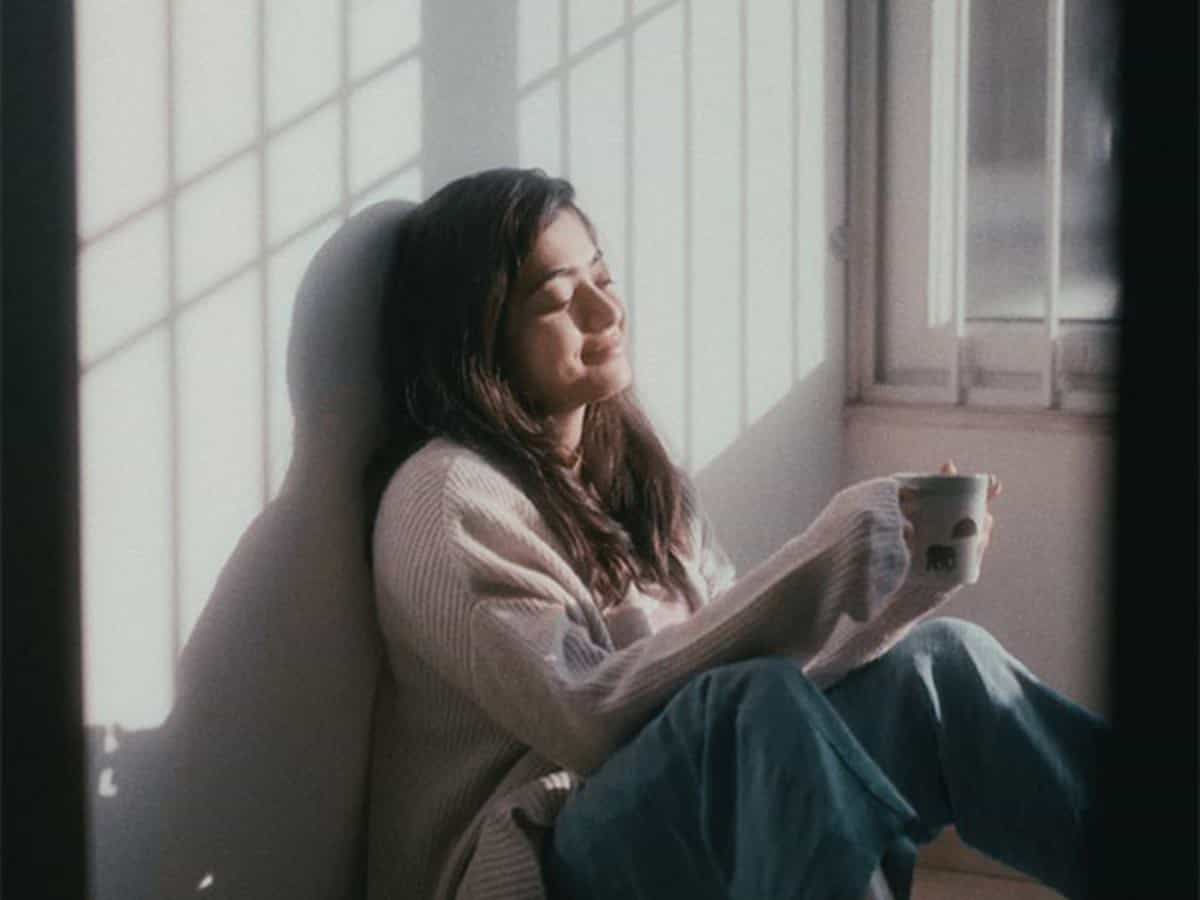 Mumbai: Actor Rashmika Mandanna has dropped a series of pictures on social media that “describe” her.

Taking to her Instagram handle, Rashmika treated her fans to a new set of pictures.

Sharing the pictures, she wrote, “I don’t really remember when this was shot..but other than being an actor… I think these are the four pictures just describe me as ME!”

She added, “They say na – that pictures can speak a thousand words.. it such does.. i don’t remember when these were taken but I think I remember the feeling I had when these were taken.. so well this is me in my own lil world..It makes me feel calm.. looking at these pictures.. it’s so strange but love it.”

In the first picture, Rashmika was seen enjoying the sun while sitting on the floor dressed in a sweater and baggy jeans.

In the second image, she could be seen looking out of the window and lost in deep thoughts.

In the third picture, the ‘Bheeshma’ actor could be seen cooking in the kitchen.

In the last image, a random click where the actor could be seen making a handgun gesture.

On the work front, Rashmika will be sharing the screen with Ranbir Kapoor in ‘Animal’, the crime drama will be directed by Sandeep Reddy Vanga of ‘Kabir Singh’, ‘Arjun Reddy’ fame.

Bobby Deol and Anil Kapoor are also a part of the project, which is produced by Bhushan Kumar and Krishan Kumar’s T-Series, Pranay Reddy Vanga’s Bhadrakali Pictures and Murad Khetani’s Cine1 Studios. The movie is scheduled to release in theatres on August 11, 2023.

The 26-year-actor will be making her much-awaited Bollywood debut with ‘Goodbye’ opposite Amitabh Bachchan. She also will be seen in the sequel of ‘Pushpa’ 2.

The ‘Kirik Party’ actor will be sharing the screen with Sidharth Malhotra in the upcoming Bollywood flix ‘Mission Majnu’ and also has Hanu Ragavapudi’s directorial ‘Sita Ramam’, the upcoming action romantic film also casts Mrunal Thakur and Sumanth Kumar in the lead roles. The film is slated to release on August 5, 2022, in Telugu, Hindi, Tamil and Malayalam.