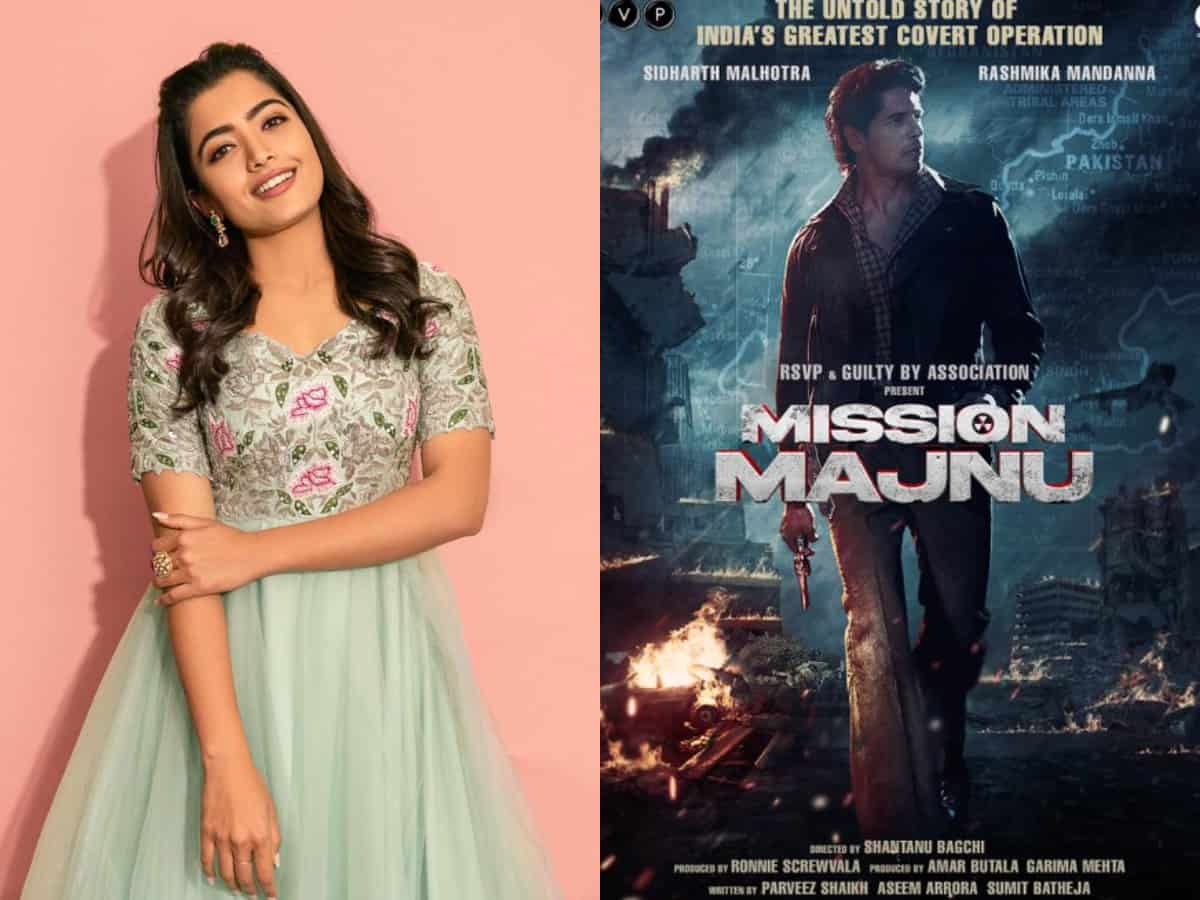 Mumbai: Telugu industrys’ leading lady and the national crush of 2020, Rashmika Mandanna is all set to make Bollywood debut opposite actor Siddharth Malhotra.

Rashmika announced the news on social media that next film is ‘Mission Majnu’ in which she will be seen romancing Siddharth.

Taking to her Twitter on Wednesday, Rashmika Mandanna wrote, “Well guys, here’s news for you! I’m super glad and excited to be a part of this! Here’s to a new journey!” She added, “Inspired by real events, the story of India’s most daring RAW mission inside Pakistan! #MissionMajnu”

Siddharth Malhotra too shared the first look poster featuring him. “The deadliest covert operation undertaken by our intelligence agency behind enemy lines! Presenting the first look of #MissionMajnu,” tweeted the actor

Filmmakers Ronnie Screwvala, Amar Butala, and Garima Mehta, are set to collaborate for the film on India’s most ambitious covert operation. The film is inspired by real events set in the 1970s. It is the story of India’s most courageous mission in the heart of Pakistan that forever changed the relationship between the two nations.

Produced by RSVP and Guilty By Association, Mission Majnu is all set go on floors in February 2021.