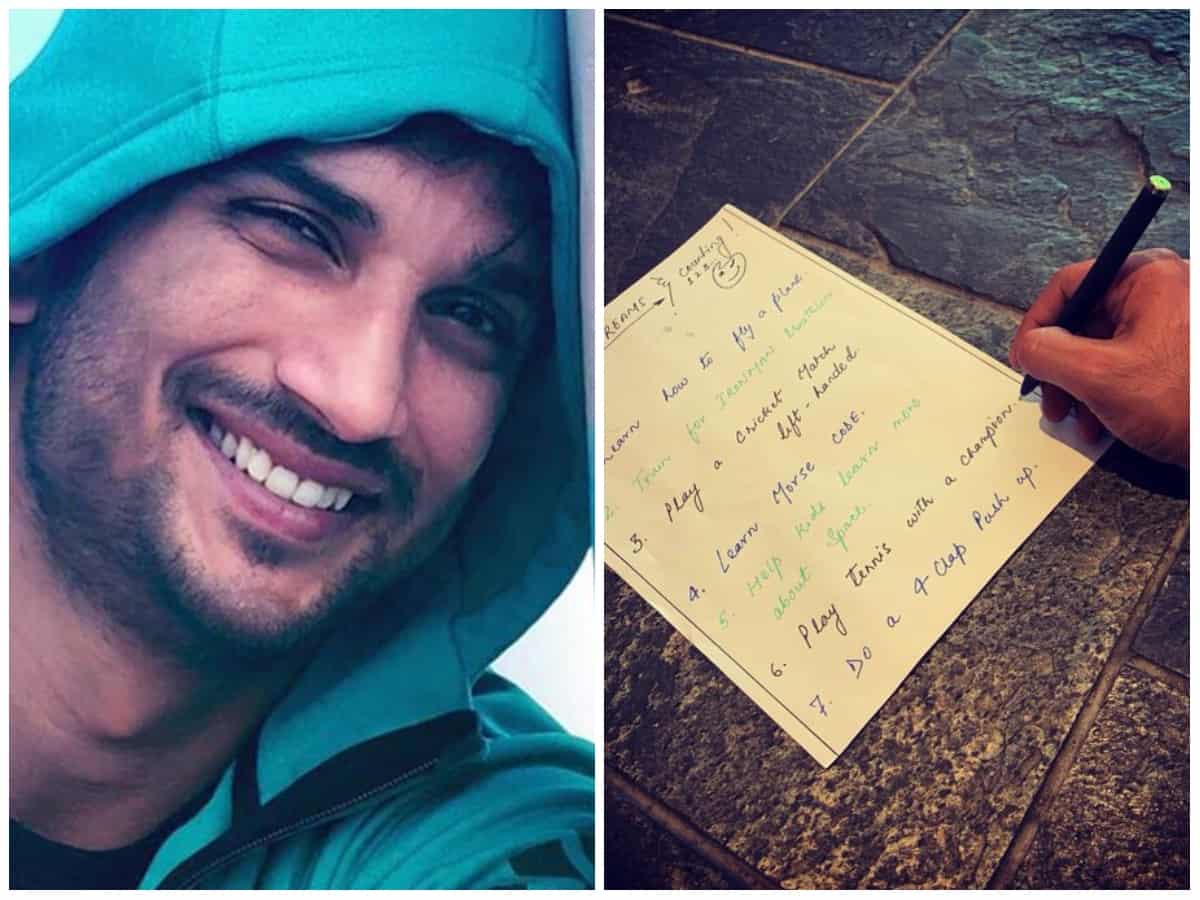 Mumbai: Sushant Singh Rajput, an ordinary man with extraordinary dreams made it big in the Hindi film industry giving millions of people in this country a hope to dream and making them believe that anything is possible. The actor, who is an emotion now bid goodbye to this world in 2020 leaving an unexplainable void in many lives.

For the unversed, Sushant was found dead in his residence on June 14 under mysterious circumstances. His unfortunate demise was one of the biggest tragedies of the year 2020. It was a massive loss not just to the film industry and family, but his loyal fan base across the world.

While the entire world misses his presence, we can try to find some solace by revisiting his work that he has done. The best way to remember someone would be to cherish the legacy that they left behind. Sushant, with being one of the most talented actors, was also a science enthusiast and believed in exploring the depths of everything.

The actor’s bucket list of 50 wishes will give you a hope to have dreams in life and will make you teary eyed as you think of him. In 2019, the Chhichhore actor jotted down the list of 50 wishes that he wanted to accomplish. The list ranged from Iron Man triathlon to help women train in self-defense among several other things.

Here’s remembering and cherishing his wishes:

Some fulfilled and unfulfilled dreams

While the tasks on the list might look impossible to many, there are as good as 12 of them that the actor already ticked off with a proof he shared on his social media.

1) Flying a plane
The first on the list was learning to fly a plane and the actor shared a 35-second video of him checking the first dream off the list.

In the video, the actor can be seen working out rigorously. The triathlon is known as one of the toughest endurance races in the world.

From his list, the actor managed to play a cricket match with left hand.

SSR took a dive in to a blue-hole, which is a marine underwater sinkhole situated in Belize, Central America.

5) An evening in the hostel

The actor also fulfilled his 12th dream, which was spending an evening in his Delhi College of Engineering hostel.

The actor managed to visit Disneyland despite the pouring rain.

Sushant ticked off swimming in Cenotes, which is a sinkhole, that’s resulted from the collapse of limestone bedrock, exposing the groundwater.

8) Spending a day at CERN

The 17th wish of his list was ticked off when he visited the European Organization for Nuclear Research, and spend an entire day at the Large Hadron Collider, CERN.

SSR who loved to explore the space explored Andromeda through a powerful telescope.

In a throwback video shared by the actor, SSR mentioned teaching women self-defence at an army camp.

The actor ticked off his 37 th dream as he posted a picture holding a bow and arrow, depicting his passion for being an ambidextrous archer.

This one featured on number 44 on his wishlist. Cymatics is the study of wave phenomena, especially sound, and their visual representations.

Sushant Singh Rajput made his his debut with ‘Kai Po Che’, went on to appear in over 10 Hindi movies. His last movie was ‘Dil Bechara’ opposite Sanjana Sanghi. Sushant’s most successful film came in 2016, when he brought to life cricketer MS Dhoni’s career in the biopic MS Dhoni: The Untold Story. Directed by Neeraj Pandey. Chhichhore, Kedarnath and Sonchiriya are among his other movies.

Here’s to an extraordinary legacy, an inquisitive mind and fulfilled dreams!