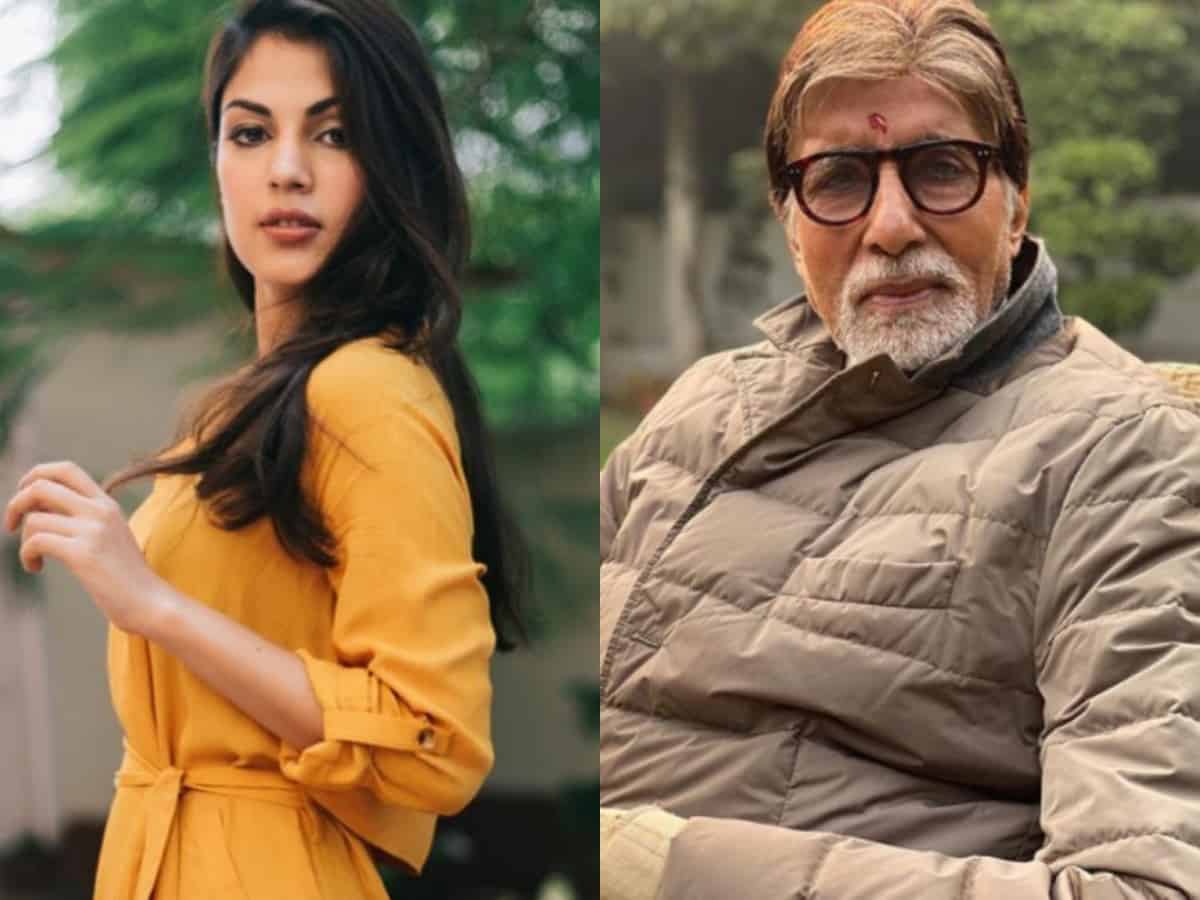 Mumbai: Actress Rhea Chakraborty who made headlines for various reasons after the sudden death of boyfriend and actor Sushant Singh Rajput is all set to bonce back in her career. Rhea’s upcoming film ‘Chehre’ also starring Amitabh Bachchan and Emraan Hashmi will have a theatrical release in 2021, confirmed director Rumi Jaffery.

However, the release date of Chehre isn’t finalised yet.

In an interview with Mid-Day, Rumi Jaffery said, “Anand Pandit (film’s producer) has decided to pursue a theatrical release. We need to support the exhibitors.”

Rumi also spoke about Rhea’s career after her ‘traumatic’ 2020 and said,  “I am confident she will get through this phase. Everybody around will advise you to be brave, but only the one going through knows how difficult it is. Time is the best healer; with time, she will be fine. Rhea Chakraborty is a talented artiste and will be ready to bounce back.”

Talking about their meeting, Rumi had said in an earlier interview, “She was withdrawn and quiet. Didn’t speak much. Can’t blame her after what she has gone through. Let the heat and dust settle down. I’m sure Rhea will have a lot to say,” he said.

After Narcotics Control Bureau started probing the drug angle in Sushant Singh Rajput’s death case, the agency arrested Rhea Chakraborty on September 8 on ‘possession, purchase and use’ of drugs. She was released on October 4 after spending about a month in Mumbai’s Byculla jail.

Not only was the actress subjected to online hate and trolling, but also was a victim of ‘witch-hunt’.

Speaking about Chehre, the film was earlier stated to hit the screens in July 2020, but it was cancelled due to the outbreak of pandemic. Amitabh Bachchan will essay the role of a lawyer and Emraan Hashmi has been cast as a business tycoon. Apart from Rhea Chakraborty, the thriller also stars TV actress Krystle D’Souza and Siddhanth Kapoor.

This is for the first time that Amitabh Bachchan will share the screen space with Emraan Hashmi and Rhea Chakraborty.