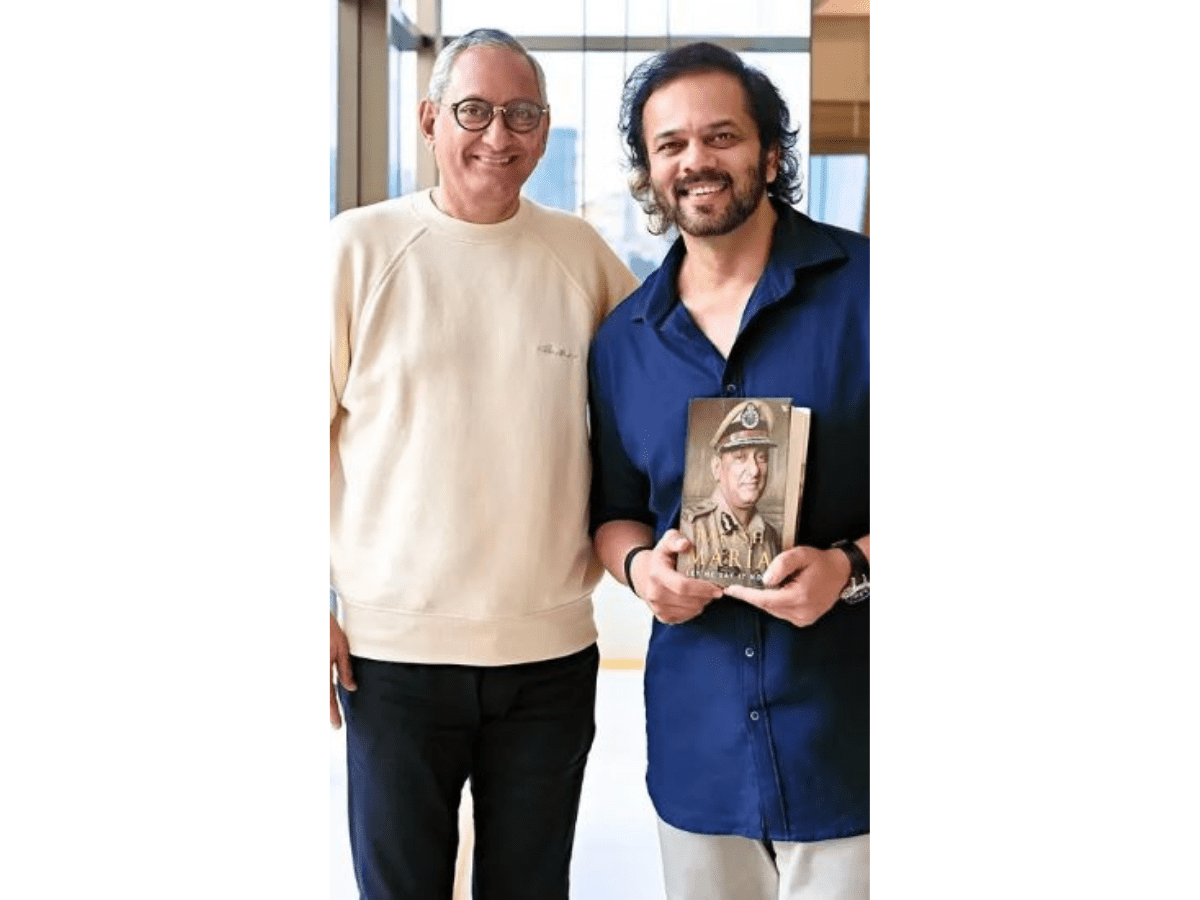 Mumbai: Bollywood filmmaker Rohit Shetty who is famous for his action-packed movies has joined hands with Reliance Entertainment to produce a biopic on one of Mumbai’s most versed top cops and former Commissioner of Mumbai Police department, Rakesh Maria.

On Saturday, the ‘Golmaal’ director made an announcement about the same via his social media post. Taking to his Instagram handle, the 49-year-old posted a picture of himself posing with Rakesh Maria for the camera while holding the autobiography of the former cop.

He captioned the post, “From solving the 93 Mumbai blast case, fearlessly facing the Mumbai underworld during the late 90s to interrogating the lone surviving terrorist, Ajmal Kasab & standing strong for his city during the 26/11 attacks…

Rakesh Maria has been a name synonymous with courage and valour!
Feel honoured to be bringing this real-life supercop’s journey to screen!!!

Reacting to the post Rakesh Maria commented, “It is exciting to re-live the journey, especially when piloted by a brilliant director like Rohit Shetty. More than the nostalgia, it’s also a valuable opportunity to place before the people the extraordinary work of the Mumbai Police when facing tough challenges and working against all odds”

He was also the in-charge of investigating the 26/11 Mumbai attacks in 2008 and interrogated Ajmal Kasab, the only terrorist captured alive, and successfully investigated the case.