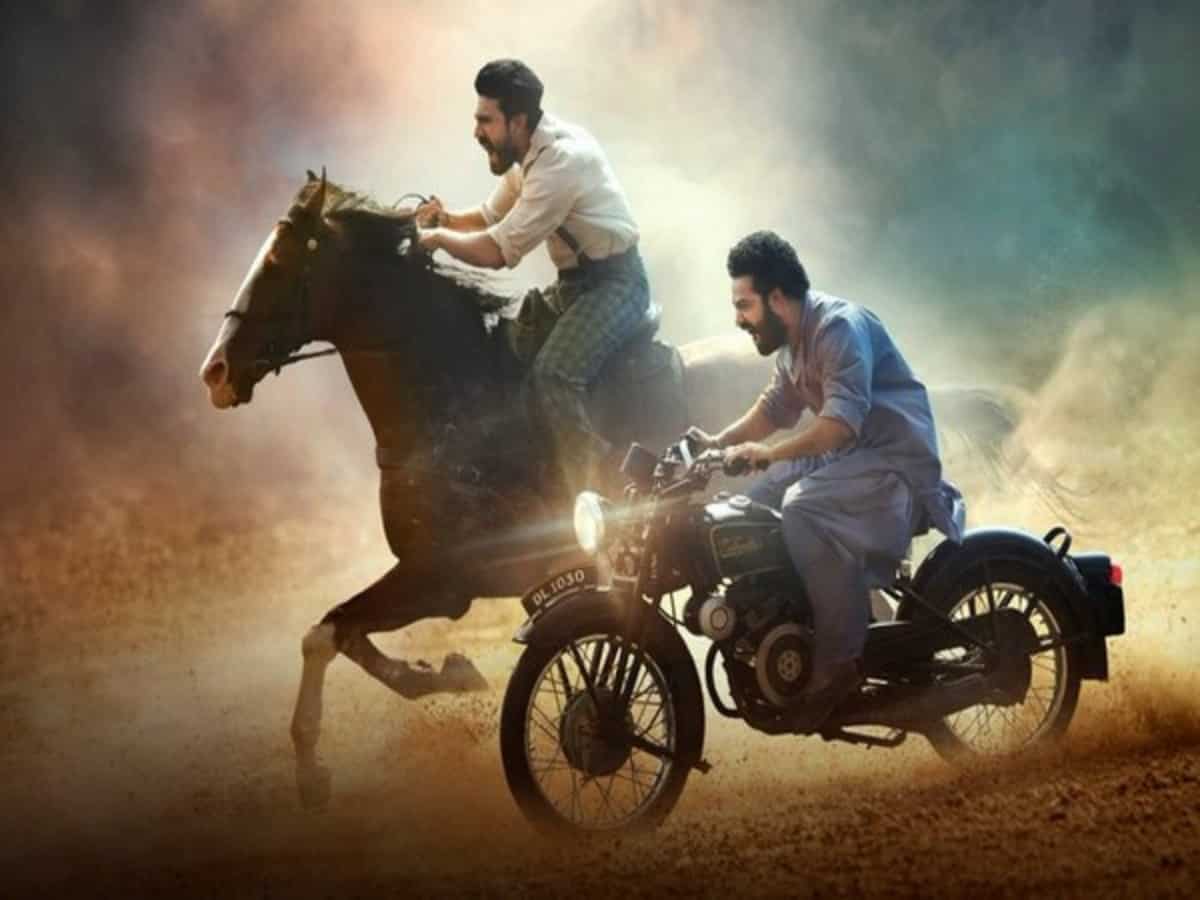 Hyderabad: SS Rajamouli’s magnum opus RRR has already created history even before its release. The film featuring NTR and Ram Charan in the lead roles, is said to have closed a staggering Rs 900 Crore pre-release business.

It has shattered the previous record holder, Bahubali 2 by a massive margin of almost 100%. The 2017 SS Rajamouli epic, fronted by Prabhas, had recorded a pre-release business of over Rs 500 crore, which was an all-time record back then.

The worldwide theatrical rights of RRR have been pegged at Rs 570 crore, with Andhra Pradesh rights topping the chart, followed by North India, Nizam, Overseas, Tamil Nadu, Karnataka and Kerala. The AP and Nizam together have fetched Rs 240 crore, where North Indian theatrical rights have been sold for Rs 140 crore. Tamil Nadu, Karnataka and Kerala on the other hand have gone for Rs 48 crore, 45 crore and 15 crore respectively. The overseas rights of all languages have been sold for a sum of Rs 70 crore.

The digital rights of RRR (all languages) have been sold for an approx. sum of Rs 170 crore, whereas satellite has fetched Rs 130 crore. The music on the other hand has been pegged at a market value of Rs 20 crore. All the rights of RRR have been locked now, and the pre-release total business of this SS Rajamouli period drama is around the Rs 900 crore mark.

The film has created a new record, which might not be touched by any other film in the years to come, and it might take another SS Rajamouli film to shatter the pre-set records in terms of the business prior to the release. It would be interesting to see how the film fares at the BO and what the revenues are for the stakeholders, as the figures are astronomical and it’s very essential for the film to have good content to create all time records.