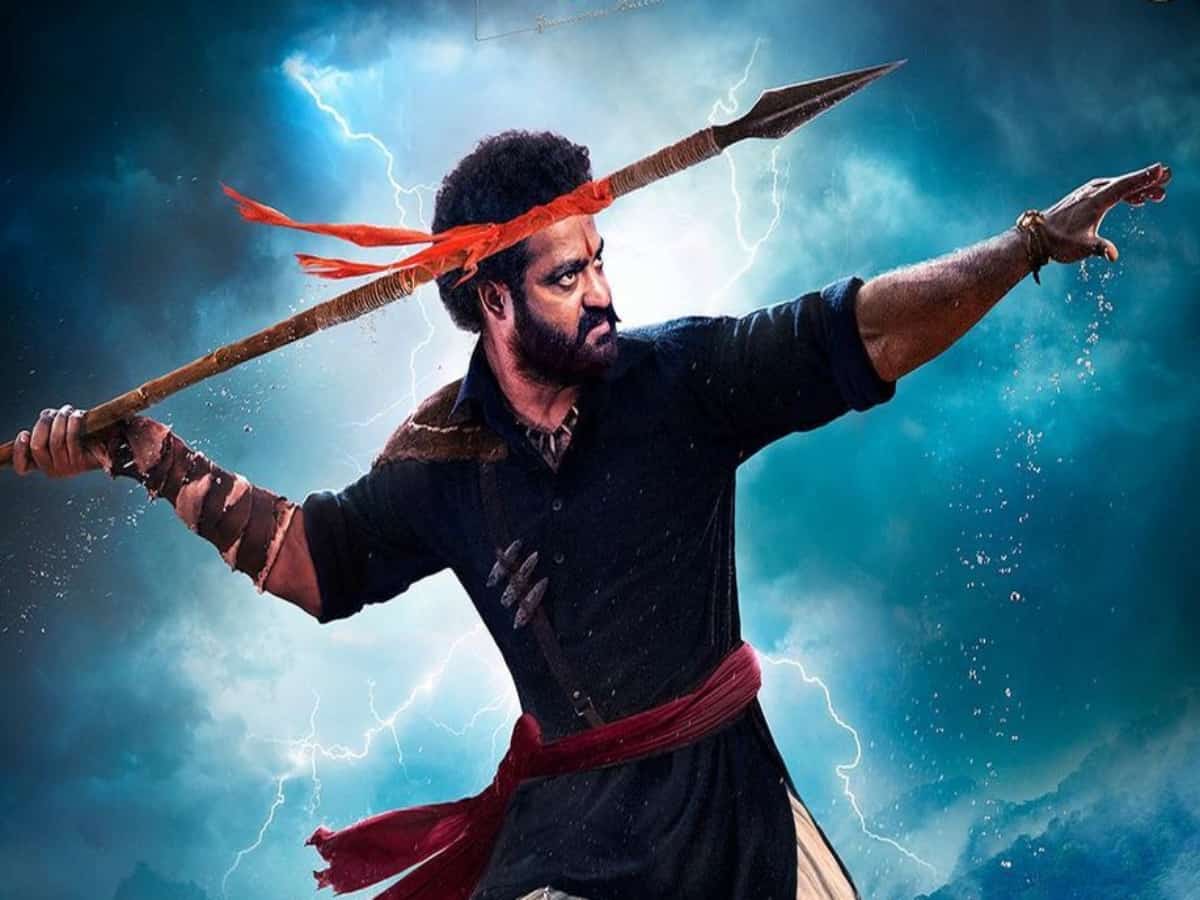 Mumbai: Keeping up with the tradition to unveil the posters of the cast members on their birthdays, the makers of the much-talked-about magnum opus ‘RRR’ on Thursday unveiled a captivating motion poster featuring Jr NTR on the occasion of his birthday.

‘Baahubali’ filmmaker SS Rajamouli took to Twitter and unveiled the complete look of Komaram Bheem from the film.

In the poster, Jr NTR is seen bearing a ferocious look as he aims with a pointed spear. The poster sees the actor donning a kurta and white dhoti with a red cloth tied on his waist. NTR is seen riding on waves of a stormy sea in the backdrop of a deep blue thunderous sky.

Rajamouli introduced Jr NTR as “My Bheem has a heart of gold. But when he rebels, he stands strong and bold! Here’s @tarak9999 as the INTENSE #KomaramBheem from #RRRMovie.”

‘RRR’ will reportedly be a fictional story set in the 1920s pre-independent era and will be based on the lives of two celebrated freedom fighters- Alluri Sitarama Raju and Komaram Bheem. It is being bankrolled by DVV Danayya under the banner of DVV Entertainment.

The film was originally planned as a July 30, 2020 release. However, the unforeseen delays, including those caused by injuries suffered by Jr NTR and Ram Charan during production, forced the makers to push the release date. The coronavirus outbreak and subsequent lockdown again disrupted the production.

Finally, the shooting was resumed in October last year, and the movie is currently in production. The much-talked-about film ‘RRR,’ will release in multiple languages on October 13 this year.