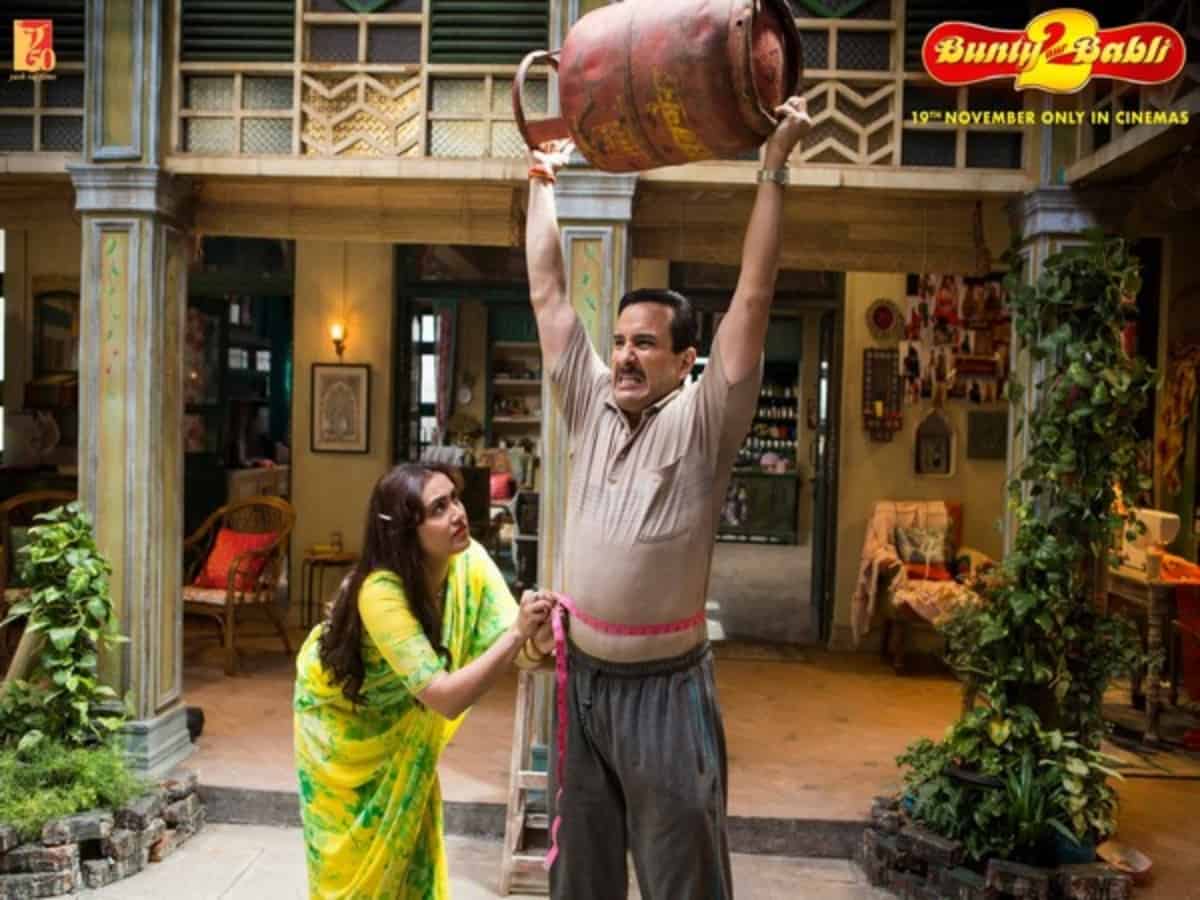 Mumbai: On Saturday, the makers of ‘Bunty Aur Babli 2’ unveiled the first look of actors Saif Ali Khan and Rani Mukerji from the film, and it is clearly evident from the posters that Saif has gained weight for his role.

Talking about the same, Saif, who will be seen essaying the role of a railway ticket collector in the movie, said, “I had to put on several kilos and then lose it quickly because of my packed shooting schedule. Now, when I look back, I’m glad I went through the process because Rakesh aka the OG Bunty looks believable in the film. He is a family man, who has quit conning people. He has settled down. He is endearing, his struggles are real. He was a legend and now he is a nobody. He craves to be known and that’s what makes him disappointed about how his life has shaped up. He wants to feel important.”

In one of the posters, Rani can be seen taking a measure of Saif’s large paunch.

The upcoming part, which is scheduled to release on November 19, also stars actors Siddhant Chaturvedi and debutant Sharvari