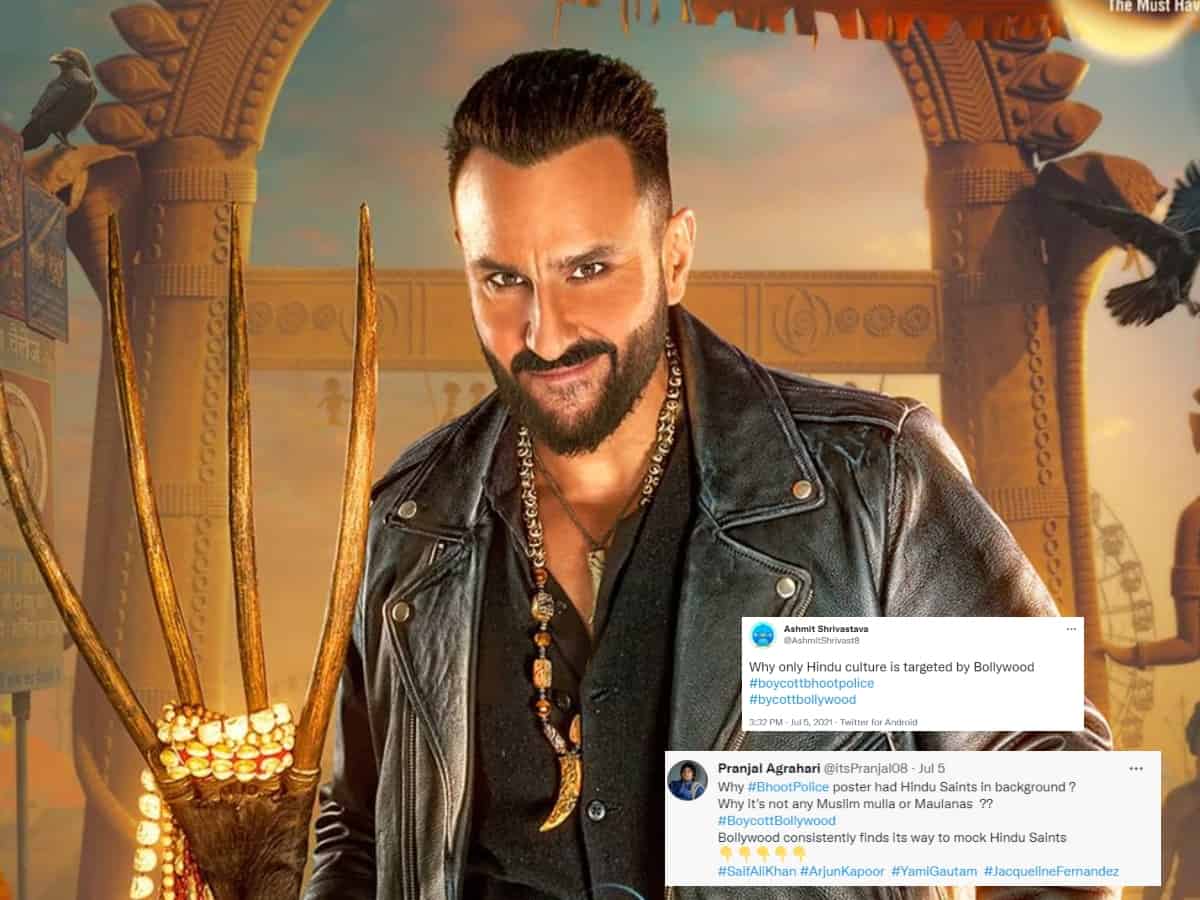 Mumbai: Bollywood actor Saif Ali Khan landed in controversial soup yet another time, after his latest poster from the upcoming movie ‘Bhoot Police’ did not go well among the social media users.

In the poster, Saif Ali Khan can be seen in a cool yet intriguing avatar, sporting a leather jacket paired with a black shirt. In the first look poster, Saif is seen holding a weapon that seems to help him in catching ghosts.

While many people claimed that it is an attempt to defame Hindutva, a section of netizens appealed to boycott Saif’s upcoming movie.

Take a look at the reactions below:

Trollers also said that Saif hasn’t learnt any lesson from Tandav. For the unversed, Saif’s Tandav too had landed in trouble where it was said that one of the scenes from the series allegedly hurt Hindu sentiments and it faced a lot of backlash. An FIR was also filed against the makers of movie.

Speaking about Bhoot Police, it has been directed by Pavan Kirpalani. Besides Arjun Kapoor and Saif Ali Khan, the film also features Yami Gautam and Jacqueline Fernandez.

Although the film was earlier scheduled to open in theatres, it will now release on OTT platform Disney + Hotstar. The release date is yet to be announced by the makers of the movie.