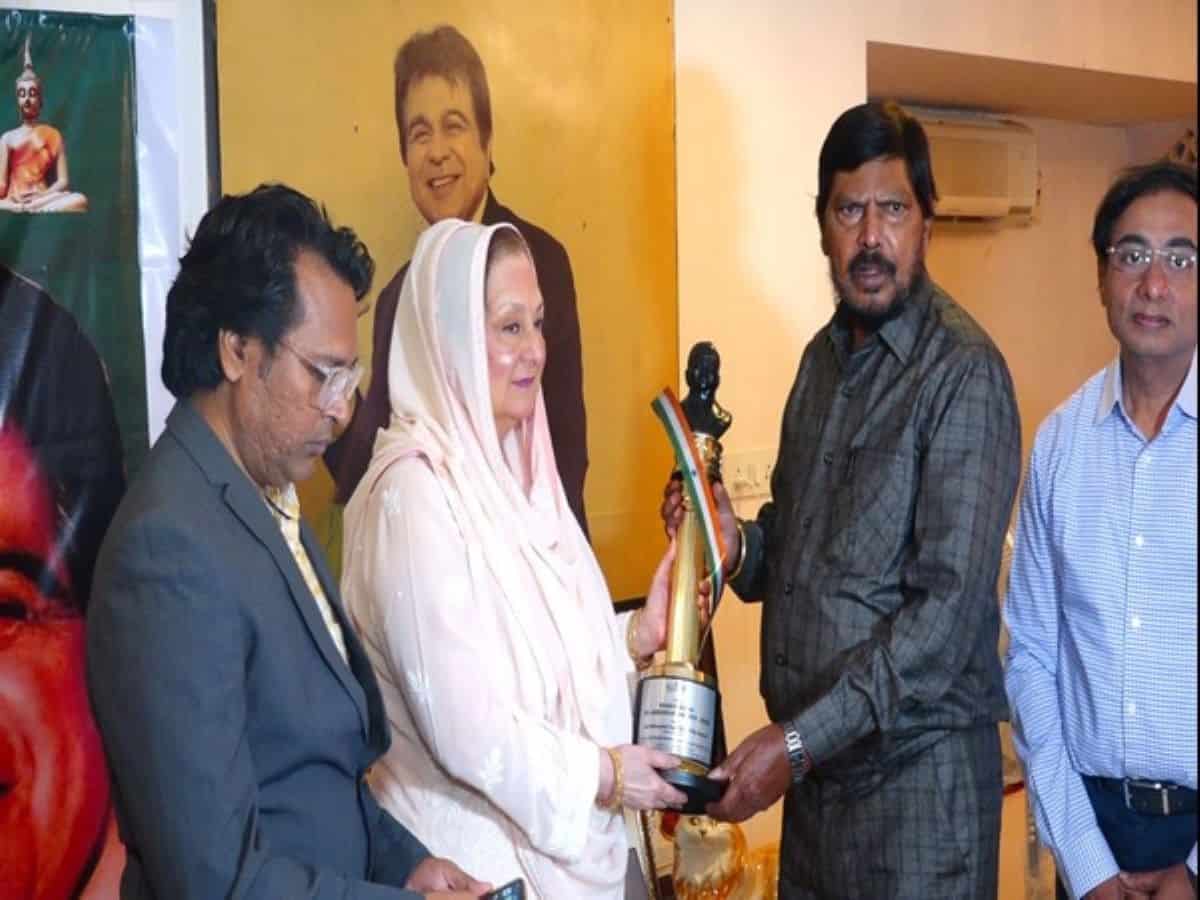 Mumbai: Former actor Saira Banu broke into tears after accepting the honourable Bharat Ratna Dr Ambedkar Award for her late husband and veteran actor Dilip Kumar, on Tuesday, saying that Dilip is ‘always with her’.

Upon accepting the award on behalf of her late husband, Saira Banu expressed her gratitude saying, “I feel extremely happy. Such a prestigious award for such a legendary person. I think that Dilip Sahab is here today with us and is witnessing this event. I would have been really happy if he was with us here today.”

Calling Dilip Kumar the ‘Kohinoor’ of India, Saiba Banu said that, he should be honoured with the Bharat Ratna award.

“I wish this happens. Dilip Sahab has been the ‘Kohinoor’ of India. So why shouldn’t a ‘Kohinoor’ receive the Bharat Ratna? I strongly believe that he should definitely receive the award.” said the ‘Padosan’ actor.

Speaking on how Saira Banu keeps the memory of Dilip Kumar in her alive, she said, “I believe in the reality that he is here with me at every step. I will never think that he is not here. It will be easy for me to accept that he is with me and will forever remain by my side, being my pillar of support- my Kohinoor.”

Saira Banu’s undying love for Dilip Kumar was evident as ever since the actor breathed his last in the past year, Saira has kept a low profile. She revealed to a media outlet that she was unable to cope with the loss of her beloved husband. Calling Dilip Kumar an ‘extraordinary’ man, Saira confessed that she was strongly attached to her husband and ‘desperately’ needed him in her life.

Saira and Dilip had been married for 55 years before the latter passed away on July 7, the previous year owing to a prolonged illness, ending an era in Bollywood. After his death, Saira was also hospitalised due to issues with her blood pressure levels in the same hospital where Dilip had been earlier.

In a career spanning nearly six decades, the star had delivered several unforgettable movies and moments that touched the hearts of many.

He had worked in three films that were helmed by Ghai. Dilip and Saira’s first movie together was ‘Vidhata’ in 1982 followed by ‘Karma’ in 1986 and ‘Saudagar’ 1991.