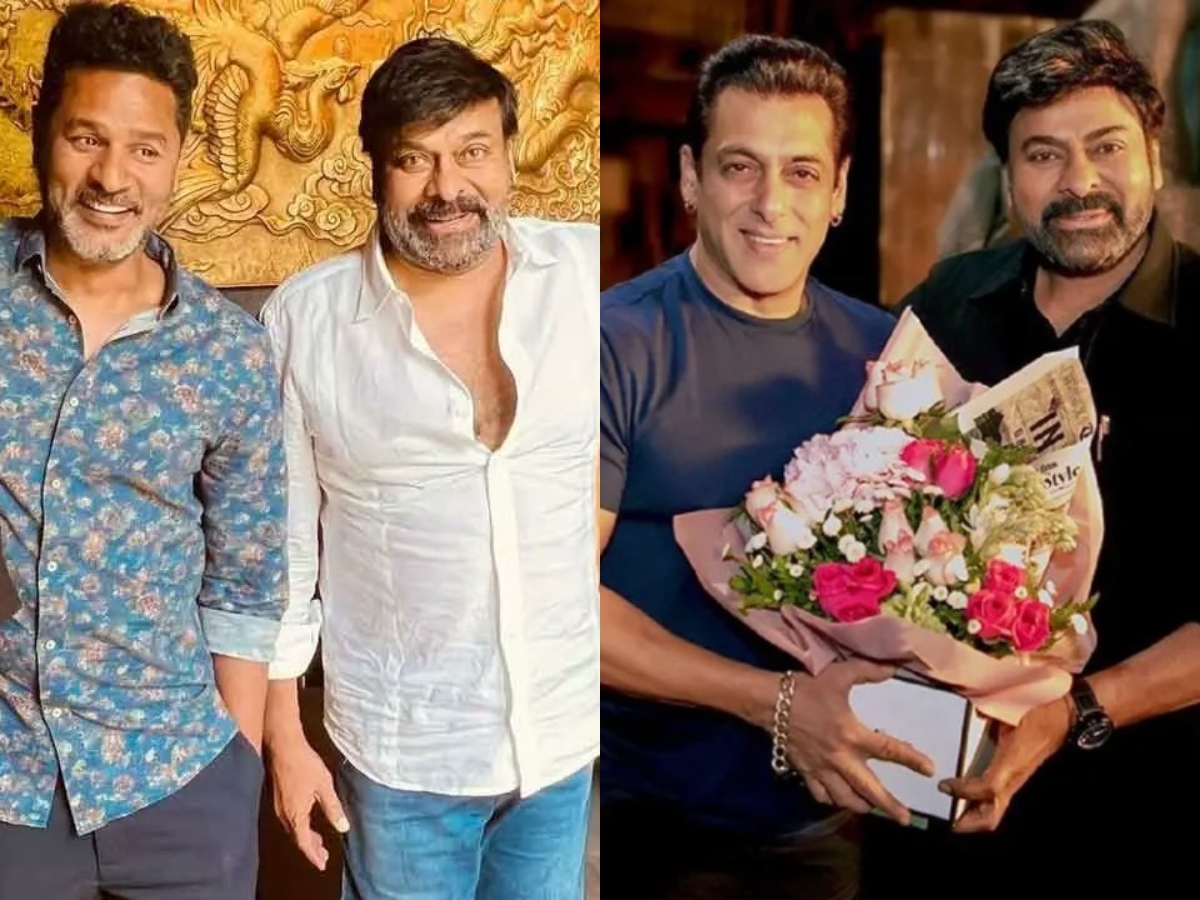 Hyderabad: In Mohan Raja’s directorial ‘Godfather’, a fun dance number, featuring Salman Khan and Chiranjeevi is being filmed. Even more thrilling is the fact that India’s renowned choreographer Prabhu Deva has joined forces with the Salman-Chiranjeevi duo to compose the moves for the superstars.

A picture of Mohan Raja and Prabhu Deva, a choreographer-turned-director who is directing a song in the blockbuster film ‘Godfather’, was posted on Twitter by Mohan Raja. The director also disclosed that the song’s filming had only started a day before.

“Today is more special First time working with the legend and director of #Nuvvosthanantenenodhantana @PDdancing on the day of #16yearsofunakkumenakkum On the sets of #Godfather,” his tweet reads.

Music director Thaman is roped in to compose the music for ‘Godfather’. Nayanthara is playing the leading lady in this movie, which also has Sunil, Satya Dev, Puri Jagannadh, and others in key roles. Produced by Konidela Production Company and Super Good Films.

For the unknown, ‘Godfather’ is the official remake of Mohan Lal- starrer ‘Lucifer’, a Malayalam movie.