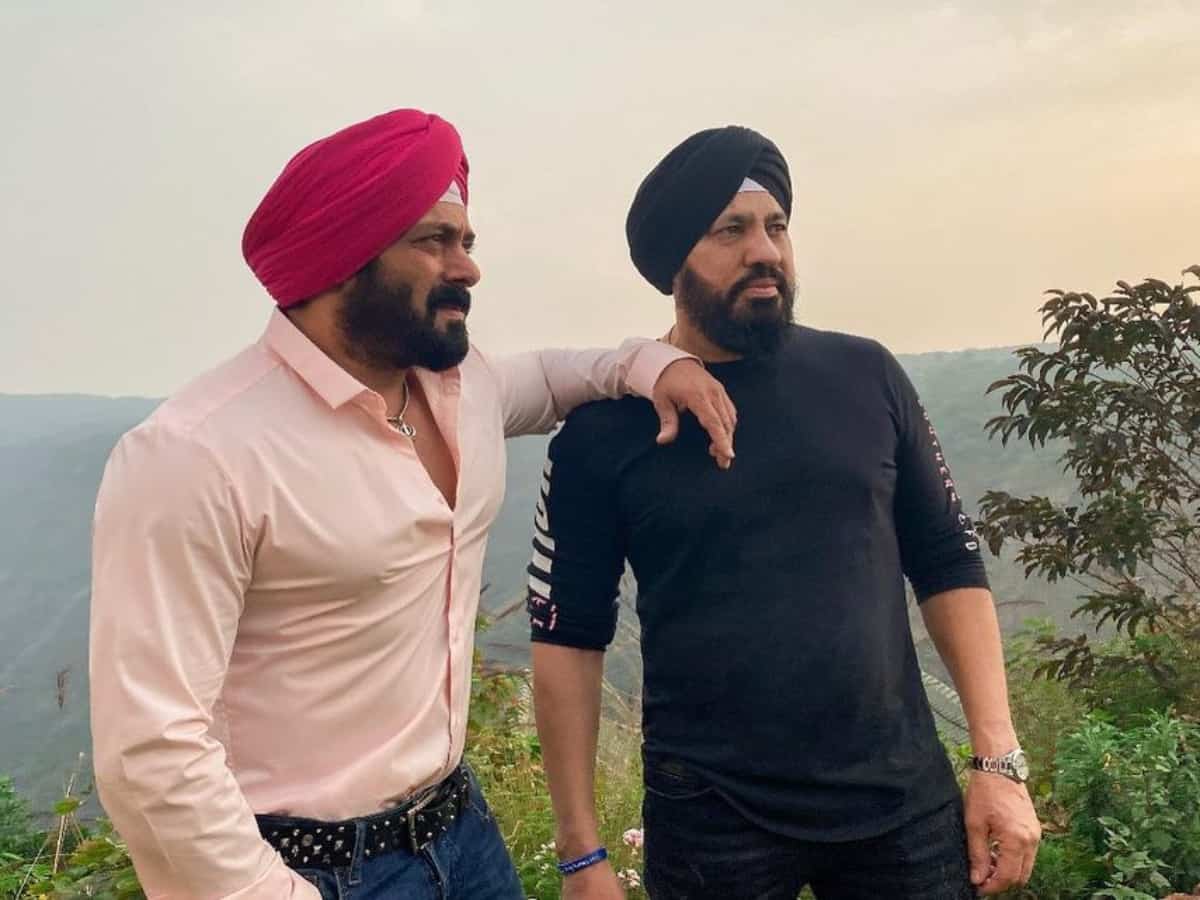 Mumbai: Bollywood superstar Salman Khan and the bond he shares with his bodyguard Shera is known to all. He has been protecting Salman since several years and in return we have seen Bhaijaan giving him utmost respect and care. And Salman’s latest Instagram post depicts the close bond that two of them share.

Taking to the Instagram on Wednesday, Salman Khan treated fans with a gem of picture with Shera. In the image, we see Shera wearing all black clothes along with a matching turban. While for Salman, he was seen in a pink shirt with blue jeans and a red turban. The photo was captioned, “Loyalty… @beingshera.”

The same image was also shared by Shera who wrote, “Will stand with you till death do us apart! Love you Maalik @beingsalmankhan.”

The fans got excited even more after looking at the latest photo that featured the two of them wearing turbans.

The picture happens to be from the sets of Salman Khan’s upcoming film ‘Antim: The Final Truth’ in which he will be seen playing a role of Sikh cop. The film also features his brother-in-law Aayush Sharma.

However, this is not for the first time we have seen Salman Khan and Shera bonding in front of the camera. Shera’s Instagram handle is filled with his pictures with his ‘maalik’ as he fondly refers to the superstar.

Meanwhile, on the professional front, apart from Antim, Salman Khan also has Radhe: Your Most Wanted Bhai and Kabhi Eid Kabhi Diwali in his kitty. He will also be reportedly seen playing cameo in Aamir Khan’s Laal Singh Chaddha and Shah Rukh Khan’s Pathan.

On Tuesday, Salman Khan announced that his upcoming film Radhe will arrive in cinemas on Eid 2021. Salman’s decision followed a request from exhibitors’ associations across the country for a theatrical release of the film. He took Instagram to share the good news with his 37.7 million followers: “Sorry it has taken me a long time to revert to all the theatre owners… It’s a big decision to make during these times. I understand the financial problems that the theatre owners/exhibitors are going through and I would like to help them by releasing ‘Radhe’ in theatres.”

“In return, I would expect them to take utmost amount of care and precautions for the audience who would come to the theatre to watch ‘Radhe’. The commitment was of EID and it will be Eid 2021 inshallah. Enjoy Radhe this year in theatres on Eid.. God willing..”