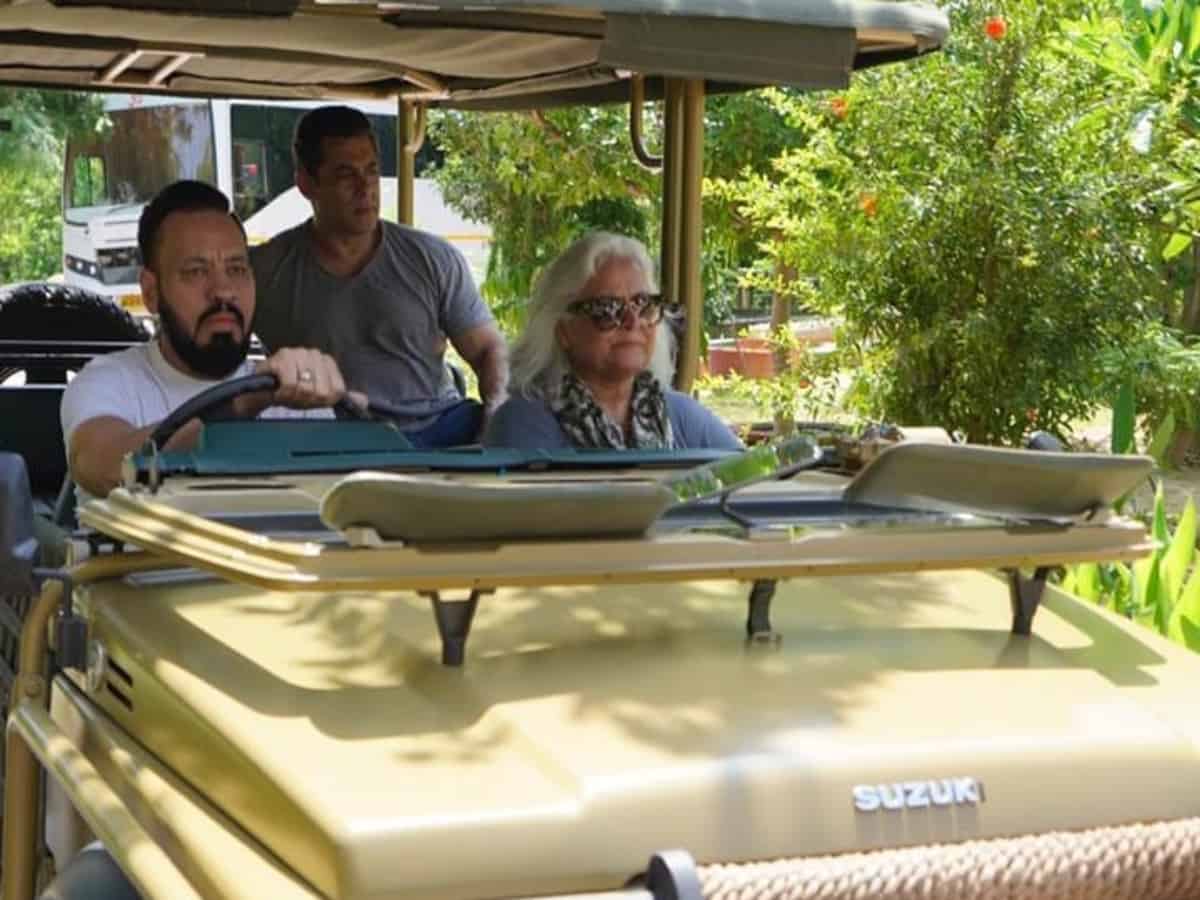 Mumbai: Superstar Salman Khan, who will soon begin his shoot schedule for Tiger3, is on his quick getaway to Jaipur, Rajasthan along with his friends and bodyguard Shera. The pictures from the vacation were shared on Instagram by his very close friend and actress Bina Kak who also joined the superstar.

Bina dropped a picture along with Salman Khan which also features Shera and captioned it as “Out on a safari..”

For the unversed, Bina Kak has appeared in a few films with Salman Khan films which include Maine Pyaar Kyun Kiya? and God Tussi Great Ho.

Meanwhile, on the professional front, Salman Khan is waiting for the release of his upcoming film Radhe: Your Most Wanted Bhai which is slated to hit the screens on Eid this year, May 13. The film also stars Disha Patani, Randeep Hooda and Jackie Shroff among others in the other pivotal roles. Salman will also be seen in third part of Tiger franchise alongside Katrina Kaif and Emraan Hashmi. He also has cameo role in Shah Rukh Khan starrer Pathan.