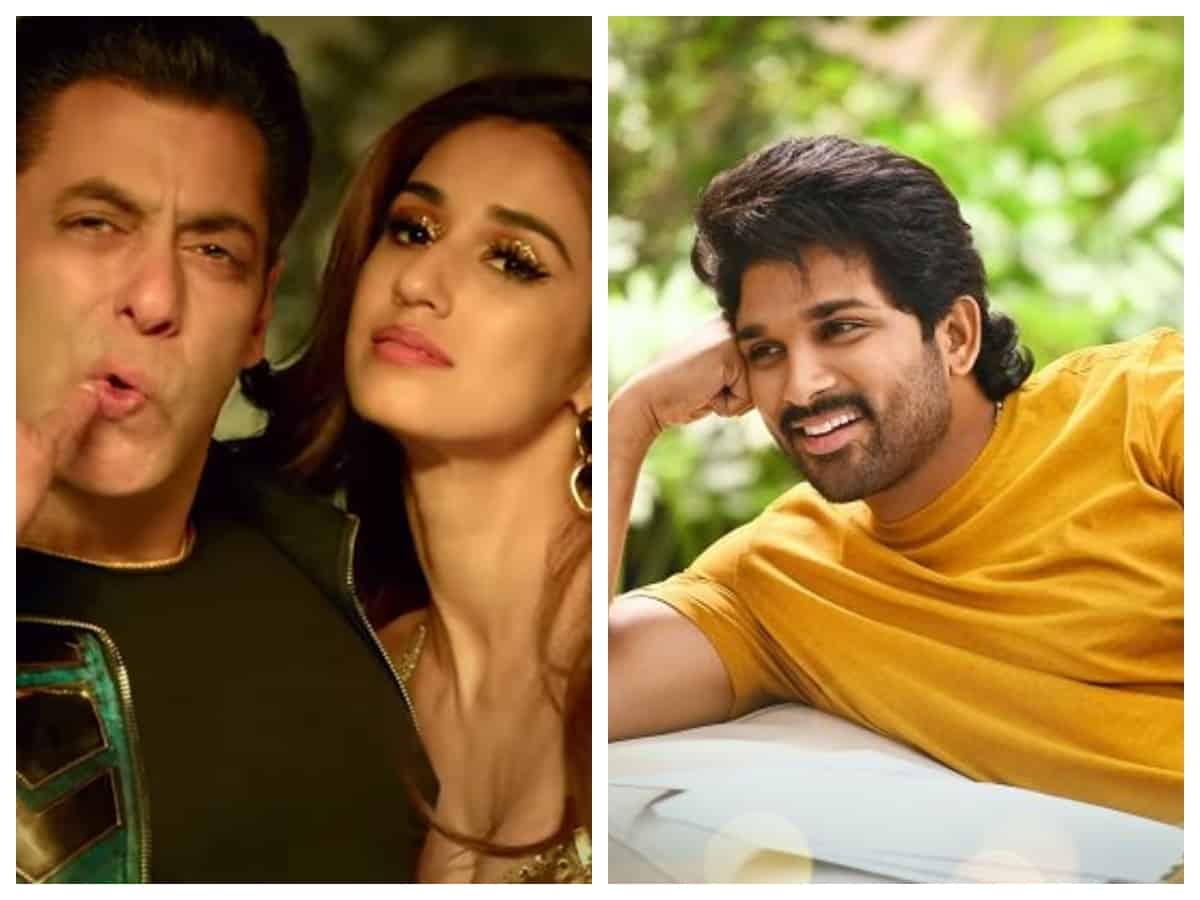 Actor Salman Khan who is all set for the release of his latest film ‘Radhe’ is in all praises for South superstar Allu Arjun as the new song ‘Seeti Maar’ from the film was unveiled.

The Radhe song is an adaptation of the Allu Arjun and Pooja Hegde original, also called Seeti Maar, from their film, Duvvada Jagannadham. The music was by Devi Sri Prasad (DSP), who has worked on this one too.

Thanking Allu Arjun for the song, Khan wrote, “Thank u Allu arjun for seeti maar absolutely loved the way u have performed in the song, the way u dance, your style, u r simply fantastic.. tk care n b safe. Rgds to ur family .. love u brother @alluarjun “

Seeti Maar has been written by Shabbir Ahmed while vocals are by Kamal Khan and Iulia Vantur.

DSP had earlier created the song Dhinka Chika for Salman-starrer Ready. Talking about reuniting with Salman for Seeti Maar, he told ANI, “It is always great fun to create music for Salman. He has always been someone who has appreciated my work and when Prabhu Deva and Salman, personally asked me to recompose Seeti Maar for Radhe, I was more than happy to oblige.”

Radhe will feature Salman as an encounter specialist out to “clean the city” of Mumbai of drug menace. He is pitted against actor Randeep Hooda, playing the main antagonist in the film.