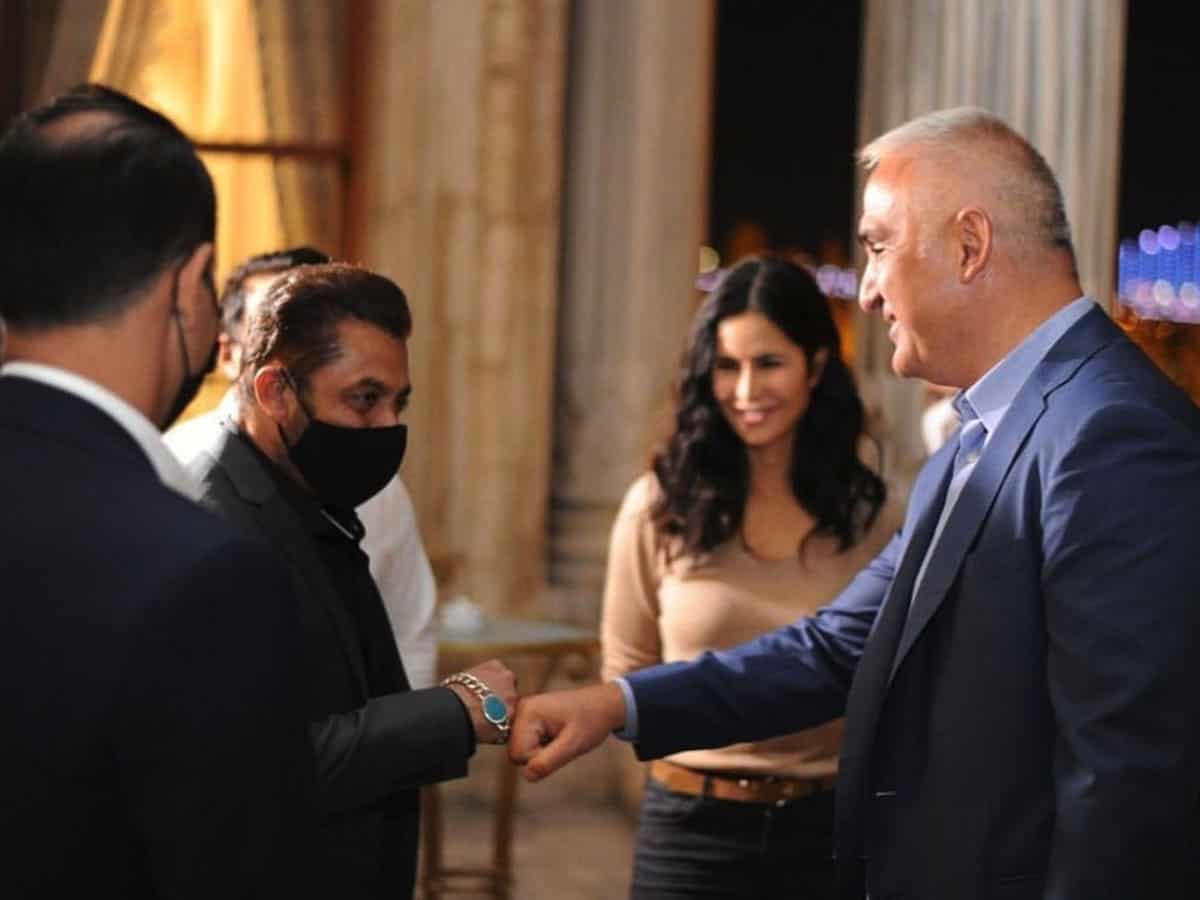 It was a lunch meeting that took place on Friday after the actors finished shooting day for the day for their upcoming spy thriller film ‘Tiger 3’.

Nuri Ersoy shared a series of pictures featuring him alongside the Bollywood stars.

Zareen Khan lashes out at paparazzi on ‘heartless’ treatment of Shehnaaz

Ersoy wrote in Turkish: “We came together with the famous actors of Bollywood, Salman Khan and Katrina Kaif, who are in our country for their new projects. Turkey will continue to host many international cinema projects.”

The third instalment, which is directed by Maneesh Sharma, also stars Katrina Kaif. ‘Tiger 3’ was put on hold due to the global outbreak of Covid-19.