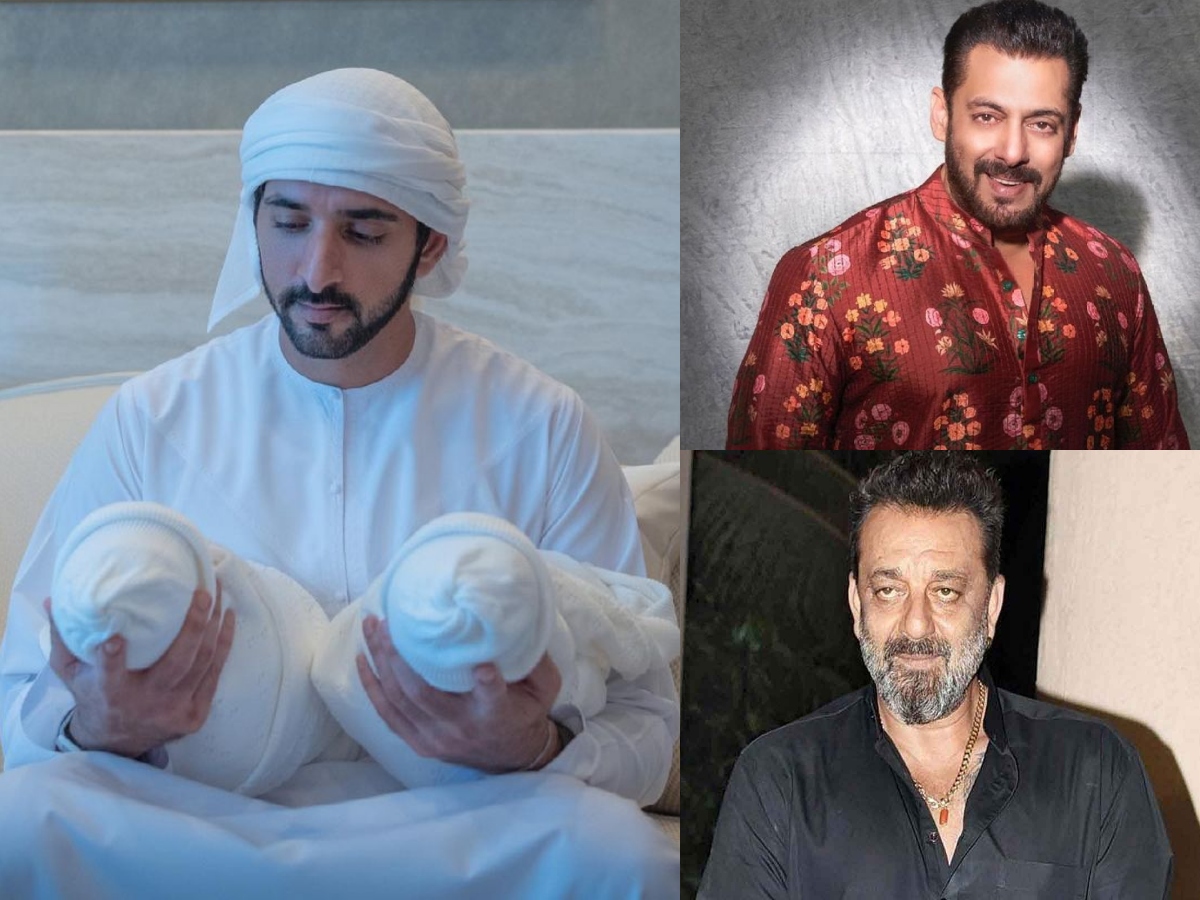 Mumbai: Superstar Salman Khan, who is one of the most active celebrities on social media, took to Instagram to pour in congratulatory message and love to the Crown Prince of Dubai, Sheikh Hamdan Mohammed bin Rashid Al Maktoum, on the birth of his twins.

Sharing a pictures a picture of prince and the newborn babies, ‘Congratulations Sheikh Hamdan on your newborn twins. Wish them all the love health happiness and respect @faz3.’

Sanjay Dutt took to his Twitter handle to congratulate Sheikh Hamdan on the birth of his twins. The actor wrote, ‘Congratulations to His Royal Highness Sheikh @HamdanMohammed on welcoming the twins. I wish them all the love, luck and happiness in the world.’

Sheikh Hamdan announced the arrival of his twins on May 20, by posting a simple image of blue and pink feet on Instagram, which suggested they he and his wife, Sheikha Sheikha bint Saeed bin Thani Al Maktoum, have welcomed a girl and a boy. According to Gulf News, the baby boy’s name is Rashid, while the baby girl’s name is Sheikha. The girl has got her mother’s name, while the boy shares his with that of Sheikh Hamdan’s late grandfather, Sheikh Rashid bin Saeed Al Maktoum.

On May 21, he posted the first picture of his newborn twins. Taking to Instagram, Sheikh Hamdan shared a picture of him holding his twins, a boy and a girl. The Crown Prince is seen seated on a sofa while holding his babies and looking at them lovingly.