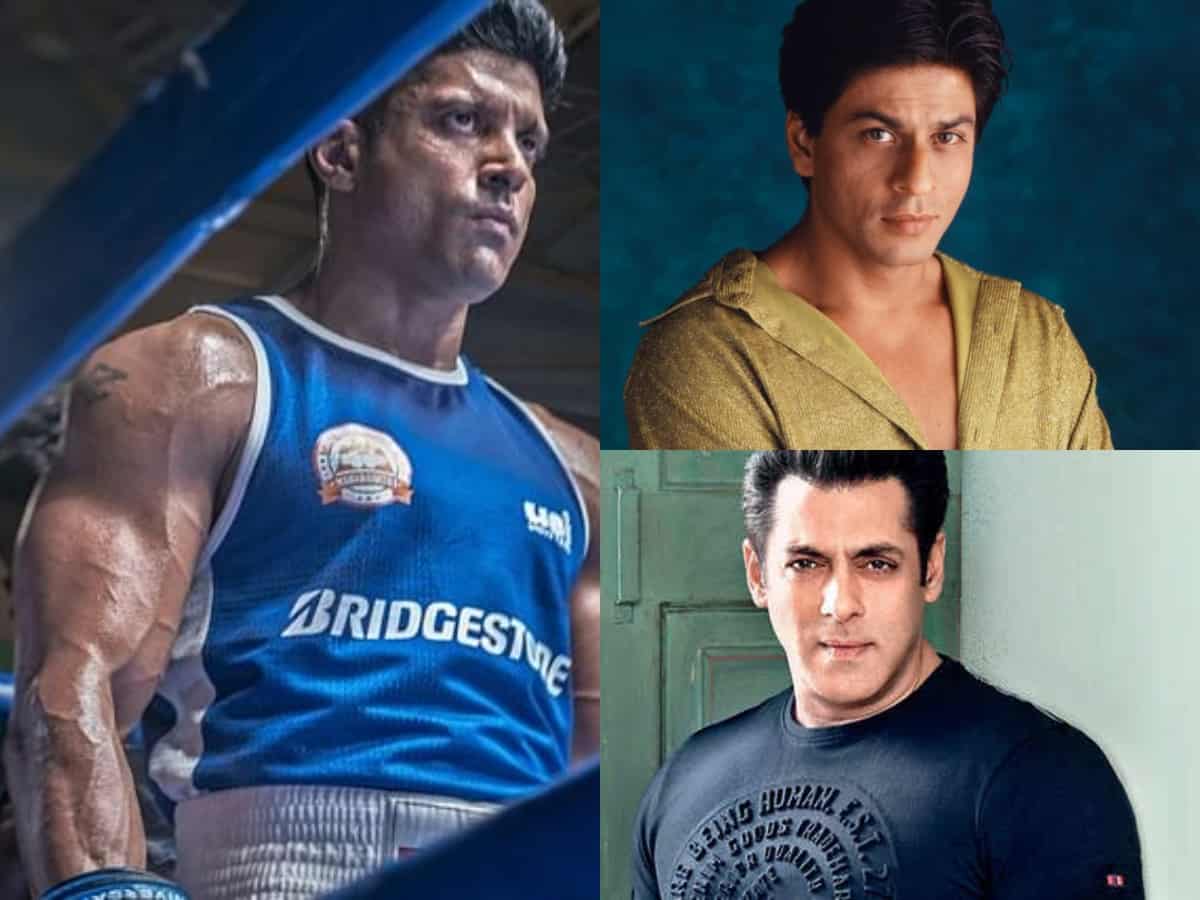 Mumbai: Much-awaited teaser of Farhan Akhtar’s upcoming movie ‘Toofaan’ was unveiled on Friday and ever since then the actor is all over the news. Directed by Rakeysh Omprakash Mehra, the film also stars Mrunal Thakur as the female lead.

Amid criticism which it faced from Twitter users, the action-packed and intriguing teaser has opened to rave reviews from the audience. The sports drama which will be releasing on Amazon Prime Video on 12 May, has already created chatter and excitement among the moviegoers with its posters and now teaser.

Toofaan’s intense teaser was not only praised by the audience but also many stars from Bollywood including Salman Khan, Shah Rukh Khan, Ritiesh Deshmukh and others who heaped praises on Farhan Akhtar role in it.

Wishing all the best to the film’s team, SRK took to Twitter and penned down a note to Akhtar. He wrote, “Wow! Always inspired by the effort u put in ur work. “Kinare hi se Toofan ka tamasha dekhne wale, Kinare se kabhie andaza-e-Toofan nahi hota” Azad. Ready to dive into Toofaan. All the best to the team for this awesomeness. Luv @[email protected]”

Farhan Akhtar thanked SRK and tweeted, “Thank you so much for the kind words, the poetry & the positivity .. Love you man @iamsrk#ToofaanTeaser.”

Congratulating Akhtar on the release of the teaser, Salman Khan tweeted, “Congratz farhan teaser looks good…”Responding to the ‘Bajrangi Bhaijaan’ star’s tweet, he wrote, “Thank [email protected] the first punching bag I ever hit was hanging in your home ..#ToofaanTeaser.”

“Love love loved it !!!!” wrote Riteish Deshmukh as he added multiple fire emoticons while sharing the teaser of ‘Toofaan’ on Twitter.

‘Toofaan’ also marks the second collaboration of Farhan with Rakeysh after the massive success of ‘Bhaag Milkha Bhaag’, the biopic based on Indian athlete Milkha Singh.

Produced by Excel Entertainment in association with ROMP Pictures, Toofaan stars Farhan Akhtar as a boxer, alongside Mrunal Thakur, Paresh Rawal, Supriya Pathak Kapur and Hussain Dalal. The film was set to hit the theatres on September 18, 2020. However, due to the novel coronavirus pandemic, the release got delayed and it will now directly release online on May 21.