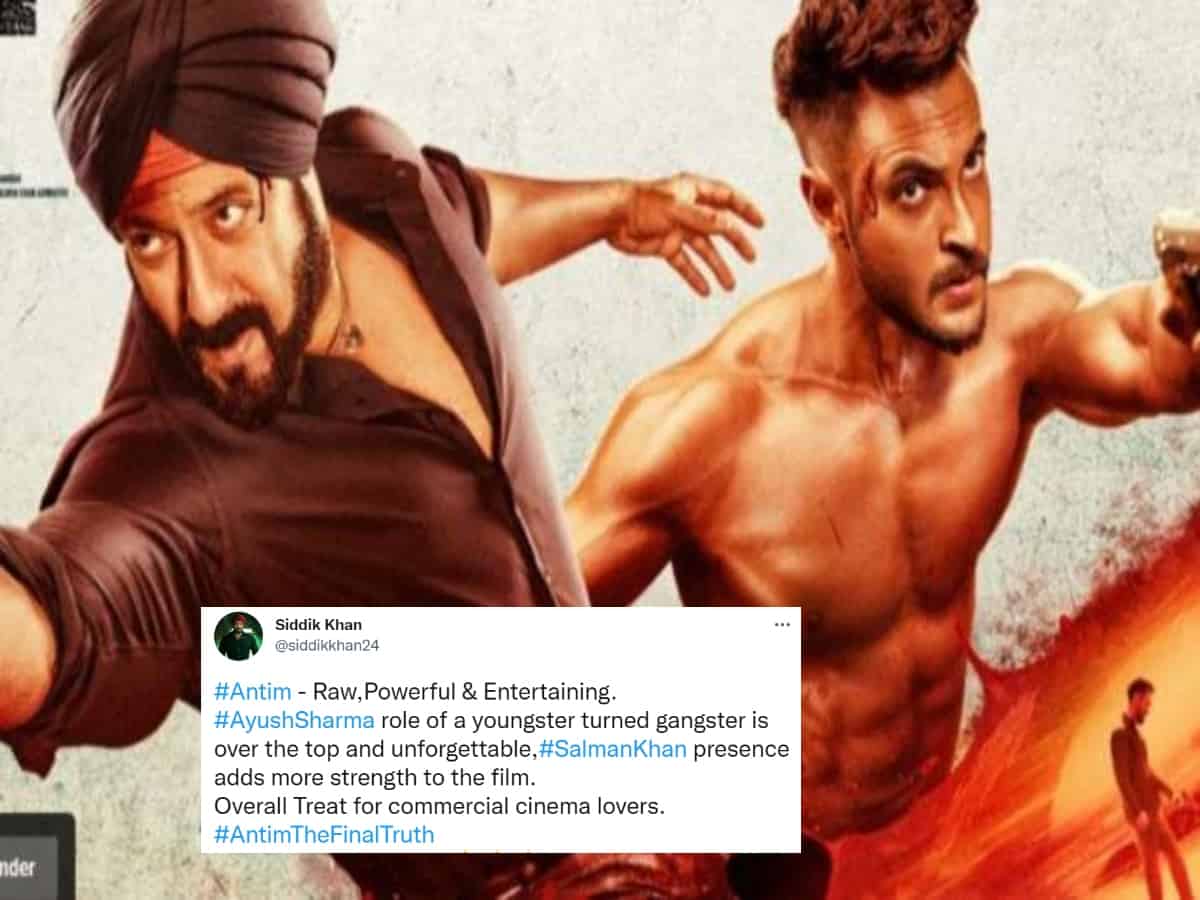 Mumbai: Bhaijaan is back on big screens! Bollywood superstar Salman Khan returned to theatres after a hiatus of almost two years with the much-anticipated film Antim-The Final Truth. The film which also stars his brother-in-law Aayush Sharma and Mahima Makwana, got released worldwide by Zee Studios on November 26 (Friday).

Antim has been directed by Mahesh Manjrekar, produced by Salman Khan, and presented by Salman Khan Films, Antim released by Zee Studios. It is a remake of the successful Marathi film Mulshi Pattern and has Salman Khan playing the character of a Sikh cop.

Fans were waiting for the movie ever since it was announced. As the movie finally got released in theatres today, netizens have been taking to Twitter to put out their review. Many lauded the ‘Real, Raw and Ruthless’ role of Salman Khan and gave a thumps-up for the movie.

The raw and ripped avatars and action sequences of Salman and Aayush is the one more thing which is gaining a lot of praises from the audiences and critics. Check out some of the tweets below: