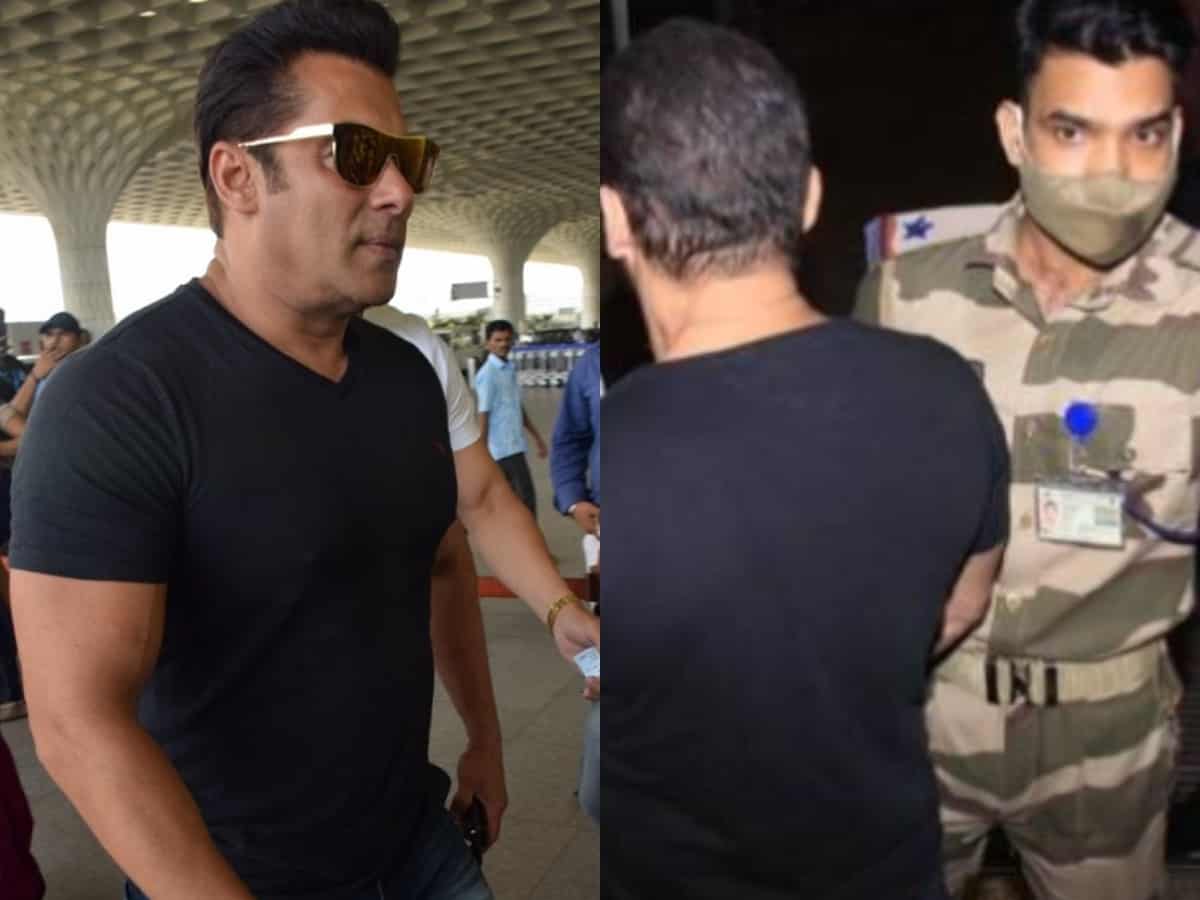 Mumbai: Bollywood actors Salman Khan and Katrina Kaif jetted off to Russia to start shooting for ‘Tiger 3’ recently. The two will continue their story as Tiger and Zoya in Russia where they will begin the first leg of their international schedule. The duo were papped at Mumbai airport.

In an video, which is now surfacing online, Salman Khan can be seen arriving at the airport as he leaves the country for the shoot. As the Radhe actor is about to enter the airport premises, an officer stops him and requests that he get his documents checked at the gate before entering the terminal.

As soon as the video went viral, many social media uers started hailing the officer for his dedication to his duty and for enforcing all rules equally for citizens irrespective of their celebrity status.

Watch the video below which was shared by Bollywood’s ace photographer Viral Bhayani on Instagram.

“I am not a fan of Salman but mujhe sabse aacha tab laga jab CISF Sub Inspector ne roka Salman ko (applause emoji)… (I appreciate the CISF Sub Inspector stopping Salman) Salute him for doing his duty,” a fan said. “Salute CISF Officer…” another fan followed. “Love the way out CISF personal stopped this bulla to get inside without verification.. love our jawans..” a comment read.

Speaking about Tiger 3, the film also stars Emraan Hashmi along with Salman Khan and Katrina Kaif. Directed by Manish Sharma, the project is the third film in the Tiger franchise.