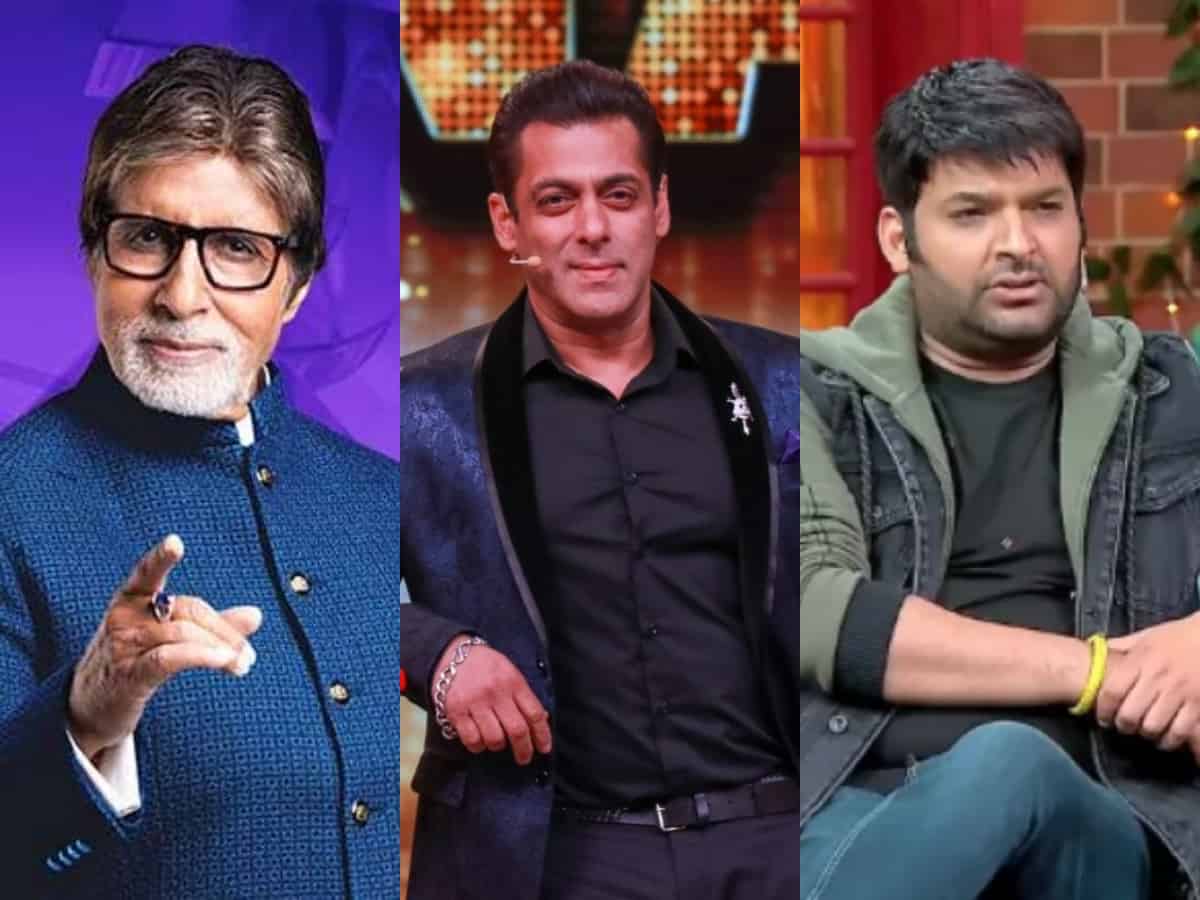 Mumbai: With the advent of various reality shows, Indian Television show has seen a huge growth in the past few years. People invest a huge part of their lives watching reality shows. Seeing this demand, TV actors actually charge a large amount and some even earn more in TV shows than they do in films. Here’s a list of the top 5 highest-paid TV hosts of India.

There’s no denying that Salman Khan’s presence in the controversial reality show Bigg Boss is forever interesting. The show went on to become popular with his charming presence and humurous antics. He will be soon seen in Bigg Boss 15 and to host it he is reportedly charging Rs 350 crore for the whole season.

One of the popular quiz-based reality show Kaun Banega Crorepati is hosted by megastar Amitabh Bachchan. It is exactly not known about his fees but it is for sure that he charges a hefty amount. Reportedly, Bachchan took home Rs 25 Lakhs per episode during the first season and as the popularity of the show grew, the actor’s earnings increased to a staggering Rs3.5 crores.

From Laughter Challenge to various comedy shows, Kapil Sharma has made millions of people laugh not only in India but across the globe. In the past 10-12 years of his career, Sharma has taken part in several big and small comedy shows. If the reports are to be believed, Kapil Sharma was charging Rs 30 lakh per episode to host the show till its last season. Now, it is being reported that, he has hiked his fee per episode to Rs 50 lakh. In other words, earlier he used to charge Rs 60 lakh a week, but now his fees will be one crore a week.

Bollywood filmmaker Karan Johar gets to take home a giant paycheck. It was reported that he took home Rs100 million for every season of ‘Jhalak Dikhhla Jaa’. Karan Johar recently the hosted of the first season of Bigg Boss OTT which aired for six weeks and his remuneration for the controversial reality show isn’t disclosed yet.

Akshay Kumar hosted the Indian version of the reality show ‘Fear Factor Khatron Ke Khiladi’ based on stunts. He hosted first and third season of the stunt-based show. According to reports, Akshay initially charged Rs. 2.75 crore to Rs. 3 crore whereas he later agreed to Rs. 1.25 to Rs. 1.75 crore per episode.