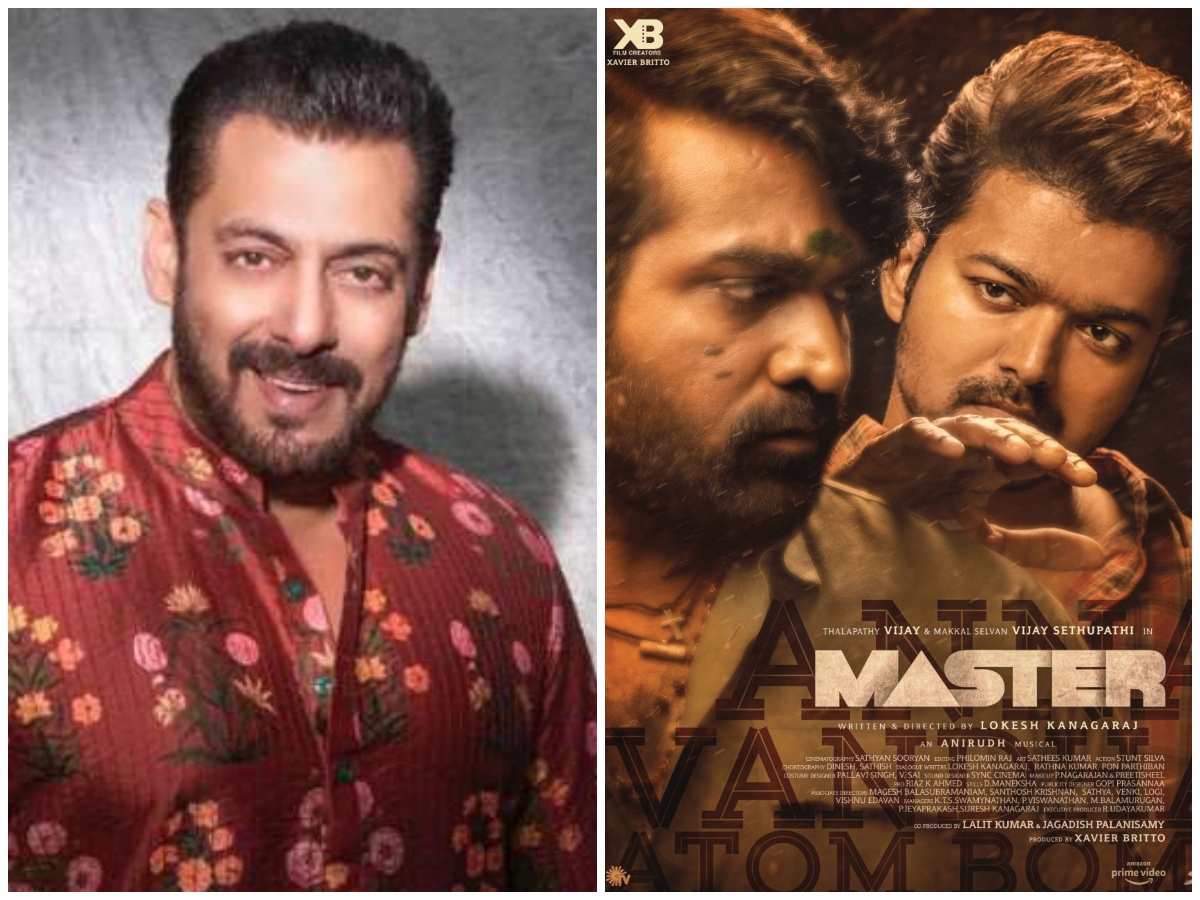 Mumbai: Recently, the reports of remake of the Tamil blockbuster ‘Master’ started doing rounds and now apparently the team of the film have started to approach actors to step into the lead character of Master and the baddie Bhavani.

The Tamil blockbuster that had a theatre release, had ‘Thalapathy’ Vijay and ‘Makkal Selvan’ Vijay Sethupathi in the lead roles and the cat and mouse chase managed to win over the audiences and the critics.

It hit the screens on January 13 and emerged as a big hit in Tamil Nadu and the Telugu states despite  Covid-19 restrictions. The Hindi-dubbed version, however, proved to be a ‘disaster’ as it was not promoted well.

According to the last reports by Pinkvilla, team Master is keen to have Bollywood superstar, Salman Khan on board the film.

“Murad and the team of Endemol have had a couple of meetings with Salman Khan over the last 30 days, to discuss Master with him. Salman has liked the concept of the film, and has shown keen interest, however, is waiting for the team of Master to come to him with a bound script in Hindi, as a lot of elements from the Tamil original have to be tweaked to suit the sensibilities of Bollywood audience,” revealed a source close to the development.

“Salman’s aura and personality suits best for the role of Master, and that’s exactly what the makers also felt. The discussions are in the very nascent stage, and Salman will take his decision on doing or not doing the film only after hearing the screenplay narration. The team of Master is currently working on the rewriting the script – tweaking the second half of the original, and editing the rather longer portions to keep the runtime in check in Hindi. The next narration with Salman is expected to take place in a couple of months,” the source added.

Meanwhile, Salman is gearing up for the release of his Eid 2021 release, Radhe, the theatrical trailer of which is expected to hit the digital world soon. He is currently on a break from the Tiger 3 shoot, and expected to re-join the gang in the second week of April in Mumbai. Reportedly, he will be juggling between the promotions of Radhe and the shoot of Tiger 3 in April and May.