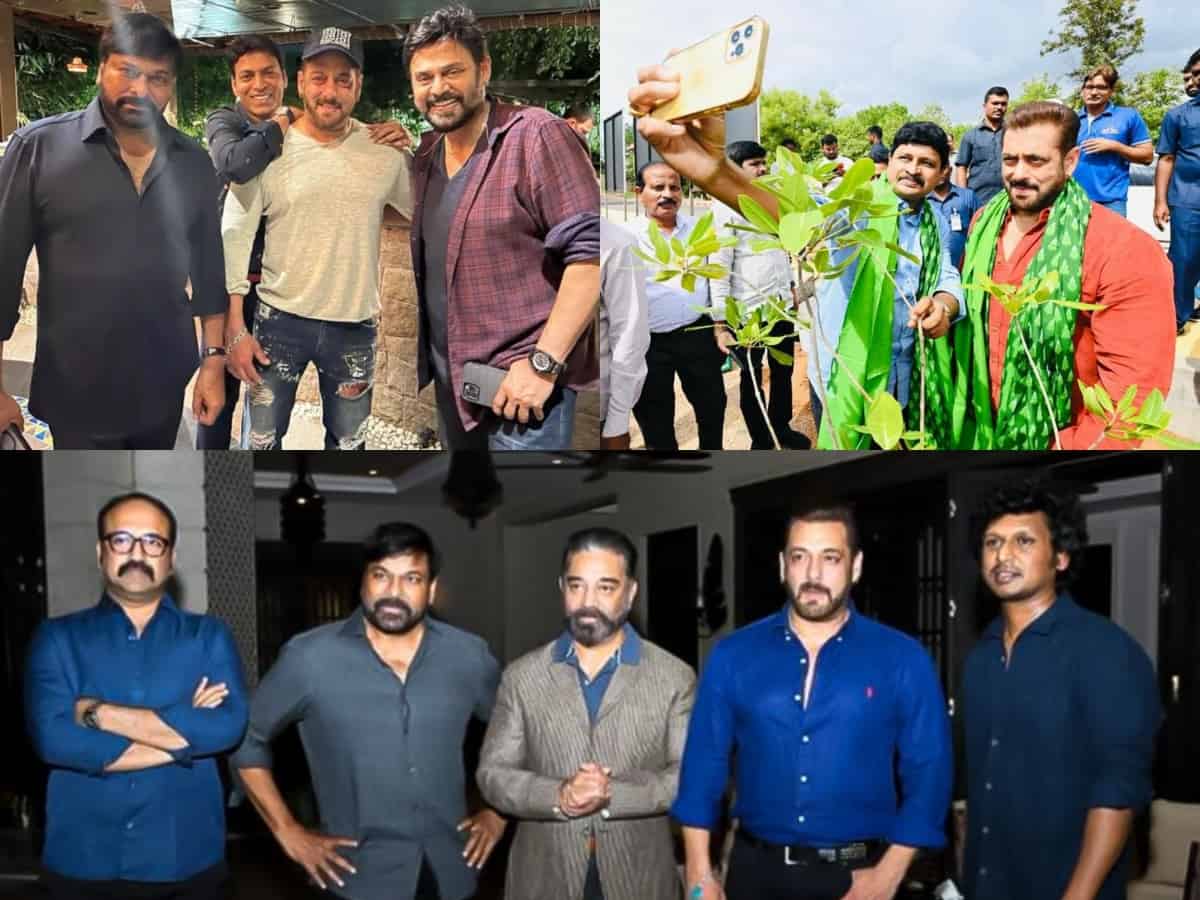 Hyderabad: Bollywood superstar Salman Khan is in Hyderabad for the shoot of his upcoming film ‘Kabhi Eid Kabhi Diwali’ (now changed to ‘Bhaijaan’) and has been grabbing headlines for having a jolly time in the City of Nizams and Pearls.

According to multiple reports, he is staying and shooting in Ramoji Film City along with Shehnaaz Gill and Tollywood actors Pooja Hegde, Venkatesh Daggubati, and Jagapathi Babu. Since his arrival on June 6, he is being spotted around the city and fans are asking for more glimpses of Sallu Bhai in Hyderabad.

Well, in this write-up we have compiled all photos of the megastar in Hyderabad as a treat to his fans. Scroll ahead to have a look.

Salman Khan at the success party of ‘Vikram’

Snapped with a fan

At a private party at JC Pawan Reddy’s house

Participating in the Green India Challenge 5.0