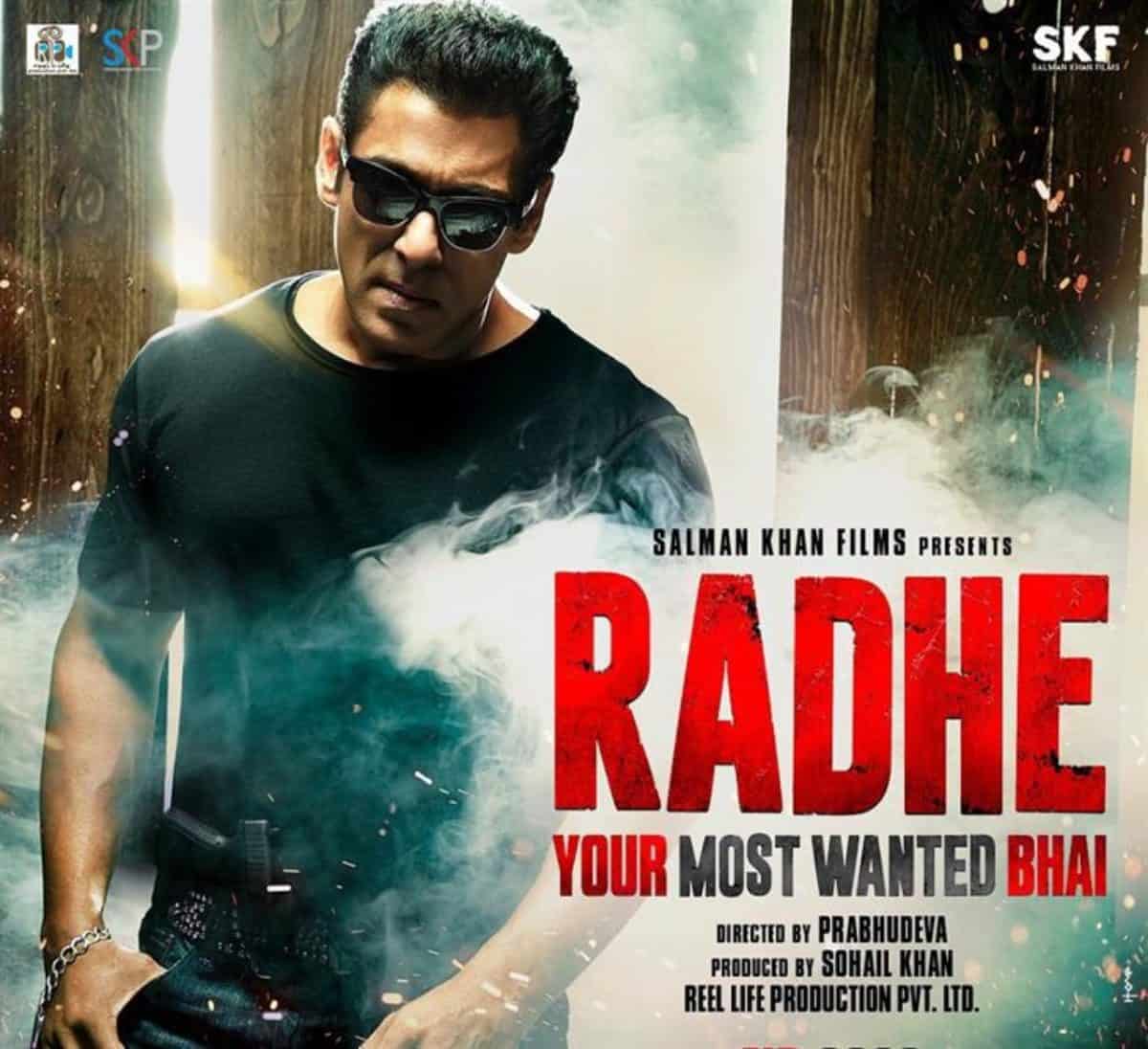 Mumbai: Makers of Salman Khan’s much-awaited film ‘Radhe: Your Most Wanted Bhai’- Zee Entertainment Enterprises and Salman Khan Films have joined hands with the Give India Foundation to support COVID-19 relief work across the nation.

After several celebrities came together to raise funds to help tackle the COVID-19 crisis, makers of Prabhu Deva directorial film ‘Radhe: Your Most Wanted Bhai’ stepped forward to provide support.

Taking to their official Instagram handle, the makers relesased a statement to announce that they have partnered with the donation platform to support COVID-19 relief work across the country, including the donation of essential medical equipment ranging from oxygen cylinders, concentrators and ventilators. 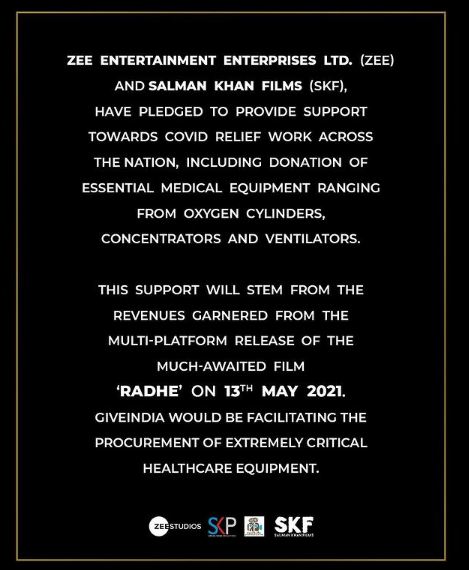 They also said that the revenue garnered from the movie will be donated to Give India which will then directly benefit the healthcare physical infrastructure, including Covid care centres, isolation centres, oxygen generation plants, medical equipment and vaccine support.

Earlier on Wednesday, the makers dropped the title track from the movie which took the internet by storm and accumulated more than 9 million views within less than a day of being released on YouTube.
‘Radhe: Your Most Wanted Bhai’ is also the first Indian film to have a multi-format release.

It will be released on ZEE’s pay-per-view service ZEEPlex which rests on India’s leading OTT platform ZEE5 and also on all leading DTH operators. The actor, along with his studio partner Zee Studios, have opted for this hybrid release model given the rise in coronavirus cases across the country.

The action flick by the Yash Raj Films banner, directed by Prabhudeva, was earlier scheduled to release on Eid 2020, but it could not see the light of the day due to the closing of film theatres owing to coronavirus-induced lockdown.