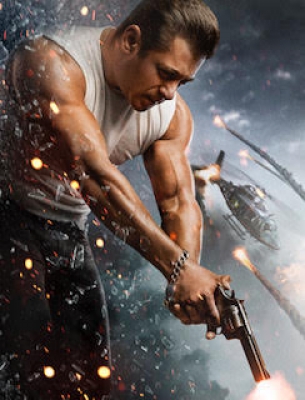 Mumbai, March 13 : The poster for Salman Khans next, Radhe: Your Most Wanted Bhai has been unveiled. The Prabhu Deca directorial is Salmans Eid release this year, and all set to release theatrically on May 13.

The actor dons a fierce avatar in the poster against the backdrop of a battleground, with burning helicopters and artillery. He flaunts trademark chiselled physique and an intense look.

“Salman Khan and Eid have a special connection and we at Salman Khan Films are happy to continue the tradition with Radhe: Your Most Wanted Bhai. We are looking forward to bringing back the era of clapping, cheering, whistling and the ‘house-full’ boards Salman Khan’s movies are known for,” said a spokesperson from Salman Khan films.

Talking about the film, Shariq Patel, CBO, Zee Studios, said: This would be one of the biggest movies in 2021 and we are keen to see the audience support/response. I am sure it would be a delight for the fans after a tough year. Radhe: Your Most Wanted Bhai will be the perfect Eidi for Salman fans and cinema goers.”