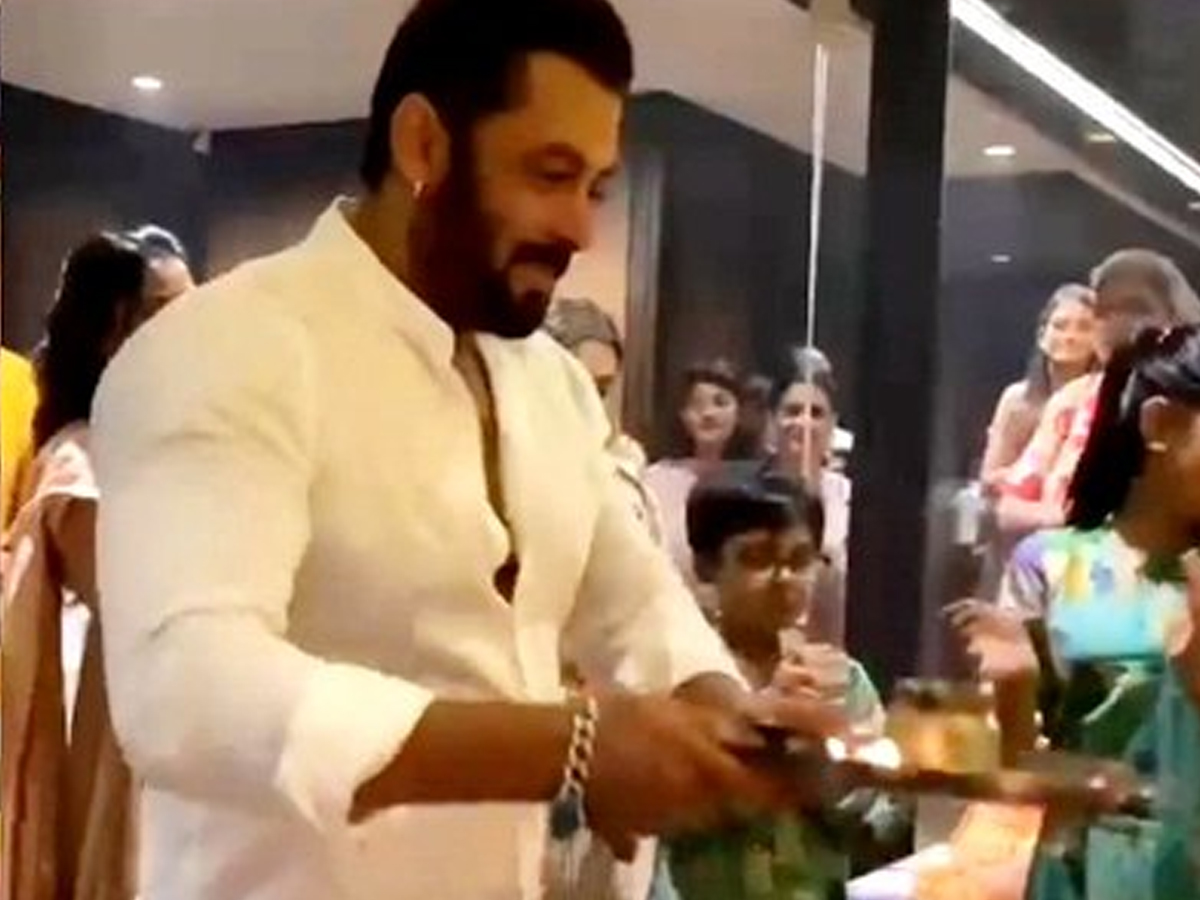 Mumbai: Bollywood superstar Salman Khan along with his family welcomed Ganpati at his sister Arpita’s home and even shared a video of performing aarti.

Salman took to Instagram, where he shared a small clip from the celebrations. In the video, the ‘Dabangg’ star is seen performing aarti dressed in a white shirt paired with denims.

Soon after him, Arpita and her actor husband Aayush Sharma are seen doing the aarti and praying.

The superstar is a believer in all faiths. His Father Salim Khan’s first wife Salma is a Maharashtrian Brahmin and the second, is former Bollywood actress Helen, a Catholic. They celebrate Eid, Ganpati, Diwali and Christmas with full fervour.

On the work front, Salman on completing 34 years in Hindi cinema on August 26, announced that the title of his movie ‘Kabhi Eid Kabhi Diwali’ has been re-christened to ‘Kisi Ka Bhai.. Kisi Ki Jaan’.