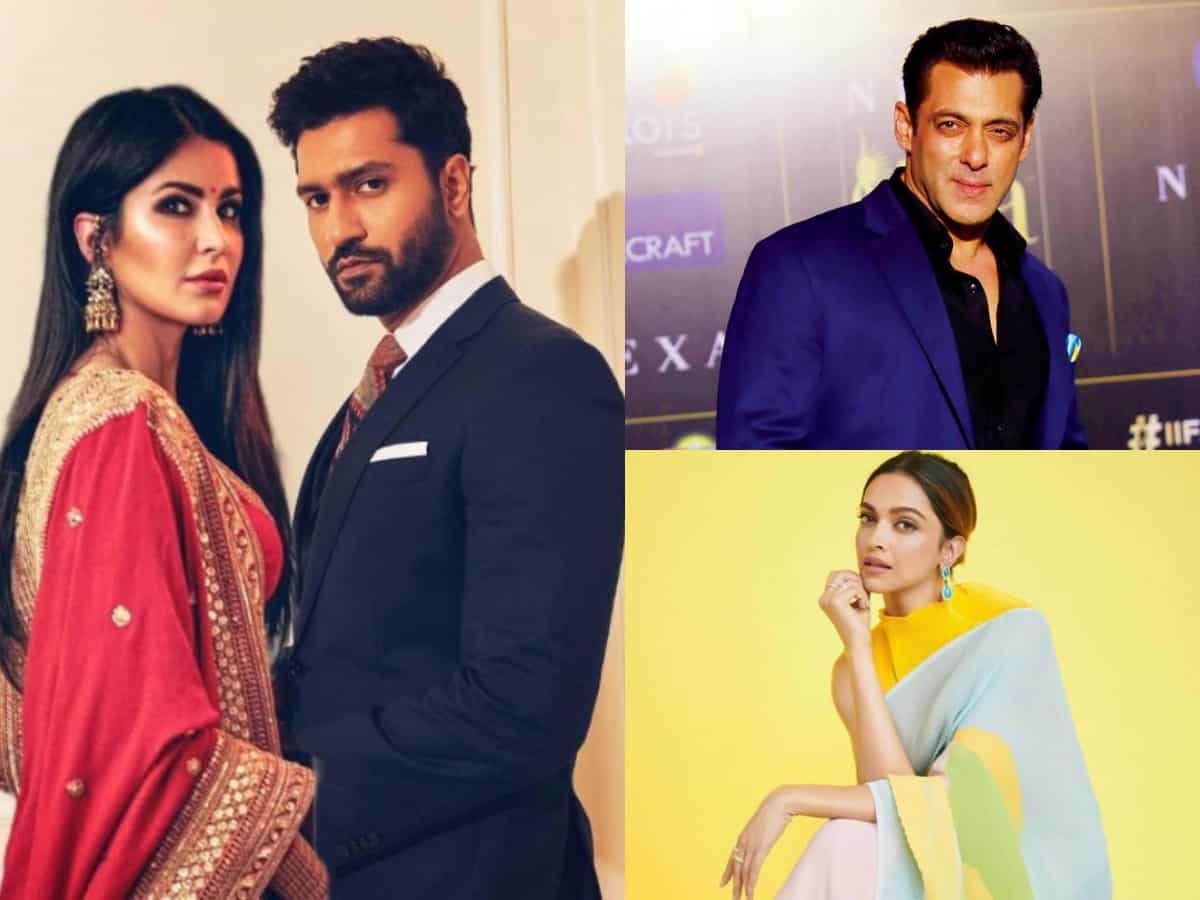 Mumbai: It’s time for band baaja baaraat in Bollywood and wedding bells have already started ringing in. After Rajkummar Rao and Patralekha’s fairytale marriage, fans are likely to witness some big fat weddings in the coming months. Yes, you heard that right! If the rumours are to believed, Katrina Kaif-Vicky Kaushal and Alia Bhatt-Ranbir Kapoor are set to tie knot very soon.

Katrina and Vicky will reportedly exchange the wedding vows at the Six Senses Fort Hotel in Rajasthan’s Sawai Madhopur district. The wedding celebrations will be held from December 7-12 and the booking has been done in the hotel for the wedding.

However, an official announcement is yet to be made.

Celebrities who will and will not attend wedding

As the wedding preparations are already in full swing, a rumoured guest list have been doing rounds on internet.

In terms of work, Katrina was last seen in Rohit Shetty’s Sooryavanshi. On the other hand, Vicky was recently seen in Sardar Udham and received a lot of praise for his performance in the Shoojit Sircar film.