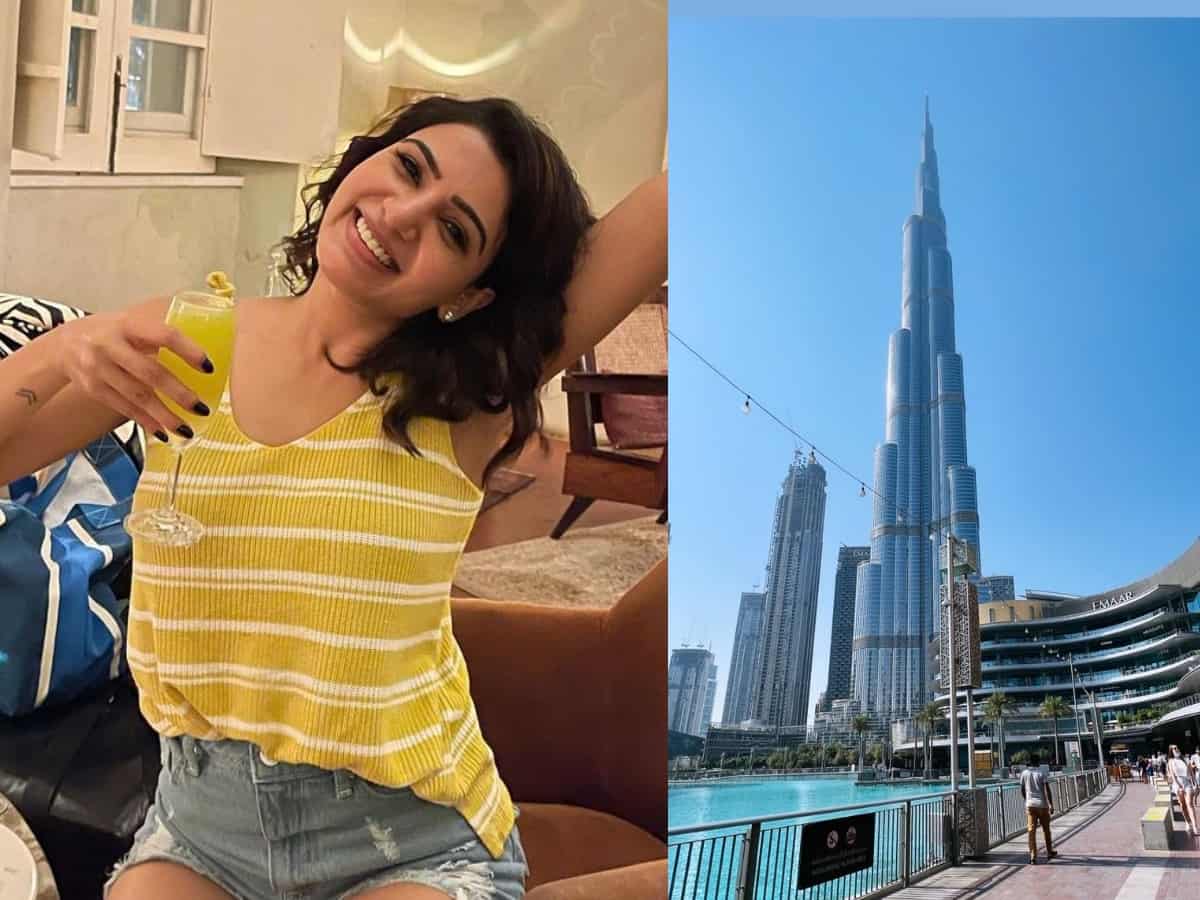 Hyderabad: South actress Samantha Ruth Prabhu is a travel enthusiast. Her Instagram profile proves the fact. She was recently on a spiritual trip — ‘Char Dham Yatra’ in Rishikesh. Before that, Samantha was seen chilling in Goa.

Now, The Family Man 2 actress is holidaying in Dubai. On Wednesday, Samantha revealed that she is off to an undisclosed foreign location and kept the fans guessing. After a few hours, she revealed that she is currently in Dubai and shared a stunning photo of iconic Burj Khalifa.

She also posted a video clip of a host of Lebanese dishes and wrote, “First stop Lebanese” followed by a heart face emoji. In her another Instagram story, she shared a picture of the dish she was having and captioned it, “Live for vine leaves” along with a red heart emoji.

Last week, Samantha had shared her experience of visiting all four pilgrimage sites– Yamunotri, Gangotri, Kedarnath and Badrinath. Check out the pictures below:

The actress recently announced her divorce from Naga Chaitanya. The couple who got married in October 2017, ended their four years of togetherness due to irreconcilable differences.

Meanwhile, on the work front, Samantha signed two Tamil-Telugu bilingual films with debutant directors. She was last seen in the second season of Raj and DK’s hit spy series, The Family Man. She is looking forward to the release of Telugu movie Shaakuntalam.