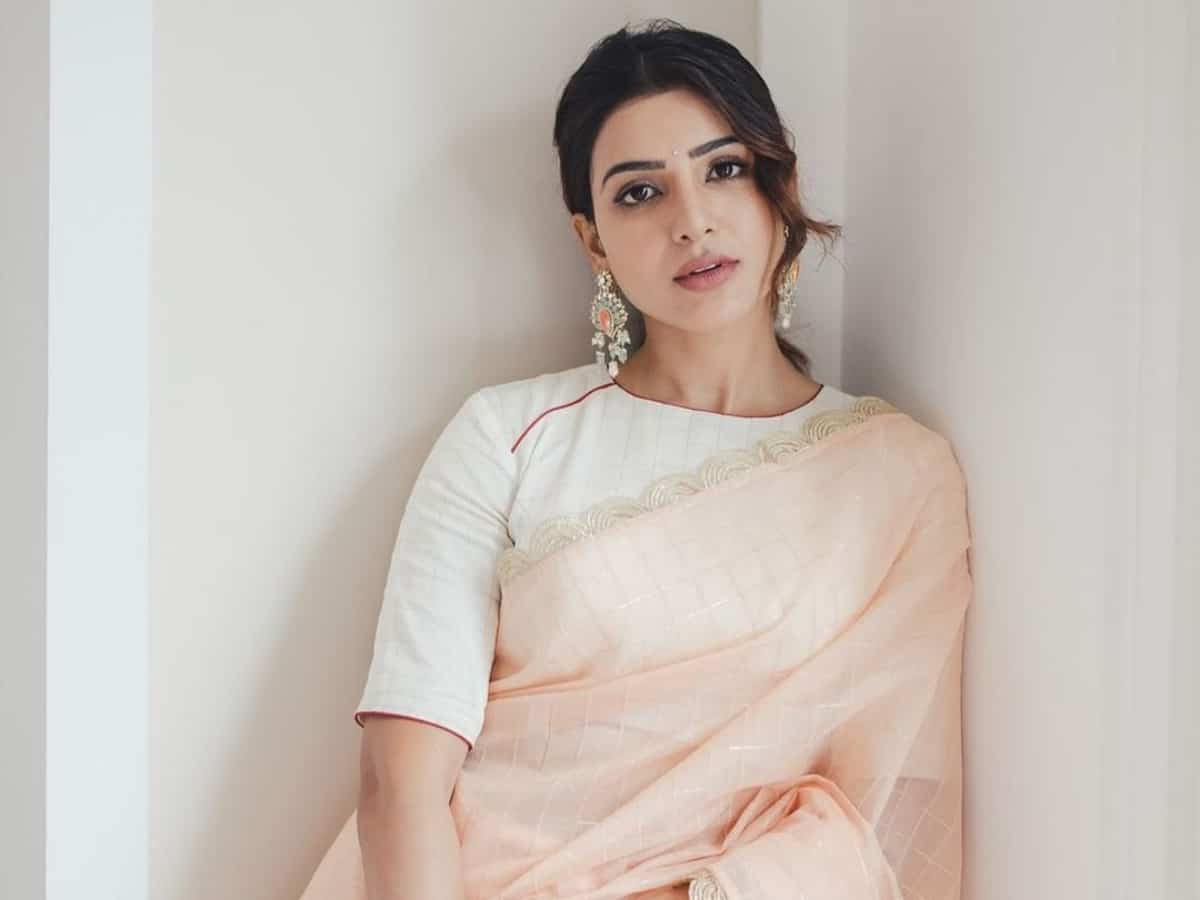 Mumbai: Actor Samantha Ruth Prabhu has called out a report on Twitter that claimed that Naga Chaitanya’s fans are upset with her as she has allegedly been planting his and Sobhita Dhulipala’s dating rumours.

Requesting people to “grow up”, Samantha tweeted, “Rumours on girl – Must be true! Rumours on boy – Planted by girl! Grow up guys…Parties involved have clearly moved on… You should move on too. Concentrate on your work… On your families… Move on.” 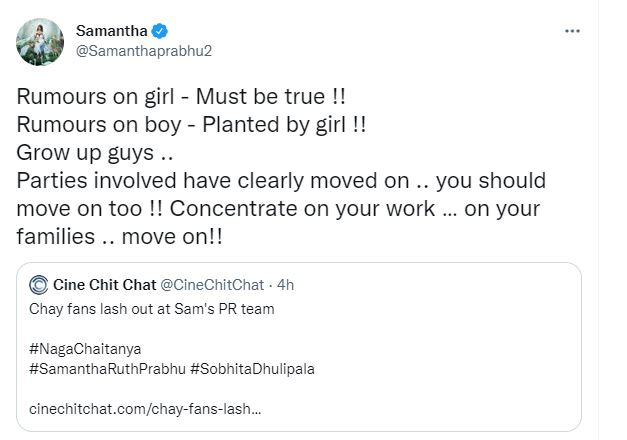 Samantha’s tweet has garnered a lot of reactions from social media users.

“The real thalaivi,” a netizen commented. “Proud of you..please don’t give heed to these stupid reports,” another one wrote.
Samantha has been at the receiving end of trolls ever since she along with Naga Chaitanya announced their separation last year.

Talking about her life post-divorce, she had said in a statement, “Your emotional investment into a personal crisis has overwhelmed me. Thank you all for showing deep empathy, and concern and for defending me against false rumours and stories that are being spread. They say I had affairs, never wanted children, that I am an opportunist and now that I have had abortions. A divorce in itself is an extremely painful process. Let alone allow me the time to heal. This attack on me personally, has been relentless. But I promise you this, I will never allow this or anything else they say, break me.”

Samantha and Naga Chaitanya, co-stars of films like Manam, MajiliYe Maaya Chesave and Autonagar Surya, got married in 2017. They announced their separation on social media in a joint statement in October last year.