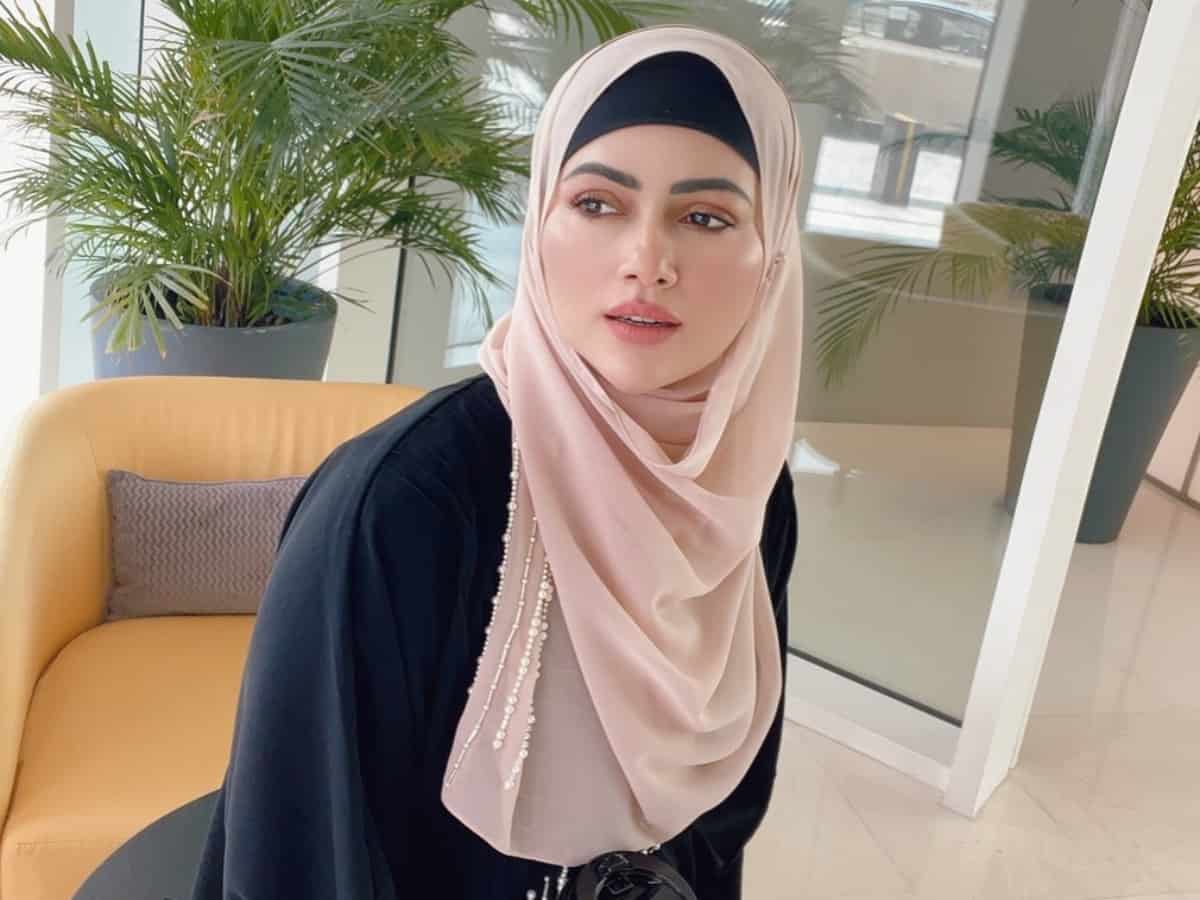 Mumbai: Former actress Sana Khan, who made headlines last year after quitting showbiz, is an avid social media user. She often posts pictures with her husband and also keeps updating her fans with thought-provoking quotes and verses from the Holy Quran.

While many praised her for her stunning look there were a few of them who trolled her for wearing a ‘Hijab.’ One troll when on to ask her what’s the point of all the education if she has to stay in a hijab, to which Sana Khan gave befitting reply.

She wrote, “Mere bhai, jab parde mai rahke I can do my business, have amazing in-laws and husband what more. I want. Most imp Allah is protecting me in every way. Alhamdulillah. And have completed my education too. So isn’t it a win win situation??”

Recently, Sana Khan’s picture from her Dubai vacay with husband Anas went viral on social media. Have a look at them below.

When she hit the headlines with shocking decisions

In October last year, Sana Khan took to her Instagram and announced that she is quitting showbiz forever. Sana penned a lengthy note and expressed that the entertainment industry has given her all kinds of fame, honour and wealth but she has realised that she should not make “wealth and fame” her only goal. She then added that from now on, she will “serve humanity” and follow the order of her Creator. Sana went on to call it her “happiest moment” and asked fans to always remember her in their prayers.