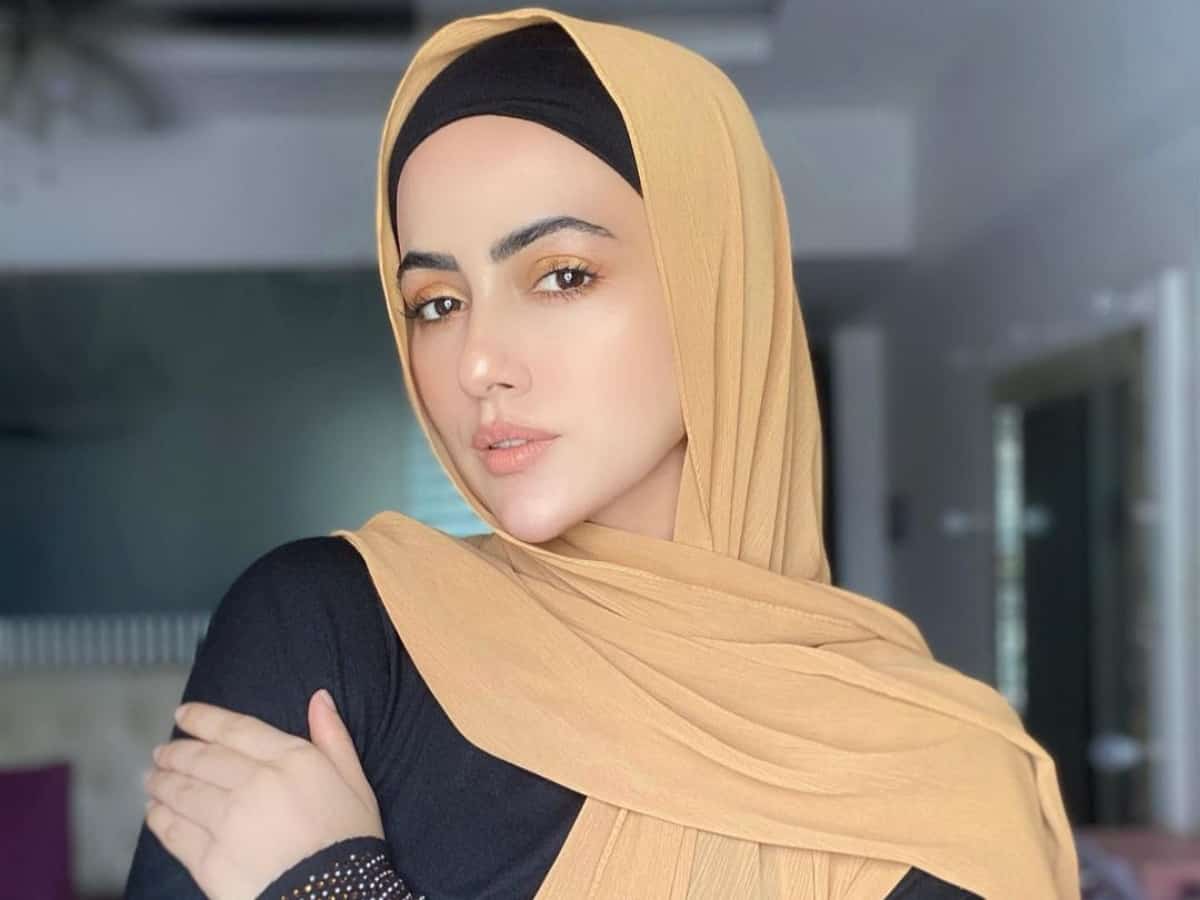 Mumbai: Former actor Sana Khan, who is an avid social media, recently took to her Instagram and dropped a post wherein she spoke about the beauty of wearing hijab. Sharing a stunning photo in which she looks gorgeous in black abaya, Sana wrote, “Hijab on your head has thousand times more beauty than a crown on a queens head.”

Go through Sana Khan’s Instagram and you will see her profile filled with modest pictures which also reflects her love for beautiful hijab styles.

Sana Khan often faces criticism online for her decision of choosing religious path and also for wearing hijab. In June this year, she had responded to a person on social media who questioned her for wearing hijab ‘despite her education’. Troll wrote, “Itna padai likhai kast karke kiya faida wohi toh sabke jaisa pardeke andar rahena (What’s the point of your education if you’re going to hide behind a veil)?”

To this the former Bigg Boss contestant replied, “Mere bhai, jab parde mai rahke I can do my business, have amazing in-laws and husband what more. I want. Most imp Allah is protecting me in every way. Alhamdulillah. And have completed my education too. So isn’t it a win-win situation?”

Sana had announced her exit from the film industry in October 2020 and tied the knot with Mufti Anas Sayaid next month, in November.