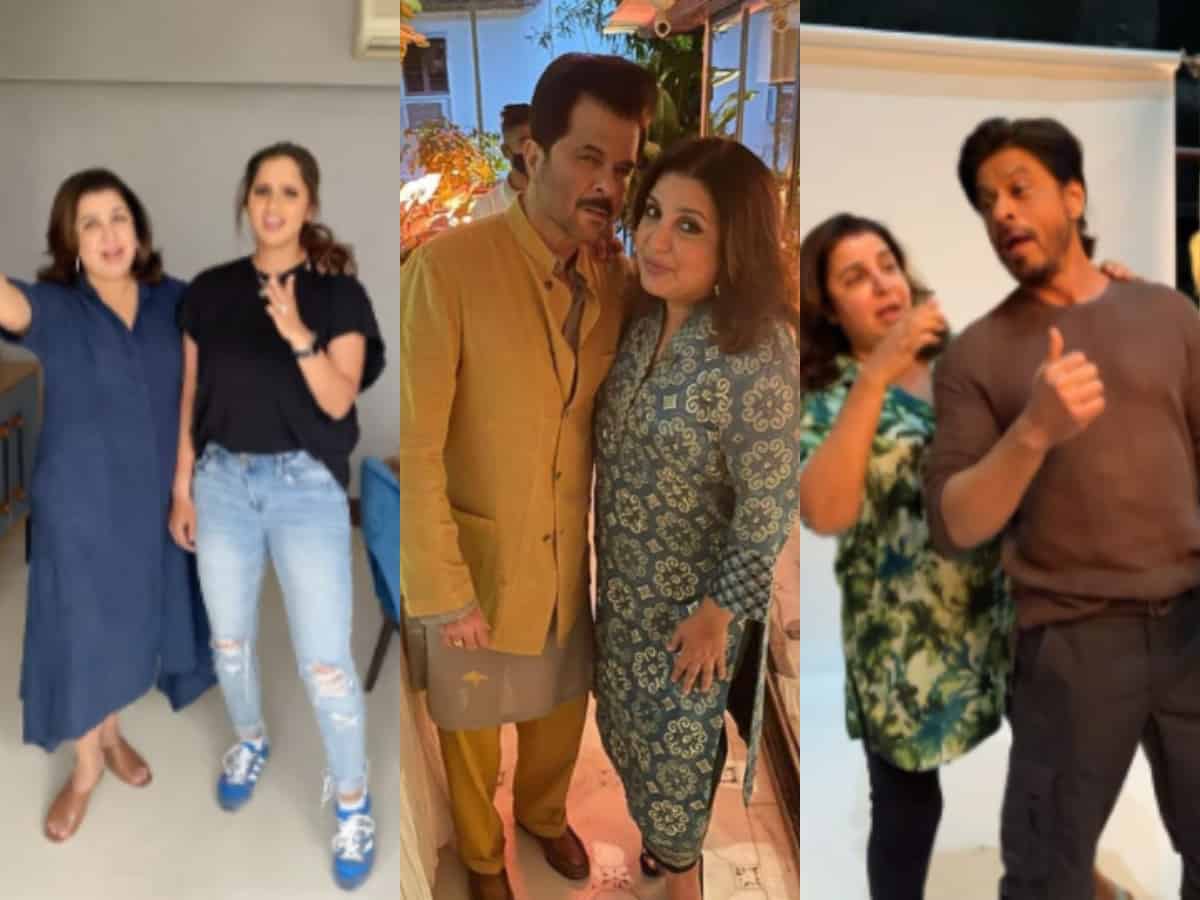 Mumbai: Bollywood filmmaker Farah Khan, on Wednesday, shared that she has tested positive for COVID-19. Taking to Instagram, she revealed that despite being fully vaccinated, she has contracted the virus somehow, even though she was working with “mostly double vaxxed people.”

“I wonder if this happened coz I didn’t put my “kaala teeka”.. Despite being double vaccinated, and working with mostly double vaxxed people.. Iv still managed to test positive for covid.. Iv already informed everyone I came in contact with, to get tested. However if I have forgotten someone (because of old age n fading memory) pls test urself. Hoping to recover soon,” Farah wrote.

In last few days, Farah Khan met many celebrities including Shilpa Shetty, Shah Rukh Khan, Hrithik Roshan, among others. She was even shooting for the Zee Comedy Show with TV celebs like Sanket Bhosale and Sugandha Mishra amongst others.

Farah Khan recently met superstar Shah Rukh Khan and recreated Main Hoon Na’s title track. She even shared the stunning video on her Instagram and wrote, “With my Most favourite.. one & only @iamsrk there’s No1 like you… #mainhoonna #farahkefundays.”

Sania Mirza and Farah Khan share a cordial bond and their friendship is known to all. The two met in Mumbai recently before the tennis player jetted off to America for her matches. Many pictures and videos from their meeting went viral on social media.

Farah Khan was even spotted at Anil Kapoor’s daughter Rhea Kapoor’s wedding party. The Bollywood filmmaker posed with the likes of Arjun Kapoor, Anil Kapoor, and was amongst the first ones to share a video from inside the celebration.