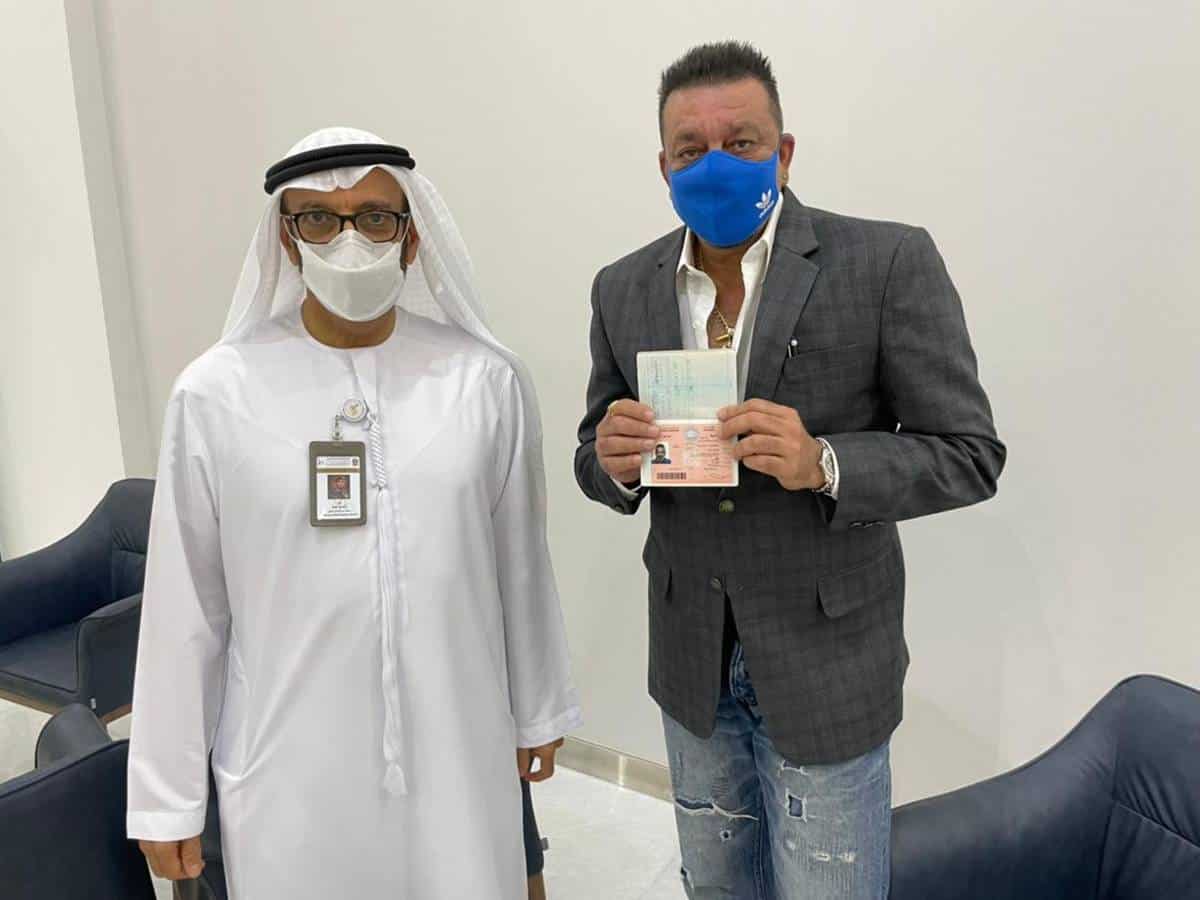 Abu Dhabi: Bollywood actor Sanjay Dutt on Wednesday has been granted the United Arab Emirates Golden visa, he said in a tweet.

The 61-year-old took to Twitter and expressed his gratitude.

“Honoured to have received a golden visa for the UAE in the presence of Major General Mohammed Al Marri, Director General of @GDRFADUBAI. Thanking him along with the @uaegov for the honour. Also grateful to Mr. Hamad Obaidalla, COO of @flydubai for his support,” Dutt wrote alongside his photographs with the UAE authorities.

As per media reports, Sanjay Dutt is the first Indian mainstream actor to receive the Golden visa.

The golden visa was created by the government in 2019 that allowed long-term residence for a foreigner to live, study and work without the need for a national sponsor. The visas are valid for 5 or 10 years and are automatically renewed.

Dutt joins a host of other global stars to be granted the golden visa, including footballer  Ronaldinho and Egyptian rapper and actor Mohamed Ramadan.

Over the past years, Sanjay Dutt and his family spent a considerable amount of time in the UAE.

The Dutt family regularly shares photos from their trips to Dubai. In fact, when the lockdown was announced in India last year, his wife Maanayata and his children Iqra and Shahran were in Dubai. He was only able to visit his family after the restrictions were lifted.

The actor also recently wished the crown prince of Dubai on the birth of twins.

Sanjay Dutt took to his Twitter handle to congratulate Sheikh Hamdan on the birth of his twins. The actor wrote, ‘Congratulations to His Royal Highness Sheikh @HamdanMohammed on welcoming the twins. I wish them all the love, luck and happiness in the world.’